Honouring Paul McCartney and The Beatles

Our favourite songs about someone by the fab four

Honouring Paul McCartney and The Beatles 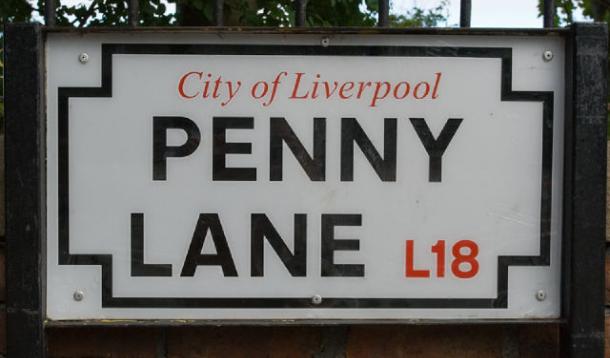 Iconic artist and philanthropist Paul McCartney will be joined by Tony Bennett, the Cast from The Beatles “Love” by Cirque Du Soleil, Coldplay, Duane Eddy, Foo Fighters, Alicia Keys and Diana Krall as the 2012 MusiCares Person of the Year during the 2012 Grammy Awards celebrating his exceptional artistic achievements as well as his philanthropic work. The Grammy Awards airs this Sunday, February 12th.

For so many parents, naming their children John or Paul may not be directly because of The Beatles, but I’ve been told by some that names such as Lennon, Harrison, Abbey, Lucy and even VeeJay (their first record label) were in honour of the group. Along with my music-loving husband Eric, here are our favourite songs by The Beatles that are names to consider if you’re a fan of music’s fab four.

Lucy In The Sky With Diamonds

Ok, it was mostly written by John. And in no way were drugs involved in writing this song.

McCartney said he came up with the name Eleanor from actress Eleanor Bron, who had starred with The Beatles in the film Help! Rigby came from the name of a store in Bristol, Rigby & Evens Ltd, Wine & Spirit Shippers, that he noticed while seeing his then-girlfriend Jane Asher act in The Happiest Days Of Your Life. In the 80s, it was discovered that a graveyard of St. Peters Church in Liverpool, where John Lennon and Paul McCartney first met, contains the gravestone of an individual called Eleanor Rigby. Paul McCartney has admitted he may have been subconsciously influenced by the name on the gravestone.

When McCartney introduced Lennon to his new composition, he came to "the movement you need is on your shoulder" and told Lennon "I'll fix that bit." Lennon asked why, and McCartney answered "...it's a stupid expression; it sounds like a parrot." Lennon parried with "You won't, you know. That's the best line in the song." McCartney thus left the line in, and later said "...when I play that song, that's the line when I think of John, and sometimes I get a little emotional during that moment.

Get Back (Jo-Jo and Loretta)

Fun trivia: It’s the the closing track of Let It Be (1970), which was the Beatles' last album released just after the group split.

The song's title is derived from the name of a street near Lennon's house in the band's hometown of Liverpool. McCartney and Lennon would meet at Penny Lane junction in the Mossley Hill area to catch a bus into the centre of the city. It’s also the name of the Kate Hudson’s character in one of our favourite movies, Almost Famous.

Eric and I scoured our collection of books, magazines and music and came up with this list of names that may be inspired by The Beatles. To be sure, the list ranges from the obvious to the obscure:

(For all things music, you can follow Eric on Twitter @ThatEricAlper or find him at his blog, www.ThatEricAlper.com)

Some Shakespearean Baby Names to Consider 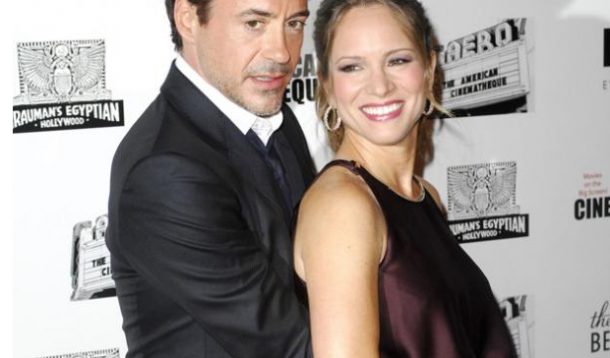 Robert Downey Jr. and his wife Susan welcomed their baby boy into the world on Tuesday February 7th in Los Angeles. He surprised his wife earlier this year when he revealed the baby’s gender on Jay Leno’s night show.  But he managed to keep the name to himself until after he was born: Exton Elias Downey. The couple have yet to reveal the meaning behind the unique name choice. It could be that the Downeys are fans of Shakespeare and chose the name based on Sir Pierce of Exton from his Richard II.

Elias is Hebrew, Greek and English in origin and means My God is the Lord. Robert Downey Jr. Has an 18-year-old son who also has a unique name: Indio.

If you love Shakespeare, here are some names that are a little more (ahem) mainstream than Exton:

Antonio – TheTempest, The Two Gentlemen of Verona, Merchant of Venice

Beatrice – Much Ado About Nothing

Bianca – Taming of the Shrew

Claudio – Much Ado About Nothing

Curtis – Taming of the Shrew

Joseph – Taming of the Shrew

Julia – The Two Gentlemen of Verona

Katherina – Taming of the Shrew

Margaret – Much Ado About Nothing

Nathanial – Taming of the Shrew

Nicholas – Taming of the Shrew

Peter – Taming of the Shrew

Phillip – Taming of the Shrew

Siliva – The Two Gentlemen of Verona

When everything falls into place 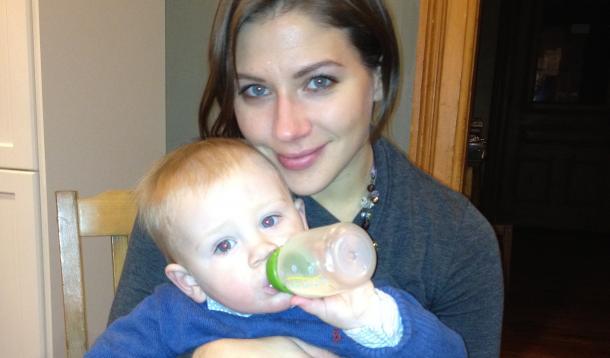 I met Chrystina and her son Lev at The Babytime Show last spring. We had a long talk about his name and the meaning behind it. I have held on to this special name story to share at just the right moment. With Valentine's Day coming up, I thought the timing was perfect to share the story about how little Lev was given his name, as told by his Mom:

A little background on my husband and I. My husband Aaron is Canadian with German and Irish blood (mixed with some Native American and Canadian Indian on both sides), although his family has been here since the 1700's. I was born in Canada, but blood-wise, I am 100% Ukrainian. My father is from Lviv, the Western, patriotic capital of Ukraine and all my grandparents are also from Western Ukraine.

Several of Aaron’s male relatives bear the name Richard, so we knew from the start that our baby boy’s middle name would be Richard. We wanted a Ukrainian first name for our son.  We wanted to honour my heritage and it would allow for a traditional name that—in Canada—would be unique.  We didn't want something different just for the sake of being different. Our top four choices were: Nykolai, Roman, Theodore (pronounced TEH-OH-DOOR) and Lev.  We couldn't decide on one name because we loved them all, so I proceeded to research each name, starting with Lev.

I speak Ukrainian, so I already knew that Lev means 'lion' in Ukrainian.  This is partly why Lev was on our list: our son is a Leo and my husband and I LOVE animals, especially cats.  I also knew that the city that my father's from—Lviv—is named after the founder's son, Lev Halytsky.  A quick online search revealed that Lev means 'heart' in Hebrew, an undisputedly beautiful word, which appeals to the yogi side of my character.  My spiritual and yogi friends also adore how Lev also sounds a lot like 'love'.  My online search also revealed that Lev is short for Leviticus (as in the Book of Leviticus in the Old Testament) and the Leviticus priesthood is descended from none other than Moses's brother, Aaron.  This fact took my breath away: 'This is unbelievable' I thought to myself, 'Lev is descended from Aaron and Aaron's my husband's name!'

I called my husband immediately and shared with him this amazing information.  It's at this point that we decided we'd name our son Lev.  "If we don't", we thought to ourselves, "surely we'd get struck down by lightening."  It was a nice touch that naming our son Lev Richard (in other words, the 'lion-hearted' Richard) would also reflect my husband's love of Medieval history.   Fast-forward to three-and-a-half-months after my son's birth.  I was reading Eat, Pray, Love and Elizabeth Gilbert was explaining how in the Balinese culture it is not the your birth date that's important, rather it's the day of the week that you are born that bears significance.  She used Thursday as an example.  This piqued my interest because Lev was born on a Thursday.  Gilbert explains a bit about Thursday's child and she goes on to say that he has two guiding animal spirits—the lion and the tiger.  This floored me!  Not only is Lev a Leo, but—according to the Chinese calendar—he's a tiger!  What's more, he was born in 2010 and this was an auspicious year in that it was the year of the white tiger, which happens only ever 60 years.

So that's my humble story of my Little Lev's not-so-humble name. I don't think I have to tell you that we're stumped for names should there be a baby number two!

I love a good name story! Are you ready to share yours? Email me at [email protected] I would love to make a monthly feature sharing your stories here.