And That Other Time When I Went To Her House 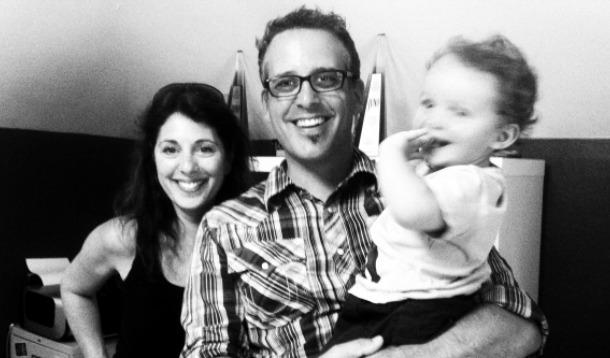 If you're "of a certain age" the name Erica Ehm is a lot more to you than just the name and face of the Yummy Mummy Club.

Erica Ehm, Monika Deol, Michael Williams, JD Roberts, and Steve Anthony were our Ryan Seacrest.  Pop culture icons is the only way to describe them.

So imagine the Belieber level of silly clapping and dancing and screeching I did that time Erica Ehm called my house.

I had started DadCAMP, a parenting blog, in the fall of 2009 and in the spring of 2011 Erica was on my phone asking me to join her team.

I said yes in a heartbeat.

Over the past year I have gotten to know Erica Ehm as more than the face and voice I saw on tv everyday growing up.  She is encouraging, flattering, inspiring, visionary, creative, talented, and driven.  She knows what she wants, and she will make it happen.

The new YMC that was launched this year is so beautiful and filled with growth.  When she showed me the mockups last summer at her home (OMG, yes! I was at Erica Ehm's HOUSE!), I knew she had a winner, and she does.

So it was with a sad face that today I had to be the one to call Erica Ehm to say it was time to leave the nest.  I have been offered a writing gig with another online publisher.  Some will say it's fitting that my new assignment will start on April 1 and I'm a fool to leave this online community.  Perhaps.

Thank you Erica for giving me my first steps on a bigger online stage. I'm eternally grateful.

See you on the twitternets @buzzbishop and @dadcamp and at my new page, which I will be allowed to reveal on April 1.