Where Can A Girl Get A Superhero Toy? 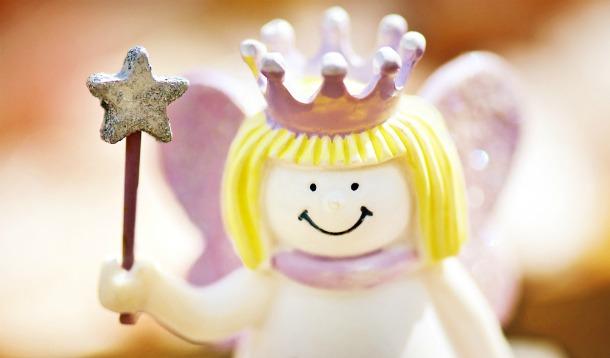 My guys are only 4 and 2, but in a decade I'll be glad to worry about just 2 boys instead of a locker room full of them.

The princessification of our girls flows right alongside the mass marketing to boys of Transformers and Star Wars and Cars. Marketers have distilled the gender types into such specific descriptions that we now live in a black and white (blue and pink) world when raising our kids.

Girls are princesses, boys are warriors. Disney likes it like that, in 2009 they made nearly $4B off their princess brands alone.

Still, Riley would like things to change. I mean, why can't girls have superhero toys and boys have princess toys?

Lego made headlines last week when it announced it was releasing female friendly sets. That immediately led to the questions of "when was Lego not female friendly?"

My niece and son played on Christmas morning for hours with a traditional set of red, blue and green blocks and not once did she pine for something pink.

The princess model creates a world where Barbie says "math is hard" and people like the Kardashians are role models. Princessing our daughters grooms them for Toddlers and Tiaras and teaches 5 year olds to label their 3 year old rivals as "hookers."

"Dr. Melanie Waters, lecturer in English literature and specialist in feminist theory at Northumbria University, absolutely has a problem with the princess culture. "[Princess dolls] are promoting a very narrow and prescriptive view of femininity, and one that ought to be outmoded in the 21st century," she tells Ebner. "I think they are regressive. They encourage girls to be passive, and to nurture. There's an aggressive focus on beauty, hair accessories and other images that promote the idea that girls should be concerned with their appearance".

From an early age, girls are being socialised, it seems, for the caring, soft "feminine jobs" that perpetuate gender stereotypes, job segregation, and lower pay rates."
[Jezebel]

I'm not wanting us to go off the gender deep end by raising a completely neutral child as one couple recently made headlines by announcing this past year, but let's not stick them in completely separate boxes.

There needs to be balance. I wear pink shirts, as do my sons. I've picked him up from school with pigtails and a tutu on because other kids were trying it. My 5-year-old niece asked for tools for Christmas so she could woodwork with her dad. Why can't we just follow their lead instead of determining their future for them?

Now there is argument to be made that princessing our girls is no more likely to turn them into D-List celebs with a sex tape than Transformers is to turn our sons into machine gun toting maniacs. Active parents who put education and environment above all else will be the guiding forces of our children.

How do you feel about the pink princessification of our daughters?