They Don't In Sweden 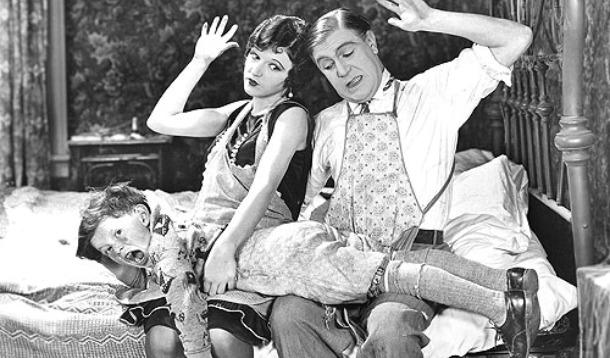 Confession time: I have spanked my kids and it really did hurt me more than it hurt them.

Spanking is an outlet for a situation gone bad. A build-up in parenting pressure that explodes on your child's behind.

A point of clarification: I have never "consciously" spanked my kids. That is, I've never plotted it as a reasonable punishment for a transgression. Instead, a spank is a blind, fury-filled over reaction. It's a blood-boiling attempt to control my kids and show them who's boss.

Is it wrong? I'm not sure, but I know it's not right. I'd love the eternal patience of a saint to soberly navigate the parenting waters, but sometimes I fail.

For now, parents are protected by the Canadian Criminal Code when it comes to spanking.

The Supreme Court of Canada ruled in 2004 that parents have the right to spank their children. But the country's top court also set out "reasonable limits."

Spanking could be used against children between the ages of two and 12 years old.
Children could not be disciplined with an object.
Hits to the head would be unacceptable. [CBC]

Children who have experienced physical punishment tend to be more aggressive toward parents, siblings, peers and, later, spouses, and are more likely to develop antisocial behaviour, said Joan Durrant, of the department of family social sciences at the University of Manitoba and Ron Ensom of Children's Hospital of Eastern Ontario in Ottawa.[CBC]

How can you not agree?

If you're a remotely sensible parent, the wave of guilt flows over you the second there is contact. "It hurts me more than it hurts you," is not an empty sentence. I feel like a failure for having lost control enough to resort to spanking.

There are programs to help guide parental perception and attitude to corporal punishment. Toronto Public Health has "Spanking hurts more than you think" and the Public Health Agency of Canada sponsors "Never spank!" These programs should be supported, encouraged and broadened.

I'm sure there will be a day when it will no longer be "acceptable" to hit a child between the ages of 2-12. These attitudes are hold overs from an era exempt of helmets, child labour laws, car seats and common sense.

Already there are more than 2 dozen countries in the world that have banned spanking, Sweden being the first in 1979. Venezuela, Uruguay, Portugal, Spain, and Costa Rica also don't permit spanking. While Sweden has a lower rate of child deaths due to abuse than 20 out of 27 developed countries, other studies have suggested that the spanking ban has made little change in problematic forms of physical punishmentFe.

Feeling the pressure build? There are some great YMC resources on the topic. Here's 8 Alternatives to Spanking and specific advice on how to Tame a Toddler.

What's your take? Should parents have a 'right' to spank their kids?