They Clearly Don't Understand The Importance of Timing 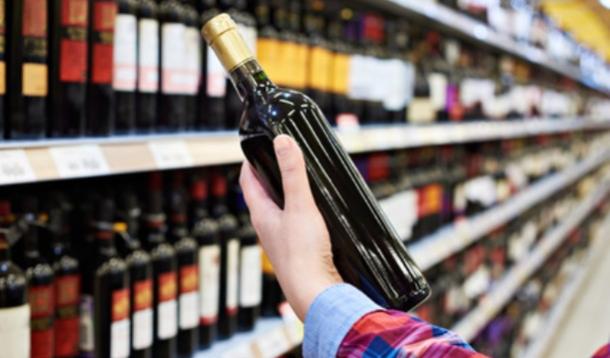 Wine will be sold on the shelves of several grocery stores and other retailers, including Wal-Mart, in Ontario beginning October 28, 2016. For all of us, however, that news comes far, far too late.

It was a cool, cloudy day in September. Friday, actually. And like thousands of stay-at-home and work-at-home moms, I braved the Wal-Mart parking lot for one last stab at back to school shopping. After taking an elbow to the side in the initial rush through the entryway, I was able to secure us a klunker - a cart suffering from intermittent tics and jolting bangs.

Haters gonna hate. It beat the cart that was filled with corn husks and silk.

My son's school prefers to hand out the BTS shopping list after​ school begins. However, as a battle-hardened veteran heading into year three, I have a keen awareness that 99.998% of available supplies will have vanished into the Retail Bermuda Triangle by the end of this weekend, next week's BTS shopping list be damned. Therefore, at our school, one must guestimate how many binders and glue sticks they will be asked to procure - kind of like an invisible back to school "Guess the number of Jelly Beans in the jar" except you're buying the Jelly Beans for 85 cents a piece, and the grand prize winner doesn't have to make a special second trip to Staples.

We wound our way through the first aisle of 17 miscellaneous locations that BTS supplies had been secreted in around the store - ten feet past the entry mat. I picked up a package of mechanical pencils and tried to psychically divine whether my kid's teacher will be asking us to secure "Four Pocketed (Not Duo-tang!) Folders in Rainbow Colours of Red Yellow Green and Blue" - as they did last year.

As we turned into aisle two, the kid piped up: "Can we go now?"

As we detoured through the boy's clothes, I found exactly one size 7 shirt in long sleeves. SCORE. With my trophy, I continued to meander, dragging sullen kidlet in tow, wondering why I didn't buy pencil cases when they were EVERYWHERE two weeks ago and nowhere to be found on this terrible day.

Next up: buying shoes.

For those of you who have never gone shopping for kids' shoes at Wal-Mart in BTS season, the experience is a little bit like being on Earth in Wall-E. Only... instead of a cute robot stacking garbage, you have Satan stacking mountains of shoes that are only one thin elastic tie away from pure chaos in some sort of unknowable organization system that cannot be comprehended by the minds of men.

While searching shoes, my son continued to ask me if we were "done yet" and then proceeded to inform me, in a seven minute gripe, how hard his life of standing by the cart was.

Just as I was about to offer him up as a sacrifice to the retail gods, they smiled on me enough to find not just one, but THREE pairs of shoes in the correct size. I interrupted my son's tragedy monologue and instructed him to take the first pair, sit on the bench, and try them on. He, pissed out of his mind that I wasn't taking his complaint about life hardships seriously, decided he had enough of my authority and sat in the middle of the aisle by the cart to try on the shoes.

Pairs one and two were fine and dandy. Pair three? It had laces. Laces proved to be the straw that broke the camel's back.

My eight year old son lay down, in the middle of the aisle, to protest the indignity and unfairness of life and shoes with laces. Fortunately, the other moms there? They were like:

That was the straw that broke this camel's - I mean, mom's - back too. I threw the lace up shoes in the cart, and was like "I am done. Done. Done done done done dooooone."

I abandoned the rest of my errand list for the day, which ironically involved a trip to the LCBO for wine, and nope. Nope. Done.

So there you have it, Ontario's new laws regarding the sale of wine will come out almost two months too late.

But... ironically, they'll be just in time for those of us who are done with Halloween.

RELATED: Wine Accessories You Need in Your Life