Dear Son, You're Not Entitled to Rape

We need to have this conversation, and I think now is the perfect time. 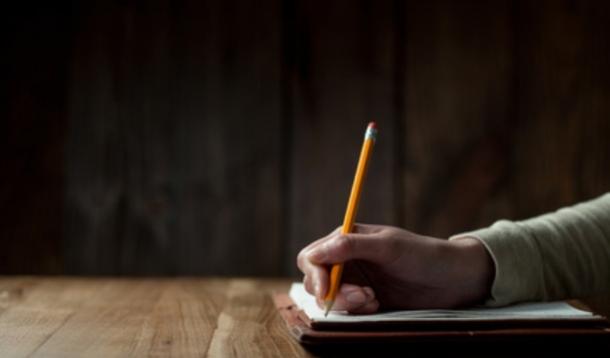 I know you're only eight years old, but we need to have this conversation, and I think now is the perfect time. You think girls your age are gross, and you still call me "momma," and you hate having to hear anything to do about changes to your body. But you still have that fierce sense of justice that only the very young seem to have. That ability to see so very clearly what's right and not right. That's why this is the perfect time to tell you this message:

You're not entitled to rape.

I want you to know a terrible truth. I want you to know that most of the girls that you know in your class will be hurt by men and boys. Ones just like you. They'll be victims of rape, sexual harassment, and violence.

They didn’t deserve to be used or abused.

I didn’t deserve it.

I am not the exception; we are the rule.

The world will tell you a different story in the coming years, if it's not telling you some of this already. You might be told that it's the girl’s fault you're distracted by leggings and bare shoulders in class. You might be shown that it's "normal" to say rude things to a girl; that you're entitled to touches or kisses. That sending dick pics to girls who don't ask for them is "something everybody does."

When something happens to the girls in your class, you'll hear people say "she brought it on herself." People will say it's their fault for dressing too provocatively, for walking alone, for not putting out when a boy bought her a meal. It'll be something that she should "suck up and deal with," "laugh off," or something they'll be taught is their responsibility to prevent - and their failure, if they didn't prevent it.

I expect you to know this, if nothing else: It’s not someone else’s responsibility to prevent you from raping or sexually harassing them. It’s yours.

Today, a boy like you is walking free. Brock Turner was raised to believe that he was entitled to take more than someone else was willing to give. He was taught that it was not his responsibility to exert control. He believed that caring for other people’s feelings was less important than caring for his own.

His “20 minutes of action” made another girl like one of us.

Growing up to be an adult is hard. You’ll have acne, awkwardness, and growth spurts to deal with. You’ll be fighting bullies, making friends, and finding yourself. It’ll take you years to come out the other side of puberty; it’ll be a decade before you grow up enough that you feel comfortable in your own skin.

Make sure you grow up comfortable in your own conscience, too.

Justice may not hold you responsible for how you treat a woman.

But your mother will.

RELATED: What Do My Boys Know About Rape?