Sometimes spending money is actually the cheapest - and smartest - solution. 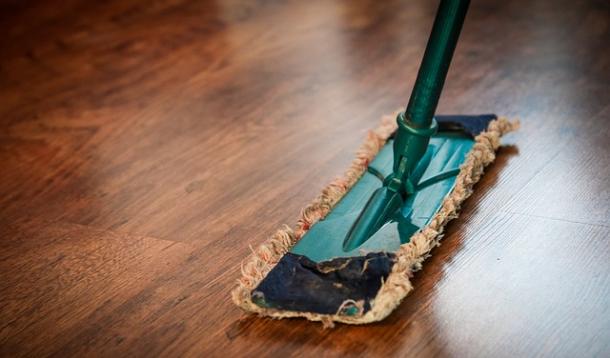 I hired a housekeeper even though I stay at home, and it was the best thing I've ever done. She comes every two weeks and takes care of the dusting, the floors, and the bathrooms. I love having a housekeeper, and I am going to keep her.

Now... how did that make you feel?

Did you turn your nose up at me? Are you jealous? Do you think I'm rich and entitled and spoiled, sitting on my duff and making someone else do my dirty work? Perhaps you just think I'm lazy, or a bad mom, or a terrible housewife.

If you thought any of these things, then congratulations. You understand 100% why for years I never even imagined I deserved help around the house until my life began to fall apart.

Despite the ever-increasing awareness about how much time women at home invest, stereotypes and expectations persist, and those weigh heavy. And things are worse when you're a working mom. And things are even worse when you're a work-at-home mom. As women, we have so much foisted on us by default and cultural expectation. We are the domestic core at the center of a family. People expect that we're the ones to take care of the kids, feed people, care about things like clean laundry and floors and those thousand details that make a house a home.

When I say it out loud, does that sound like an antiquated mode of thinking? Then why does it seem to be so ingrained in everyone's subconscious?

I work, full-time, at home. And things came to a head a couple months ago when I told my husband that I was thinking about quitting what I do for a living and finding a job - any job, as long as it took me away from home. That shocked him because after a year of hard work, I was making an income. I would throw that away and go work fast food?

I looked around my home and thought: I just can't cope. I wanted away from these four walls, away from the mess, and the chaos, and what felt like the unrelieved burden of childcare over the summer. To me, it felt like it didn't matter to my loved ones that I was spending 7 hours at a desk, the same as I did when I worked in an office a few years ago. It felt like when I was home, it didn't matter whether I made $200 dollars a month or $2,000. The amount of extra work expected of me was the same.

I was at home, where it was perceived that I should use my breaks to get up and do laundry. Because I didn't have a commute, I should vacuum the floors and make supper. Because I was here, we could save the income I would have been spending on child care.

I was at home, but I was working. I had deadlines and meetings and responsibilities that for some reason seemed to matter less than the state of the house... because I was here. And that's why I thought about giving up work I loved to be the lowliest fry cook: because I had never wanted to be a homemaker, and yet that's exactly what I was in the eyes of others regardless of what my pay and work hours were.

As the keeper of the home, I was a failure. It was hurting our marriage, causing me stress, and my health was deteriorating.

I was permitted by my husband, when I was unable to permit myself - even in the face of this breakdown - to do what this guilt wouldn't allow me to do: get help.

When Leona showed up, the first thing she asked me was "What can I do to help you?" and I cried, because it had been so long since I heard that phrase uttered to me by someone who really meant it. Leona kicked me out of my own kitchen and spent the next three hours setting my kitchen and living room to rights. The next week, she did the kitchen again, and our upstairs in three hours. She even made my son help her make his bed. The next week, she did the kitchen and the basement in three hours. And suddenly... I had a magazine-clean home...

She was only supposed to help us catch up, but we decided to keep Leona. Leona spent nine hours doing a deep cleaning of my home for less money than it would cost to send my son to camp for a week.

When we reached maintenance, we were told it was going to take six hours of cleaning a month, not counting daily work like laundry and dishes. Is six hours of cleaning something most of us would do even if we wanted to? I think that, more than anything, put it really in perspective how much work it was going to take to keep the level of clean my husband really wanted to have.

But I could keep my house magazine-clean for only $200 a month. It stopped our marital strife, and it improved my health, and it decreased my stress. I could spend more time with my son this summer and with clients, and less on feeling like I was constantly falling behind.

Why had I ever thought that was something I couldn't justify? Paying for help was, flat out, one of THE smartest things I've ever done.

Even if you work part time, even if you're a stay at home, this doesn't mean you don't deserve to be able to seek help. If you're feeling overwhelmed and resentful, don't let the expectations that you should take care of "womanly things" drive you into unhappiness. Give the middle finger to the idea of being so frugal that the cost savings comes out of you, instead.

After all, that shit's priceless.

RELATED: I Fed My Family on a Budget & it SUCKED