This Strawberry Peach Sangria Will Up Your Patio Party Game 1000% 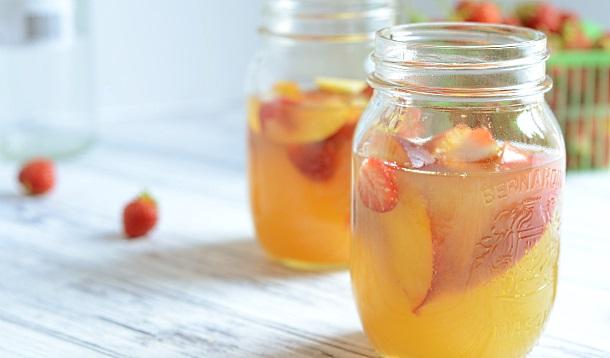 There's an awful lot of red wine sangria recipes out there, and they're pleasant enough, but I'm a bigger fan of white wine--if for no other reason than because red wine is unkind to me in the hangover department. Sangrias are so incredibly easy--virtually impossible to do wrong, actually - and something that I almost never make the same way twice. There's always a great new flavour, or a new fruit that's in season.

I like my sangrias on the tarter, fruity side (and often include lemon and melons), but some are super sweet, flavoured with honey, apple juice, or a soda like Sprite to add effervescence and a bit of a sugar syrup. You can also add shots of rum, Cointreau, or other liqueurs, but I've always been a fan of simplicity.

Strawberries are in here in Southern Ontario! I love when we get in the berries from the local farms. Compared to the gargantuan berries that get imported, the Ontario berries are very small. The flavour of these tiny berries, however, is huge in comparison with their monster counterparts from down south! So do yourself a favour and pack a pint into your shopping cart right now! You won't be sorry.  And neither will you be if you try this sweet-tart sangria.

Divvy the peach nectar and sliced fruit between four large goblet glasses (or jars). Top with chilled white wine, and let the flavours meld for at least 5 minutes before serving.

For a fruitier flavour, pre-prepare the sangria in a pitcher, cover, and let chill until ready. The longer it sits, the more intense the fruit flavour will be! 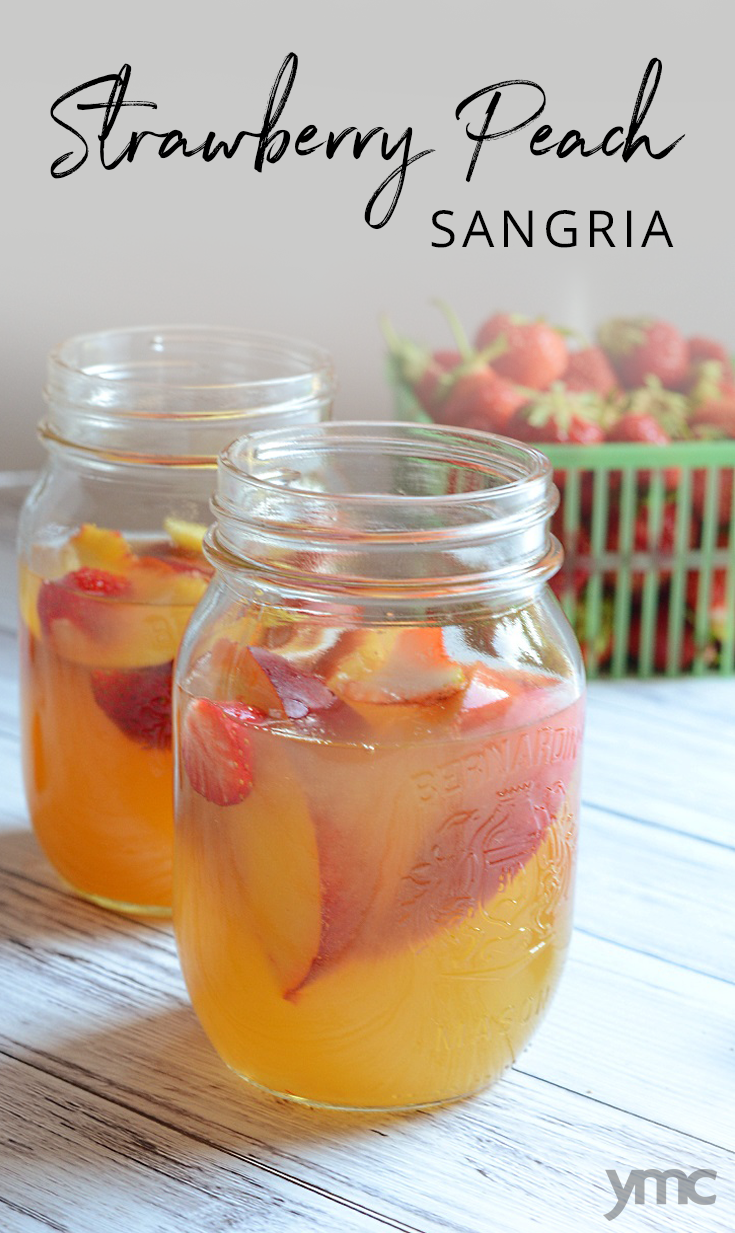