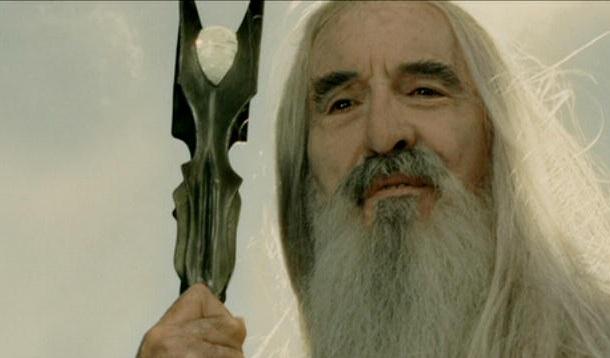 The world is a little bit of a darker place now that Christopher Lee has passed away. He was 93 and he lived a life more amazing than most people will ever hope to do. Here are some amazing things about Sir Christopher Lee, because the man many today know as Saruman from Lord of the Rings and The Hobbit was not only a great and powerful wizard, but also so much more.

What was he knighted for, besides being awesome? His service to drama and charity. 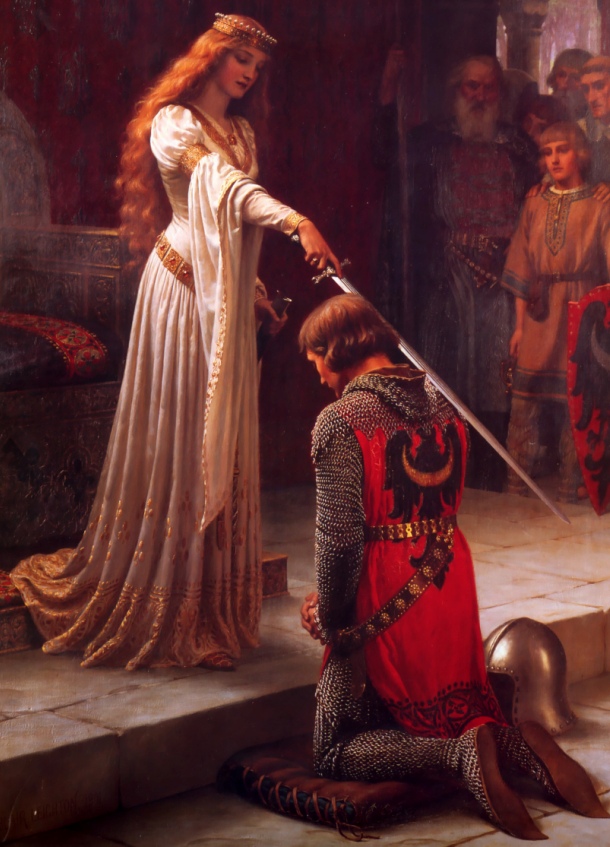 His mother was an Italian Countess who was actually descended from the line of Charlemagne.

Like. Cool. So he was technically some kind of royalty.

He was a military badass WWII Special Forces Vet.

He volunteered to fight with Finland, fighting evil Soviet Commies in WWII when it broke out in 1939. But they sidelined him and the other British volunteers with guard duty, so he returned home and lay in wait as a mild-mannered clerk until the British were facing Nazis. Then he joined up with the RAF, later joined their Intelligence branch, and did some secret work for the branch that would eventually become the SAS. This is all he had to say about it:

"I was attached to the SAS from time to time but we are forbidden – former, present, or future – to discuss any specific operations. Let's just say I was in Special Forces and leave it at that. People can read in to that what they like."

He was always pretty close-lipped about these years of service, but it's public record that he retired as a Flight Lieutenant in 1945, he hunted down Nazi war criminals, he'd been personally decorated for battlefield bravery by the Czech, Yugoslavian, English, and Polish governments, and he knew what it really sounded like when a man was stabbed in the back.

He was freakin' tall.

He was 6'5" in 1940. While today you may say "So?", back then people were munchkin-sized and he was told he was actually too tall to be an actor. Of course, (not-yet-Sir) Christopher Lee said "Right, I'll show you..." (direct quote) and went on to do it anyway, because he didn't give a crap about the opinion of puny mortals. In fact, the Guinness Book of World Records actually gave him an award for being a tall actor.

He was a step-cousin of Ian Fleming, author of the James Bond novels.

Small wonder he played a Bond villain, Francisco Scaramanga, in The Man with the Golden Gun later on. And rocked it. Look at that face. Has won awards for the number of movie and TV roles he's played in (over 200).

Before he died, he had most roles of any living actor. And included in this lengthy, prestigious award list is "Most sword fights." You don't get much more manly than that.

Did I mention he was really good at fencing?

This might have contributed to his "most sword fights" swagger. Possibly.

In addition to rocking the Bond villain, he has been a mummy, Dracula, Lucifer, Death, Count Dooku, Saruman the White, Fu Manchu, and Lord Summerisle.

He had more lives than a cat.

During his military career, he spent leave in Naples and climbed Mount Vesuvius, which erupted three days later. Apparently it had to wait for him to leave town. Christopher lee also purportedly survived tripping over live bombs (which were too in awe of him to detonate).

Tolkien reportedly gave his blessing to this amazeballs giant hunk of actor to be Gandalf the Grey. Peter Jackson, of course, decided to make him Saruman. He crushed that role anyway. Sorry Tolkien.

As if, you know, being descended from Charlemagne wasn't awesome enough, he also hobknobbed with royal assassins. Ironically, many years later, Lee would end up playing Rasputin.

Among them were German, English, Spanish, Italian, French, and Mandarin. The modest Christopher Lee admitted he only spoke Swedish, Russian, and Greek "moderately proficiently."

And he wrote a Heavy Metal album. About Charlemagne.

At age 87. Probably because he was sick of listening to your vanilla pop music and the oldies. 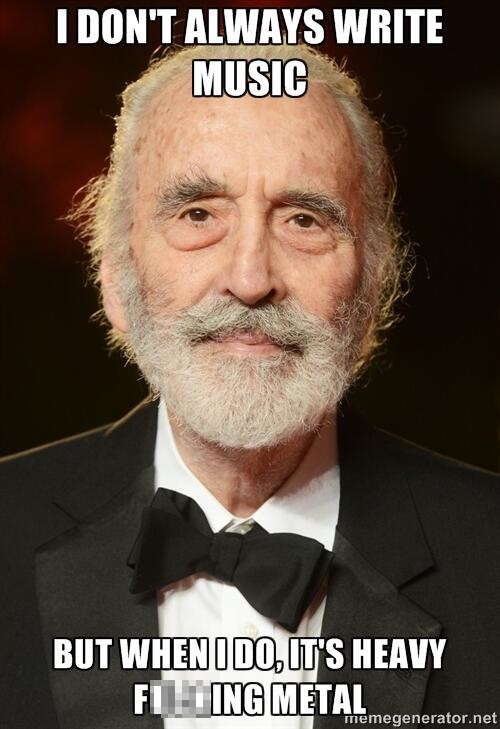 God bless and godspeed, good Sir. The world is unlikely to see the likes of you again.

We will miss you.