Because canning huge batches is overrated 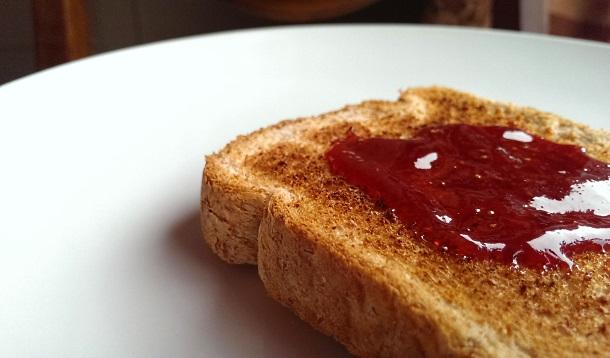 I was hobnobbing on a PR trip when the topic of preservation of foods came up, and it wasn't long before everyone admitted that they really wanted to learn canning, but were afraid of that dreaded b-word: Botulism. Botulism is no joke, and it can have deadly consequences. I admit, I'm one of those people who knows just enough about it to know I don't want to mess around. I detoured firmly into the realm of preservation by freezing, and I've been happily ensconced there since.

It's true, I may not be preparing well for the apocalypse by failing to have a bunker full of shelves lined with shelf-stable preserves. Nevertheless, freezer preservation, especially in jam, has a lot of things to recommend it:

1. You don't need any special equipment. Besides, you know, a jar.

2. You're not obligated to stick to anybody's recipes. You don't mess much with a recipe meant for standard canning - not unless you want to chance spoilage and that b-word. In fact, if you're a smart cookie when you're canning, you're using a recipe that's been passed down from your grandma's grandma - one you know works and is safe. When you use the freezer? You can put all sorts of awesome and unusual things in your jams and fruit preserves, like herbs, chocolate and wine.

3. Food tastes better. You aren't obligated to boil it to death and load it up with a pile of sugar if you don't want. One of my favourite preserves? Frozen oven-roasted tomatoes. I just used the last of last year's, and I'm getting a bit drool-y thinking about it.

4. You can make exactly as much as you feel bothered to make. One jar or a dozen? Up to nobody but you.

5. EVERYONE can do it. Yup, even you can do it, even if you've never made a jam before. 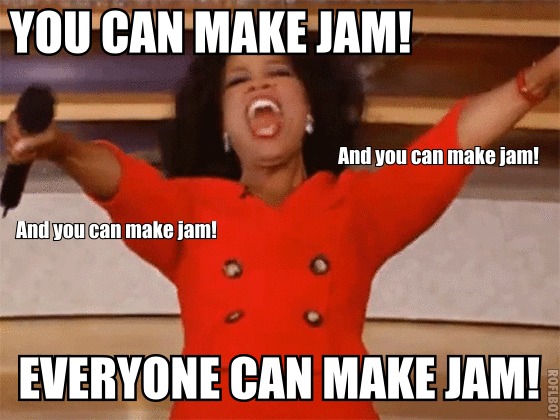 MAYbe... you just want to get cray cray and fool around with pepping up a recipe with something wild and unusual like cocoa powder, pepper, or liqueur without being stuck with a dozen jars of a horrible mistake that you have to decide whether to eat or throw away.

Allow me to introduce: the microbatch. It makes just one 500ml jar, and still at an amazing economic price.

I'm serious. You may have seen that I'm participating all month long in a Hunger Game challenge, and I've refused to cut my family off from all the things that they love just to make the budget. Well, this past weekend, I made jam while I was prepping some other foods. Costco had 2lb tubs of strawberries on for $3.89, and I calculated the price at roughly $1.51 a jar. You can't get prices that good even at No Frills.

More tart and fruity than the standard variety, this jam makes a great strawberry vinaigrette for spinach salads when mixed with a little bit of oil and a few drops of vinegar. It also tops pancakes, toast, and wowbutter sandwiches with the greatest of ease. I can't prove to you it's so worth the effort of making your own without sticking a spoon in your mouth, but rest assured: because this jam has just a wee bit of chocolate flavour to it, plain boiled jam will taste like sadness by comparison. 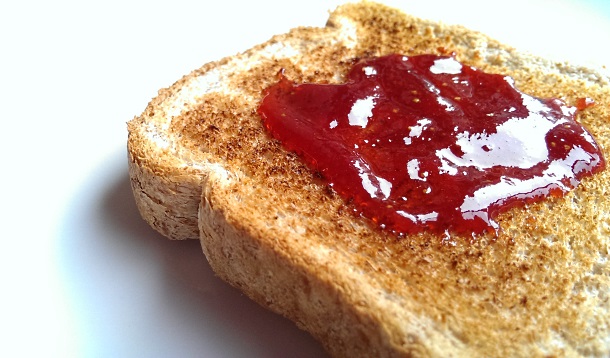 * For a firmer set, use a real lemon, and tie about 1 tsp of the lemon seeds into a scrap of cheesecloth to boil with the jam. Lemon seeds naturally contain a high amount of pectin, and you won't have to make yourself crazy figuring out how much powdered pectin to use. Yes, it really works!

If you don't have a cheesecloth, you can soak the lemon seeds overnight in a tablespoon of water, pouring off the pectin water (it will feel slimy to the touch, and that's exactly the way it should be!) into the jam at the start. If you don't use the lemon seeds, you may have to add a couple tablespoons more sugar to achieve a satisfactory loose set. 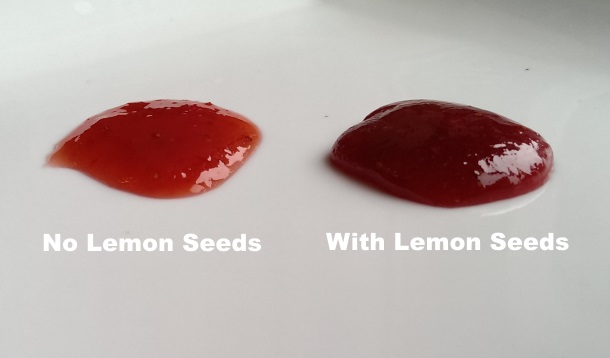 Hull and halve the strawberries. Put them in a bowl, and sprinkle about 1/4 cup of sugar over the top. Allow them to macerate for at least 30 minutes, but you can cover them and leave them overnight.

If you want a smooth-textured jam, pour the macerated strawberries into a blender, pulse a few times, and blend until pureed.

In a tall-sided saucepan over medium low heat, combine the puree, the lemon juice, remaining sugar, and lemon seeds if you decide to use them. Bring the jam to a simmer, and let it boil down for about 45 minutes to 1 hour, stirring regularly. Towards the end of that period, begin to skim the foam off the surface of the jam with a spoon.

Before jam is finished, set a clean and sterile 500ml jar (or two 250ml jars) in a saucepan with enough water to be halfway up the jars (jars should not be buoyant, and insides should remain dry). Set the pot and jars on the stove and then turn the heat on medium. Bring the water to almost a simmer to heat up the jars enough to keep the jam from cracking them.

If you have a candy thermometer, you want to bring the jam to about 225-230F. If you don't have a candy thermometer, use the cold plate test (see below). When the jam is done, remove from heat and turn off the heat under the jar(s). Remove the cheesecloth with the seeds (if you have it in there), and spoon just a spoonful of hot jam into a sturdy mug with the cocoa powder. Mix the cocoa powder thoroughly to prevent clumping, and then scrape the jam and cocoa powder into the pot with the rest of the jam, stirring to disperse the cocoa. If you would like a stronger cocoa taste, repeat the process with a pinch of cocoa at a time (a little goes a long way!).

Carefully pour the hot jam into the jar up to just below the thread line to leave some head space. You can save and store any extra little bit of jam in another container (ceramic or glass) in the fridge for near-future use after it cools down a little bit.

Place the lid on the jar, and screw the ring over top of it loosely - you don't want the jar to seal. You may either carefully remove the jar and set on a tea towel to cool, or allow to cool in the pot of water. If the jar seals itself, make sure you break the seal. Once the jar has cooled to room-temperature, you may set it in the freezer to finish setting. 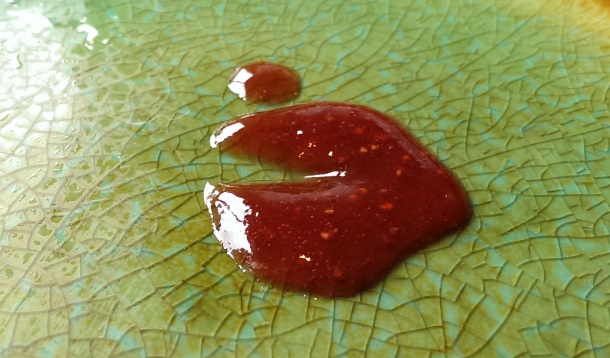 How to check for jam set when you don't have a thermometer:

When you become proficient in making jam, you'll be able to identify the signs of sheeting from the spoon when you stir it: when you hold a spoon horizontally, it will drip from the spoon in more of a sheet than a liquid drizzle. It's far easier for a novice to use the chilled plate test, however.

When you begin making your jam, set  a plate into the freezer to chill. When you suspect your jam may be nearly finished, retrieve the plate and drip a little jam onto the surface. Observe the surface for a high, glisten-y sheen.

If present, run your finger through the jam to make a furrow. If the furrow mostly remains without filling in, jam is ready to set, though you can simmer it for a little longer if it is still fairly loose and you prefer a firmer set.

Not ready for a big batch? You can make this small batch Strawberry Jam that will last up to two weeks in your fridge.