When spaghetti & pizza get married and have babies together. 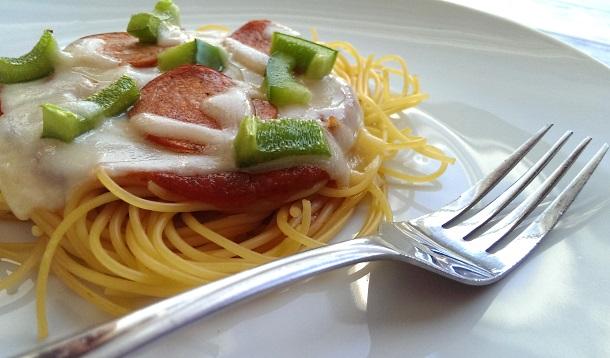 Kids are hilarious. When something becomes their favourite food, they can eat it a thousand times in a row. And then, sometimes, for no reason whatsoever, it becomes the "Hate Most in the Universe" thing.

Case in point: when I first introduced my two year-old to spaghetti and meat sauce, it was his favorite food. Ever. He called it "Psketti and-a Meat-a-balls." Since I loaded up the meat sauce with spinach and other green veg, I thought it was a win-win situation all around. Kidlet ate his weight in spaghetti over the next couple of years, and all was great.

This Muffin-Sized Spaghetti Meal Is A Hit With Kids

I have no idea why he suddenly hated his favourite food, but the adult in me was secretly wondering why it took him so long to get to this point. Variety is the spice of life; etc. etc., cliche cliche. And yet, I couldn't avoid spaghetti forever; it's just too convenient to freeze tubs of prepared sauce for those evenings when you just NEED something ready to eat in about 15 minutes.

Spaghetti night was well overdue for an overhaul, and as any parent can tell you: sometimes perception is everything.

As an added bonus, this kid-friendly treat is also easy to make vegan/dairy-free (with alternative cheese), and gluten-free (using rice pasta)!

Cook the amount of spaghetti you normally prepare for your family until fully done (about 8-10 minutes).

Preheat the oven to 350F. Layer a piece of parchment over your cookie sheets for easier transfer later on.

Drop scoopfulls of cooked spaghetti into flat, circular disks about 4-5 inches across to make the "crusts." Tuck in stray ends and make sure the spaghetti is piled about 1" thick to keep the toppings from dripping through.

Spoon marinara sauce over the top of the spaghetti crusts, and proceed to top them as desired. Set them in the oven to heat the toppings through and melt the cheese, about 5-8 minutes.

Carefully transfer the pizzas to the plate with a spatula and enjoy! 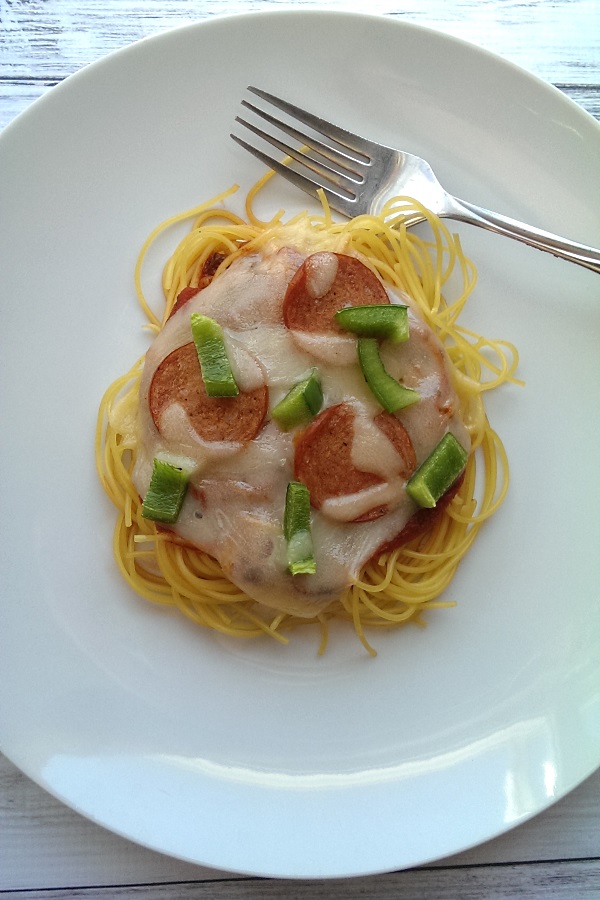