Are You Doing Damage With Your Words?

Why We Should Think Before We Speak 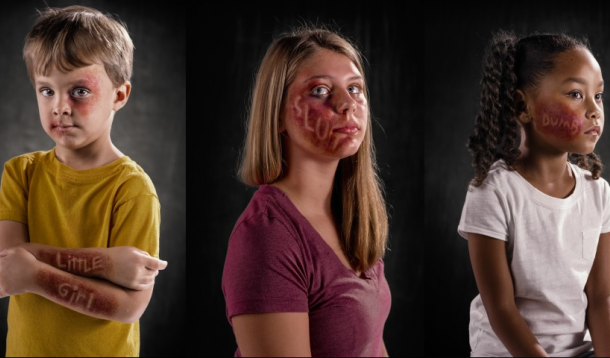 “You’re worthless,” he told me.

Words hurled in the heat of an argument. Rationally, I knew that he was wrong, that these words from my high school boyfriend were said out of anger, arrows of hurt fuelled by his own teenage insecurities. Yet somewhere inside, I believed him a little. The words echoed in my mind, fueling my own self-doubt and affecting my self-image. These two words stuck with me for years, poisoning other romantic relationships until I finally let go of the stranglehold they had on me. But even now, so many years later, I cringe when I read or hear the word, “worthless.”

When I stumbled across the Weapon of Choice project, it gave me chills. It is a powerful representation of the power of words. Physical pain inflicted on our bodies is often visual, but emotional pain is far harder to see. This campaign gives us a clear image of how powerful our words can be, and how deeply we can be affected by them.

Many of us have these kinds of scars. People can often pinpoint the exact word or words that they have allowed themselves to be defined by. Sometimes we’re conscious of the effect, and sometimes the effect is a deeply ingrained belief about ourselves that we can’t even trace the roots of.

My seven-year-old daughter has been called some nasty names lately. I can't even write the words. She tells me and my husband about these insults and asks, "Why me?" We talk about the reasons why people say mean things to other people, and that it says far more about them than it does about her. At this age, she is beautifully confident in her body, she loves school, and is enthusiastic about pretty much everything. But will these words pierce that confidence? Will it be eroded by words or by labels that other people place on her?

It is so easy to throw words around, without thinking about their impact. Since becoming a parent, I am far more aware of how flippantly words are used. My husband and I talk about the the language we choose, the way we talk to each other, to the kids, and how we discuss difficult situations. We are also conscious of the way we talk about other people. But we can’t control the way others use their words. We can't shelter our kids, but we can encourage them to know that their own worth is defined by them, and to understand the power of their own voices.

All my husband and I can do as parents is reinforce the idea that saying hurtful things is just as harmful as throwing a punch, that words can be poisonous when used the wrong way, and—as my mum and my granny used to tell me—“If you don’t have anything nice to say, don’t say anything at all.”

Photos used with permission from the Hurt Words Project.

If you're ever in doubt about whether what you're saying is appropriate, ask yourself these questions. You might also be interested in the four best pieces of parenting advice ever.

Annabel Fitzsimmons: Meditating Mummy Are You a New Mom? Take a Moment for Yourself and Read This