How A Simple Idea Changed One Winter Weeknight 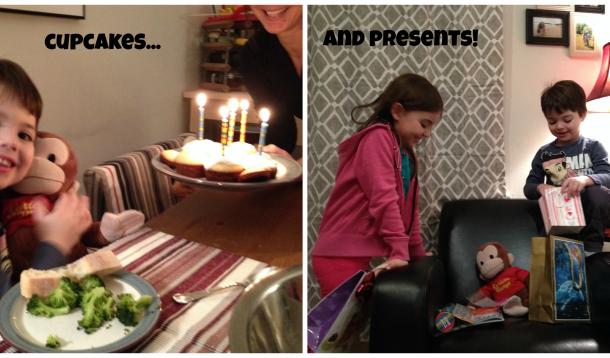 This morning at breakfast, our four-year old son, TJ, announced that it was his favourite stuffie Curious George’s birthday today. “How old is he turning?” I asked. “Five,” said TJ. Since George holds a special place in this family — having been with us since TJ was tiny, and having traveled internationally with us — this seemed like cause for celebration. “What should we do for him?” I said. TJ, who is turning five next month and has birthday parties on the mind, said, “We should have a party!” 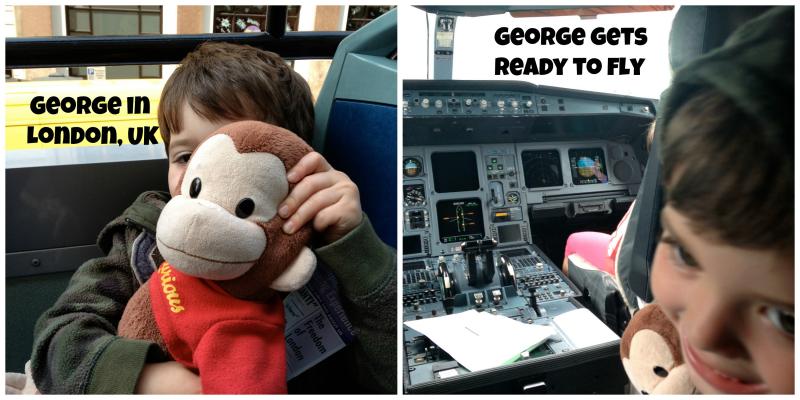 My seven-year-old daughter was fully on board. “And we can invite our other stuffies to come, and we can make presents for him,” Lizzie said. “I’m in!” I said. I don’t know how much they thought about it after I dropped them off at school, and the idea could just have easily ended there, but I decided it would be really fun to throw George a party tonight.

When I picked the kids up from school, I told them we had a birthday party to prepare for. Their eyes lit up. We went to get all the fixings to make cupcakes and raced home to cook up a batch. The kids knew they had to put away their lunchboxes and do their homework before cupcake-making commenced and — amazingly! — there were no arguments. (Oh, the power of cupcakes…) Once we’d mixed the batter and put the cupcakes in the oven, the kids chose toys from their rooms to wrap as presents for George, and they each decided which three stuffies they would invite to the party. While I cooked dinner, Lizzie and TJ set the table with assigned seating for George and the VIP stuffies.

I had alerted my husband about the big event earlier in the day, so he made sure he was home for the celebratory dinner. The dinner music was the soundtrack from Frozen because, as TJ reminded me, “George loves it.” Dinner was followed by a rousing rendition of Happy Birthday to George and we presented the cupcakes to the birthday monkey. The candles were “magically” blown out, the cupcakes devoured, and then it was time for presents. George certainly wasn’t disappointed.

It was a really fun night for all of us, the kids were beyond happy, and I am left with this: such a simple idea made an ordinary weeknight extraordinary.

P.S. At bedtime, Lizzie informed me that Ollie the Octopus has a birthday on January 31st, so there may be more parties in our future. Um, and cupcakes.