My Approach To The Year Ahead 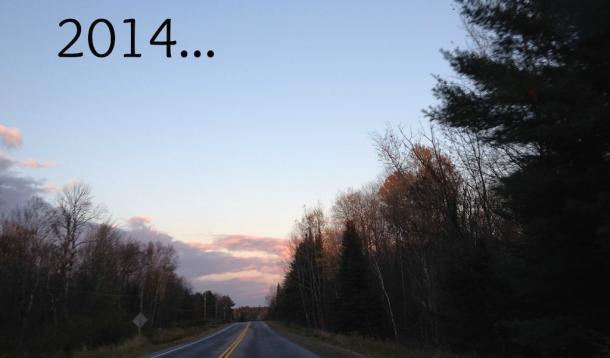 I was a little behind on my new year’s prep for 2014. A little thing called an ice storm and being displaced over the holiday season will do that every time. (More on that in another post.) I’m not really one for new year's resolutions anyway. But this new year’s eve my husband came up with an idea for 2014 that I love, and it builds upon the tradition I started last year. He suggested we pick five things we want to put our energy into this year.

I have to admit that my knee-jerk reaction was, “Only five?” But the more I thought about it, the more I recognized the importance of that small number. I can easily recall twelve things (or more) I wanted to focus on last year. More than a couple of them clearly weren’t as important as I anticipated, because I put little or no effort into them.

I suspect that narrowing my division of time down to five things is going to be an adjustment, but I’m trying to think of it as I did with my yoga practice when I first started—when I focused on the details of a small number of basic postures, I was able to master them more easily and, in turn, build on my sequences. More focus yielded a deeper practice.

I’m giving myself a couple of weeks to contemplate my five areas of focus for this year. I know already that spending time with loved ones (my kids, husband, family, and friends) is at the top of the list, but there are a few things vying for the next four spots.

What would your five things be? Wishing you a happy (and focused!) 2014!

Annabel Fitzsimmons: Meditating Mummy Are You Doing Damage With Your Words?

Annabel Fitzsimmons: Meditating Mummy 10 Questions You Need to Ask Yourself Before the New Year