A new perspective on my kids fighting 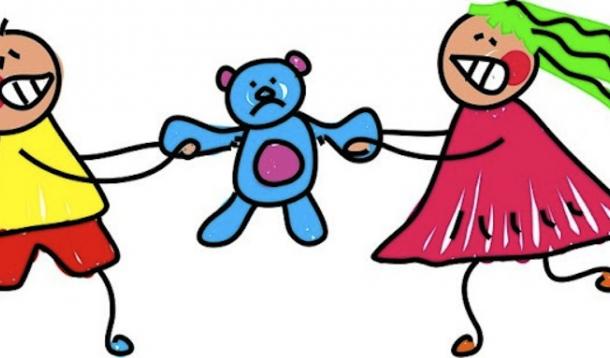 Thank god for Alyson Schafer. Last week I watched a CBC documentary that she was featured in about Sibling Rivalry. And then she wrote a post for YMC on Dealing with Sibling Rivalry.

Both of these resources couldn’t have come at a better time.

This summer was coined “the summer of sibling discontent” in our house. I can’t think of a day when there wasn’t some minor (or major) war going on. It didn’t matter what it was about, there seemed to be no lack of fodder for fighting. It could be over Lego, or who got their toast first, who wanted the blue plate, who is faster/better/stronger at (insert any activity here). You name it, my six-year old and three-year old would find a way to fight about it. But then, when they were apart, all they talked about was how much they missed their brother/sister.

Sibling rivalry. Anyone who has a sibling(s) knows the complexities of this relationship.

I have a brother who is almost three years older than me. As the younger sibling, I looked up to him, wanted to do everything he did, and basically followed him around like a shadow. I must have driven him nuts. As a toddler, I would charge straight through his elaborate block towers, I broke his favourite Bunnykins bowl, and generally made myself a nuisance because I wanted his attention. He, on the other hand, would tease me, tickle me, challenge me to races he knew I couldn’t win and terrorize me in small measures. In a nutshell, we fought like cats and dogs. But when I look back on our childhood I can see clearly that, despite our competitions, our teasing, our silliness with each other, we were a united front. And I always knew he would look out for me.

When I was four and he was seven, we had our first sleepover with friends of the family. They had two sons exactly the same age as my brother and me. We were all to sleep upstairs in the attic, four single beds in a row. I had a great time during the day but remember so clearly being terrified that night, finding it hard to fall asleep in a strange room without mum and dad in the house. Knowing Andrew was there made all the difference.

Halfway through the night I woke up because I’d wet my bed, and I was mortified. I didn’t know what to do. I lay there crying quietly. Andrew heard and came over to find out what was wrong. I begged him not to wake up our friends or their parents because I was so embarrassed. He calmed me down, helped me get changed, got a bunch of towels from the bathroom to use as sheets, and settled me back to bed. He promised that he wouldn’t say a word.

The next morning everything seemed normal, and no one made fun of me for being a bedwetter. Andrew had kept his promise. When Mum came to pick me up, he let me feel like a big girl for making it through the sleepover without incident. As a four-year old, I had no concept of the fact that the soaked sheets, or the “bed of towels” were dead giveaways to the parents. What I knew was that Andrew had taken care of me and had my back.

In the documentary, Alyson Schafer comments on siblings fighting: “There is research that shows that young kids will fight up to 10 times in an hour,” (oh, the balm to my ears!!) and that,  “the reality is, when we have conflict, that’s when our kids are learning their social lessons. That’s where they’re learning to actually get along.”

Now, when I see my kids fighting—which still seems like all. the. time.—I’m trying to keep it in perspective. I’m also working to recognize and celebrate the ways they look out for one another, which is many. And if my amazing relationship with my brother is any indication, I think (and hope) that they will be okay.

Do your kids fight? Did they reach an age where they seemed to keep the peace?