Why It's Important to #KnowYourNumber 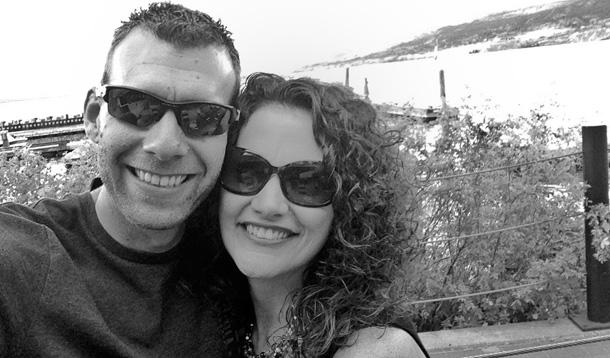 My husband — like many men — has an aversion to seeing the doctor. There have been many times where I've had to drag him to the doctor against his will. Well, not literally drag him — he's seven inches taller and fifty pounds heavier than I am — but I have my ways (read: I'm feisty).

Last year, he was building a fence on our property and the metal post pounder (side note: The name "post pounder" makes me giggle...I'm 12) hit him on the top of the head. I walked him to the bathroom, cleaned up the wound, and told him we were going to see the doctor. He protested, but HEAD INJURY = VISIT TO THE DOCTOR. On the drive in he admitted it was the best course of action and after the visit he had a head full of stitches and admonition from the doctor to wear a helmet. Safety first!

When I told him that I would be writing about prostate cancer and how to detect it, I assured him that he wouldn't have to go to the doctor and report it in graphic detail for my post. I also said that I wouldn't be talking about his penis on the Internet.

Him: "The prostate isn't a part of the penis."

Wait, what? Time to read up on the information I received from Prostate Cancer Canada so I can be better informed. Me, being better informed = him going to the doctor to get tested. It's how we roll.

The first thing I read about is who is at high risk:

Men of black African or black Caribbean descent have a higher risk. Well, he is of Dutch descent with (dirty) blonde hair and blue eyes, so this one doesn't apply.

Men with a first-degree relative (father, brother, son) with prostate cancer have a higher risk. Not applicable for us, as far as we know, but serves as a good reminder to have those chats with family members.

Maintaining a healthy weight through diet and exercise may reduce the risk. This is similar to some other cancers as well. We eat healthy and he's quite active (weights, running, cycling) so he's at a lower risk.

The older you are, the higher the risk. Just like many cancers. He's on the cusp of 40, so that puts him in the risky area.

That last point alone is enough for him to go. Why not get tested to find out? Better to be safe than sorry. Always.

I think that the most interesting thing for me in reading the information I was given is that I actually had no idea what was involved with getting tested for prostate cancer. I thought the whole "turn your head and cough" bit we've seen on sitcoms was part of it, as well as some... "back end" action. That may come into play later, but it starts with something so simple.

Here is what is involved in the testing process.

The folks over at Prostate Canada created this short video that sums everything up really nicely. If your husband is anything like mine, then a YouTube clip might get his attention far more than a blog post will.

Have you talked to your husband about getting his PSA checked? Will you?

This is proudly sponsored by our friends at Prostate Cancer Canada.
www.prostatecancer.ca

Ideas For Exercising With Your Kids

Make It A Part Of Your Lifestyle

Ideas For Exercising With Your Kids 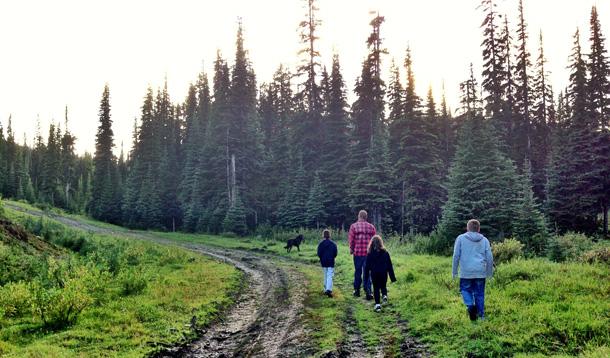 Longtime readers of my personal site know my story when it comes to health and fitness. I was a "big girl" growing up, who learned the importance of healthy eating and exercise in her twenties. I still battle "fat days" in my head, because even though I am fit and strong, I am muscular and thick(er) and will never be willowy. Eh, whatever. I ran a half marathon this past weekend. These thighs of mine are serving me well.

My husband is an active guy as well and we both love to be outdoors. We want our kids to love to move, and because we've done it since they were babies, it's just a part of what we do. It's how we find our bliss.

Here are some ideas for how to be active with your kids.

1. Go for a walk. The Trans Canada trail goes right by our house and we've walked along it ever since the kids were at the age where they would throw rocks in the creek for hours on end.

2. Ride your bikes! We invested in some good quality mountain bikes and will bike the trail or load them up and hit trails in other areas.

3. Go skiing. We took up skiing as a family two years ago and it's the best! thing! ever! I've struggled with S.A.D. over the years and being active and outdoors has kicked it to the curb. My kids have taken many lessons and can now ski black diamond runs. It's a great family time, and we're all workin' it.

4. Run. As I mentioned, I completed a half marathon this weekend. I run three days a week with a running partner, and my kids run at their school. They've entered a couple of 5K races in our town, and I plan to run with my two sons in a 5K race next month.

5. Play outside. Shoot hoops, play bocce, jump on a trampoline. Anything outside is more active than sitting on the couch.

How do you find your bliss? How do you keep active with your family?

Angella Dykstra: She Makes Cents You Won't Die in a Dumpster: How to Save for Retirement NOW

Angella Dykstra: She Makes Cents How My Son Racked Up a $1681 iTunes Bill in One Month