Hidden Treasures In The South Okanagan

Heading here for a vacation? Here's where the locals go

Hidden Treasures In The South Okanagan 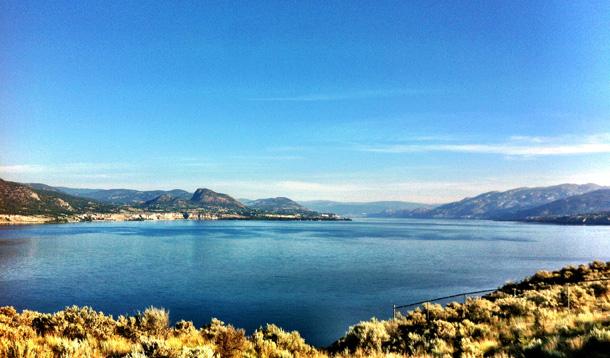 I've been living in the South Okanagan area of British Columbia for over twelve years now. The area is famous for its hot weather, dry climate, multiple beaches, and many tourist attractions. I remember coming here before I lived here and not knowing where to begin, so we just laid on the beach. Beach time is important, yes, but you need to check out some of the hidden gems we have.

1. The TransCanada Trail. It runs all around here and is perfect for walking, running, or cycling on. The view from the KVR portion in Naramata are absolutely breathtaking (see above photo).

2. Local Lounge - Grille. Located on Okanagan lake in Summerland — my (wee) hometown! — they live up to their name. They use local fare in producing their fine cuisine, and support local charities. It's fine dining at an affordable price, conveniently located in a beautiful location on the lake shore.

3. Tickleberry's. Do you love ice cream? Then you need to make the (short) trek to Tickleberry's in OK Falls. Locals will make an evening out of it and tourists who manage to hear about it get to share in the magic.

4. Wine tours. There are so many wineries in the south Okanagan and I canonly speak of the ones I've been to on Bottleneck Drive. Thornhaven Estates and Dirty Laundry Vineyards are two of my favorites — we make sure to go to each of them a few times in the summer. Good wine, live music, and beautiful scenery.

5. The beaches. There are a number of great public beaches and one that's only known by the locals. If you email me and ask me nicely, I'll tell you about it.

Any locals want to chime in on more hidden gems? Or have you visited and love something I haven't mentioned?

Category:
Life - Travel
Tags:
travel
okanagan
wineries
traveling through BC
travel with kids in canada
things to do in the summer in BC
Angella Dykstra
Jul
28
2013

Talking To Your Kids About The Birds and The Bees

When is the right age?

Talking To Your Kids About The Birds and The Bees 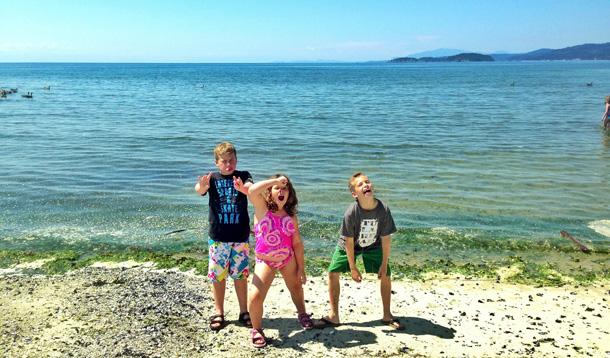 Our oldest son is almost eleven, and just finished the fifth grade. We live in a small, family-friendly town, so he hasn't been exposed to as much as kids in the big city might be. In the past year of school, his circle of friends went from boys only to a mix of guys and girls. He even has his first (Gasp!) crush. Her mom is a good friend of mine and I love the girl. He's got good taste.

I asked him what it means that he "liked her" and the conversation went like this:

Him: "I think she's nice and smart and cute and I like to hang out with her."

Him, scrunching his face: "Ew! NO. I'm not kissing any girls until I'm fifteen."

He knows the basics of how babies are made and towards the end of his school year they had a couple of classes called Family Life. They talked about hormones and body changes and hair growing ... in certain places, etc. After the first class, he was telling me about it as we walked to our truck after school. He told me that they'd been given a list of questions to discuss with their parents. Hoo boy.

I brought this up at dinner that night and we talked about it as a family. There was no harm — I believe — in his younger brother and sister being part of the Q&A period. We had a great chat and had some laughs, too.

My son: "What was the best part about body changes as a teenager?"

My son: "What was the worst part about body changes as a teenager?"

My husband: "Girls got boobs."

We kept the chat pretty light, and the next night my husband took my two boys out 4x4-ing and talked about things in more detail. Our second son is only twenty months younger than our first son, and the ladies love him, so it was good that he was part of that chat.

My husband also plans to take each of the boys on either a hike or an overnight camping trip to have a one-on-one chat with them and give them the opportunity to ask questions and discuss what they're thinking about as the hormones ramp up. I'll do the same when my daughter's a couple of years older, as she's not quite seven.

I like this approach as opposed to how it went down when I was growing up. I had learned about the "birds and the bees" via a friend who showed me with Barbie and Ken, back when I was six or so, but it was pretty vague. When I was eleven, I got my period. I called for my mom and when she entered the bathroom and said, "Is that from you?" Then she took me for lunch and told me that boys would try to "get in my pants," etc., and it was completely mortifying.

When did you talk to your kids about the "birds and the bees"? Do you have any insights to share?

It's Possible To Live To Tell About It 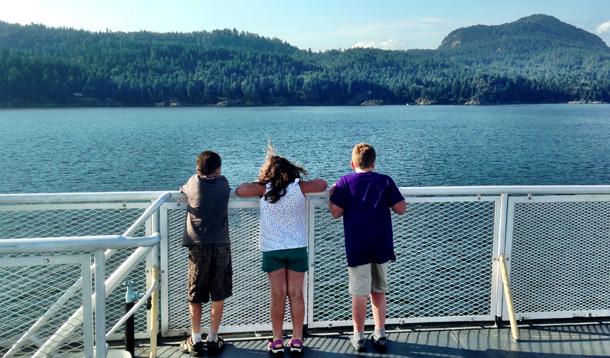 I'm currently on vacation with my family in the Lower Mainland, which started in the Valley, involved a bit of time in the city, and then we took a ferry to the Sunshine Coast. We've made this trip down from the Okanagan many times over the years to visit our extended family here at the coast and we've spent a few summers traveling down to Cannon Beach on the Oregon coast. I've been reflecting on how easy this trip has been now that my oldest child is entering sixth grade, my middle child is entering fourth grade, and my youngest is entering second grade. They can read, they have electronics, and sometimes we just... talk.

It wasn't always so easy, especially since we had those three kids in less than four years. Traveling when they were smaller — and strapped into car seats — was a little bit trickier. Here are some things we did that made the trip far less painful.

1. Stop frequently. We would stop every hour and a half to two hours for a break. We would stretch our legs, use the facilities (and change diapers), and maybe grab a fun snack. We can drive for longer periods now that they're older, but planning for frequent stops when they were little took the stress off a bit.

2. Pack a lot of water and snacks. We usually leave right after a meal, with plenty of snacks — both healthy ones and treats — to keep blood sugar levels regular and to cut down on vacation costs.

3. Buy new toys. Nothing extravagant, but having a magic bag of new dollar store toys that you can dip into mid-meltdown is worth every penny.

4. Invest in a DVD player. When our first child was a baby, my husband was adamant that we would never have a DVD player in our vehicle, even for long road trips. Then we traveled to the coast when our son was eighteen months old and my husband changed his tune. Our little dude was strapped in, with no ability to change positions to get more comfortable. After we'd exhausted all of the toys we brought along, he was still fussy and cranky and who can blame him. That DVD player served us well in the preschool years and now that the kids are older, it's been shelved.

5. Plan the trip around one of the nap times. Having that blissful chunk of silence can go a long way to taking your stress level down. On a related note, realize that nap schedules will likely go out the window and that's okay. You're on vacation, remember?

Angella Dykstra: She Makes Cents 5 Tips To Take Great Photos Of Your Kids