Are you paying above or below the average? 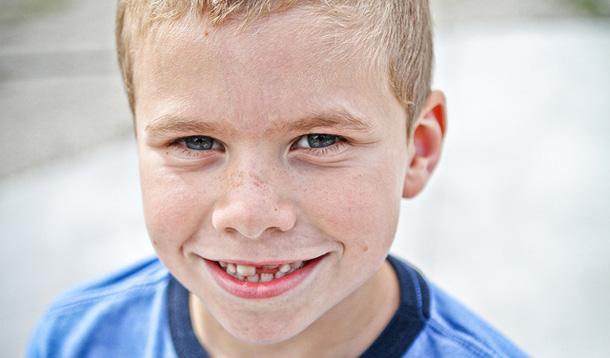 Erica sent me the results of a survey about how much the Tooth Fairy pays per tooth, on average, and thought I might want to write about it. She was right, because it's one of those topics that comes up often among parents. When my first child lost his first tooth, I had NO IDEA how much I — I mean the Tooth Fairy — should pay.

I got a quarter per tooth when I was a kid, but I'm a child of the seventies. That was a long, long time ago.

My son didn't lose his first tooth until second grade, even though most of his friends started losing their teeth in first grade. He was a late bloomer with his first set of teeth — he only had the two bottom chicklets on his first birthday — so he lost his first tooth later than most. When he finally lost that tooth, I asked him how much his friends were getting, and then confirmed with their parents.

I — the Tooth Fairy — could hardly pay him any less, lest he think the Tooth Fairy liked everyone else better. It didn't break our budget, so $5.00 became our standard payment per tooth, for each of our three kids.

We asked Eileen to ask our Facebook community what they — the Tooth Fairy — paid their kids and we got some great responses. 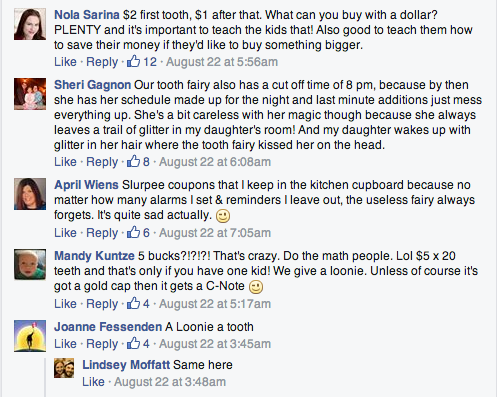 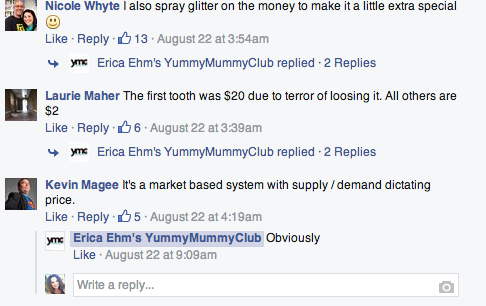 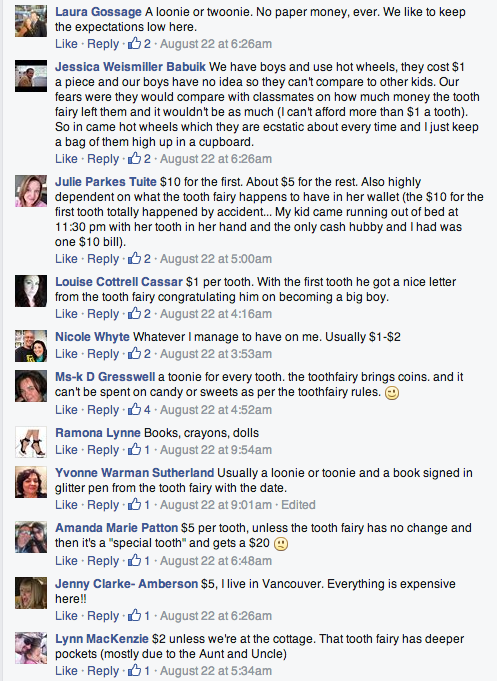 There are many more comments on Facebook, but you get the idea.

This is just me estimating, so it's not scientific at all:

5% of moms don’t give money

(I can crunch numbers and do long math in my head, but you ask me to estimate, and I'm in left field most of the time.)(The above may not be accurate, but maybe it is now, long after the Facebook post went live.)

Speaking of crunching the numbers, I crunched some numbers for you guys, depending on how much you pay per tooth. Kids have twenty (Twenty!) baby teeth, so here's how it flows:

(Woah, but also awesome for the kids' savings.)

I totally love the glitter idea, and wish I'd done that when they were little. My three kids are older and all know that I am the Tooth Fairy now, so they get a hug and zero cash, which I guess balances out the $5.00 per tooth I forked out in their younger years. The younger two still have a few baby teeth to lose, so maybe I'll throw some glitter the next time they lose a tooth and call it a win.

How much does the Tooth Fairy pay for teeth in your house?