Negative Core Beliefs: How They Affect Kids and What to Do

What Negative Core Beliefs are And How To Avoid Them 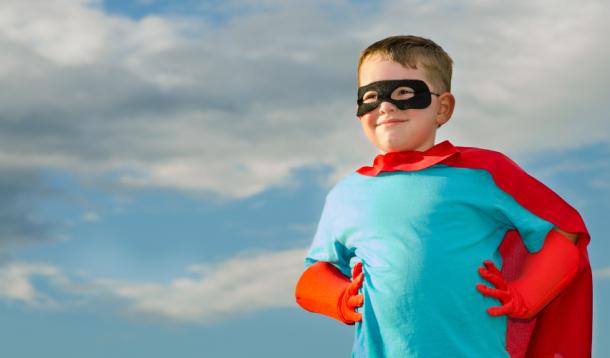 When children do the things they naturally do, like push limits, ignore instructions, explore beyond their ability, or act inappropriately, it is our job as parents to redirect them to the behaviour that is acceptable.

While disciplining children, it is important for parents, teachers, and coaches to understand that how they do this redirection or teaching might have a lasting effect on the child. Something called negative core beliefs can grow in children when they start to believe their behaviour or the way the person disciplining them acts is as a result of who they are as people—that they are faulty.

8 Ways To Build (and Keep) Trust With Your Children

When something happens in life, a person interprets that event and tucks it away into categories of beliefs. These beliefs, called core beliefs, are based on deep-seated feelings we have about who we are, how people see us, how the world is, and what our future holds.

Our core beliefs create part of the lens through which we see and experience life. They affect how we interpret a situation—if we see the world with a glass half-empty or half-full.

Core beliefs are messages that we may or may not be aware of, which we come to believe as a result of our life experiences, innate disposition and/or cultural influences. When we go through something as a child, on a subconscious level we generate impressions of the world based on what has happened and how people treated us in that event. For example, a child who is raised by a father who continually explodes, shouts, and hits when he is angry might start to fear doing the wrong thing and also feel that being angry is scary.

Be The Parent You Want To Be

These types of generalizations that might get made in the subconscious of a child can lead to behaviours that include carefully watching her actions to avoid doing something that might set her dad off or avoiding being angry herself—for fear of what that feeling might do to her. The specific messages that might get stored are Don’t make mistakes and Getting angry is bad.

Children can’t see a parent lose control of himself and interpret that thoughtfully; rather, the child sees most adult behaviour as her fault, and accordingly stores that away with some lessons on how to manage this adult’s behaviour in order to cope with the next time.

These lessons, sometimes referred to by other psychotherapists as subconscious agreements, are created by our need to keep ourselves safe. It is a defensive response generated by our wonderfully complex brain to get through things that are hard to survive. These coping strategies are the essence of core beliefs, which can happen both in a negative and positive light. Positive core beliefs generally help us to succeed and feel empowered. Negative core beliefs generally hold us back from our highest potential.

So while these negative core beliefs can help us to handle difficult people or difficult situations as children, they continue to affect our thinking as we grow into adults. A child who believes that getting angry is bad usually runs into trouble when dealing with anger in an adult relationship. This may lead the individual to avoid conflict, steer away from having difficult conversations, walk away when anger is felt, or even drink anger away.

These behaviours, which are rooted in a negative core belief, (getting angry is bad) are delivered through our inner voice or self-talk (you need to avoid anger). This is where our self-talk comes from! And it’s this self-talk, like Oh no! He’s mad—I should just stop talking that can either sink us or float us when tense situations arise.

I’m sure I don’t need to tell you that the conditions a parent sometimes goes through while raising small children—sleep deprivation, poor nutrition, feeling isolated, lacking fun, putting other’s needs first, feeling a loss of connection with his or her partner—can create the conditions for our own negative beliefs to thrive. In this state, we can inadvertently interact with our children in a way that grows their negative core beliefs.

Here are three ways to prevent the growth of negative core beliefs in our children.

1. Avoid these behaviours with children

Steer away from doing these behaviours:

·      Making demands or ordering your child around

·      Pointing out what the child is doing wrong (demoralizing)

If you are looking at this list and thinking, what CAN I do?  Have no fear! There is so much you can do to raise well-behaved, thoughtful, cooperative, resilient, happy, confident children with a positive approach to discipline. I continually post tips on how to do this over on my Facebook page.

2. Use neutral language with your children.

To avoid the message that situations in life or your anger, even when it is triggered by your child’s mistakes, are the child’s fault, use neutral language that invites the child to think. Speak to your child as a commentator; describe what is happening or how you feel without associating blame. The goal is to speak to the child in a way that communicates he or she is not faulty.

For example, instead of saying, “You make me so angry,” use these neutral words, “I see you are angry. Hitting is not okay.” Please click here to read more about how to use positive discipline.

3. Consider how your child is interpreting your behaviour.

Negative core beliefs are also inadvertently planted when children interpret your behaviour as something they have done wrong or as a result of them not being good enough for you. For example, if you work long or odd hours, your child might mistakenly believe you are choosing do to this over spending time with her.

Also, if you are grumpy after a long hard day or feeling at the end of your rope because you were up several times throughout the night with a feverish, whimpering child, your child is likely to not make that connection and might interpret your mood as her doing.

It is impossible to be friendly all the time. I am not asking you to do that—I am suggesting that in order for children to understand why you are away from them physically or emotionally, explain why you are doing so in a way the child will understand. Parents have jobs to do both at home and out of the home, and children will tolerate these jobs when they feel chosen first. Explain the job that has to be done/why you are away with a suggestion for connecting in the near future.

You can be kind and exhausted at the same time—use language to show the child you need to rest or regroup, work or get something done so she will understand, instead of taking offense.

I bet you’re thinking Great! As if I didn’t have enough guilt or feel badly enough that I’m screwing up my kids! I certainly think this way often. Hopefully you will cut yourself some slack knowing that negative core beliefs don’t generally happen with one rough interaction, but rather through a series of them. If you have a bad parenting moment, you are certainly normal. Here are my suggestions for repairing those moments to prevent the development of negative core beliefs.

Do you want more information? I invite you over to my Facebook page where I post free parenting support and resources.