Tips for handling the parenting challenges of raising four-year-olds 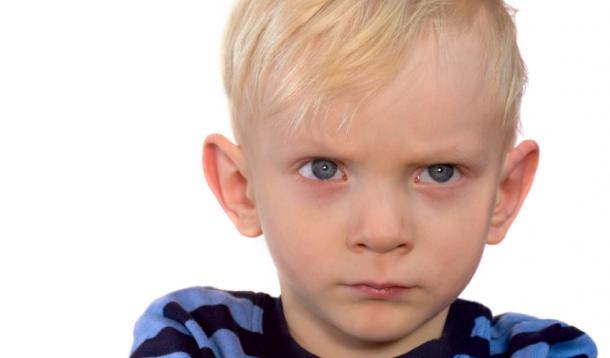 My phone has been ringing with requests from frustrated parents of four-year-olds—“Help! My child keeps freaking out and nothing I’m doing is working.” To answer this request, I enlisted the help of parenting educator colleagues, Kelly Bartlett and Andy Smithson.

There are many factors which conspire to make parenting children of this age particularly challenging:

Other circumstances can also make life more frustrating for four-year-olds, and they include: the arrival of younger siblings, parents who are constantly pressed to get tasks done against a timeline, and even the weather. I’m not surprised that this week has been a challenge for parents of four-year-olds, as the weather has been particularly cold, and kids have been stuck inside.

What can parents of four-year-olds do to handle these challenges?

Seek ways to really understand your child’s new struggles. Empathizing with your child can draw out tears instead of aggression. Try using language like, “I can tell you are really frustrated right now—you’re very angry that your friend knocked over your tower. It is so sad to lose a game, isn’t it?” Let your child cry. Actually encourage the tears, because they facilitate the adaptive process by providing an emotional outlet. The brain can then adapt to adversity instead of reacting to it with aggression. When empathy feels hard to do, please read this.

Teach and practice new skills during the good times. Take time to walk your child through the instructional steps of tasks that might be really frustrating for him. Remember that you are a teacher simply by how you react in your life. Be a role model with calm responses instead of big freak-outs.

Coach your child how to get through his big emotional outbursts by creating a plan that he and you will follow each time he freaks out. This article shares more about how to do that.

Do so both on a physical and emotional level. It can be hard to stay in like with our raging four-year-olds, so make the effort to stay connected even when you want to do the opposite. Children can feel it when we start to move away from them—keep their attachment tank full.

Physically, be close with him to support him through his big emotions. Prevent him from hurting others if you see him getting that frustrated. Realize that he has an immature brain and is physically unable to control his aggression when his emotions are running strong. Get between him and anything that that could be hurt, while letting him know, “I won’t let you hurt anyone.”

Once you have addressed his feelings, address his needs by commenting that you “see” him. Try statements like, “You were feeling hurt—you need to be included with your friends. You felt annoyed—you need to be able to make your own choices.” Identifying valid needs is the first step for a child to be able to understand how to solve problems.

Once his needs are established, ask him, “Okay, what can we do about that?” and brainstorm different solutions (other than hitting, or whatever he has done). Don’t try to fix his problems for him!

Use choices and parenting techniques that support cooperation rather than scaring a child into obeying. Parents often want to address occurrences of aggression with a “doing to” approach, which is using a consequence intended to teach the lesson that aggressive behaviour is unacceptable. While it’s true that behaviours like hitting, pushing, or biting are not okay, they are also not the true problem to be addressed. Use “working with” strategies, like clever language that invites children to follow your instructions rather than “doing to” ones, like threats or time-outs, to curb behaviour.

When a child feels connected to his parents, and that they are “fair,” he will be more likely to want to do what you are asking. One of the best strategies to get strong-willed four-year-olds to cooperate is to use a “When - Then.” When used effectively, this technique can really reduce battles. An example of a “When - Then” is: instead of saying, “Get changed, we’re going to be late!” try, “When you finish changing, then I can put the timer on for ten minutes of playtime.” For more information on this and other positive parenting techniques, we recommend the book If I Have To Tell You One More Time..., by Amy McCready.

Any person will not be at their best when tired, hungry, over stimulated, or overwhelmed. Make sure your child is getting to bed early enough—sleep expert Alanna McGinn says that should be before 8pm for preschoolers. Keep young children fed and watered, stick to routines, and make sure they have enough rest time and not too much screen time. Lastly, find a way to get your child’s sillies out, as child-musician Raffi says in his song, “Shake My Sillies Out.” Children need to run around every day.

Note that this is an ongoing learning process—it will take time with your child as his brain matures and develops new pathways of communication. “Working with” is much more effective than a “doing to” approach to guiding children’s behaviour.

Please do not take your four-year-old’s outbursts personally. The combination of new learning and undeveloped skills can easily turn his frustration into aggression. Make space to understand your child’s big feelings when things aren’t going his way, and try these techniques to give him strategies to turn those big feelings into problem-solving skills. And lastly, please remember, “This too shall pass.”