Is All Yelling Harmful?

Understanding the differences between loud and hurtful yelling. 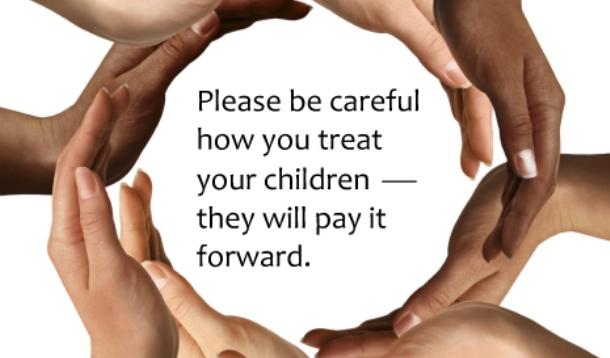 I read the report published by the University of Pittsburgh regarding a study about “harsh verbal discipline,” and then I read K.J. Dell’Antonia’s (editor for The New York Times Motherlode) lament about not buying into the researcher’s comments—that this study deems us all “bad parents” because it is impossible to not yell. I hear you K.J., we’ve all been yelled at, and there's likely a high percentage of us who yell at our children from time to time. We are not all doomed to a life of despair.

I think the key message in this study is that repeated, verbal assault is the same as repeated, physical assault. It’s a matter of clarifying what yelling or shouting means versus harsh verbal discipline. The big difference is that yelling or shouting could just be a volume thing. This is much less harmful. When verbal discipline affects the core of a person’s being, that is where the harm lies.

If your child spills coffee on your lap and you yell, “OW! Ahhhh!” very loudly, you have not attacked your child’s intentions or character. Chances are really good that your child didn’t spill the coffee on purpose. If the shout comes out like this, “YOU IDIOT! What were you thinking? I can’t believe you just did this to me!” a much different feeling gets stirred within your child.

This second way attacks the child and can form negative core beliefs in his mind even if it is said calmly. Name-calling is usually hurtful, but the more hurtful part is actually this, “What were you thinking? I can’t believe you just did this to me.” Words like this go into the brain and can settle in the areas that form our beliefs about ourselves. The child who hears this might come to believe, “I’m dumb” or “I’m a bad person.” I believe this is the harm the study is referring to.

The authors mentioned that no matter how much positive effort parents pour into their children, the negative effects of a verbal lashing are not erased. Attacks on a person’s character grow into and foster negative core beliefs, which are not corrected by more attention. A child who believes “I’m bad” will continue believing that despite a nice vacation or fun game of Battleship. Having fun helps improve a person’s mood temporarily, but it doesn’t change the way we think about ourselves. When a parent can empathize with how the child feels as a result of the harsh words, making steps to talk about that specific comment, and how to correct similar behaviour in the future, healing of that negative internal message can happen.

Parents often don’t realize that, although being present at a soccer game can help grow positive core beliefs, it usually doesn’t correct deeply ingrained negative ones. For example, if a child is continually spoken to like this, “Let me do it. You’re not doing it right. Ugh,” the child might develop a negative core belief like “I’m not capable” which can influence behaviour by causing the child to give up easily or turn to others to make decisions. If a parent then drives that child to soccer with smiles, the belief of “I’m not capable” has not been undone. Perhaps “I am important” is grown, but “I’m not capable” isn’t diminished because the child wasn’t given messages to counter that specific belief.

Negative core beliefs are like earworms—they become our internal messages and can seriously affect our behaviour and mood throughout our lives. Unfortunately, as a psychotherapist, I see how long it can take to identify and shift negative core beliefs. Ones like “I’m stupid” or “Why bother? I’m not good enough” can really hammer in the nails of self-doubt and low self-esteem, making use prone to bad decisions.

Realistically, I understand that likely all parents periodically shout loudly at their children. Please do all you can to avoid this, but if you are hungry and late for your doctor’s appointment, I get how hard it is to stay in the rational, clever part of our mind that tricks kids into cooperating.

Occasionally yelling loudly doesn’t make you a “bad” parent. What is “bad” is when parents continually insult their children, leaving a vapor trail of strong, negative beliefs. Loud volume is much less harmful than the stab of a verbal spear. You can discover and remove the spear, but often a scar remains.

To those who say, “If you are never are hard on your kids, they will be wimps,” I have a simple response: The world will do a good job of giving our kids their thick skin. Parents need to be the ones thinning it out; not making it thicker.

To be mindful of growing positive rather than negative core beliefs in your kids, consider this question: What does my child believe about himself as a result of spending time with me?