Is It Okay To Tell White Lies To Our Kids?

Study shows 84% of American parents lying to their children 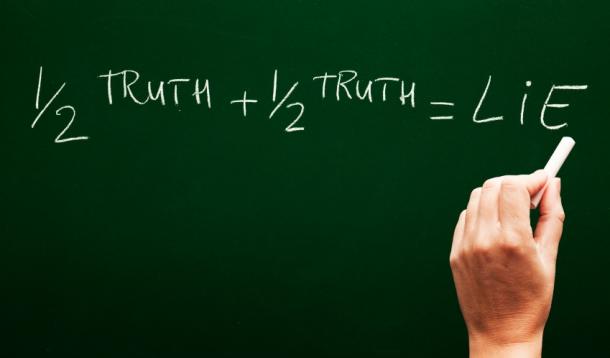 This weekend my five-year-old son lost his first tooth. Continuing with the theme in our family that we do not lie, the tooth fairy did not visit our house.

When the tooth began to wiggle, we talked about the bravery prize he would get when his tooth came out. Not usually a fan of the regular use of a reward-based system with kids, I think it is okay to give a token to help boost courage during a challenging time. We explained that there might be some blood, and that the tooth would come out of his mouth. In order to smooth over the fear I could see growing on his face, we talked about how we would put his tooth under his pillow and the next morning he would find a surprise there instead of his tooth. I mentioned that "some people call this the tooth fairy." My son replied, "Yeah, I know about that mom."

But isn't the tooth fairy a white lie? And isn't that okay? Actually, maybe not.

A study by Gail Heyman of the University of California-San Diego and her colleagues, which was published in the International Journal of Psychology, found that parents in the US and China use lying to get their children to behave the way they want them to, and to support the belief in magical beings like the tooth fairy. "Parents in both countries reported telling lies about a wide range of similar topics, including ones designed to influence their children's eating habits, or to dissuade children's pleas for toys or treats when shopping." (Routledge Psychology Journals)

So what's wrong with that you might be asking?

If we are trying to instill the value that lying is wrong—then it is always wrong. If we get upset with our children for lying lie on one hand, but tell lies ourselves on the other hand, the inconsistency is hard to process. Other studies have shown that when young children are deciding who to trust, they take into account a person's history of being truthful with them.

If we tell the truth about some things, but lie about others like the tooth fairy, the Elf on the Shelf, Easter bunny, etc, we may undermine their trust in us. We can still have loads of fun at Christmas, Easter or other holidays without needing to lie.

Parenting expert and writer Alyson Schafer posted a wonderful article about how parents might be inadvertently causing trouble by telling the occasional lie: Children's Lying. Turns Out, We Teach Them How!

Instead of using lies to get children to behave or avoid unpleasant conversations with other adults, please consider the many techniques colleague Alyson Schafer and I suggest to guide children in a firm and friendly way. When we parent with honesty, we reduce the risk of conflicting ideas, which helps our children grow a rational, thoughtful and caring mind. We also increase the chance of a secure relationship with them.