This trick will leave you wondering, "What sorcery is this?" 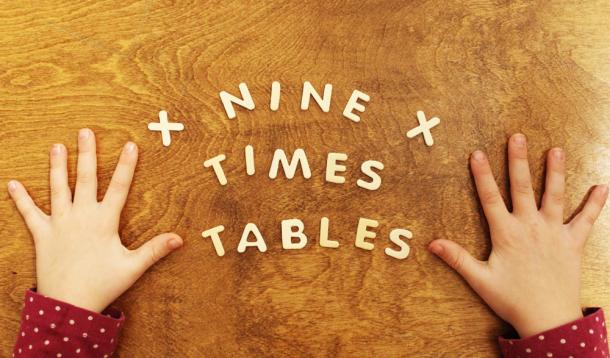 Everything I know about multiplication, I learned from a man dressed in a kangaroo suit.

Math Patrol was an educational television program which ran on TVOntario in the late 1970s / early 1980s and I loved everything about it. Each episode featured Sydney – an undercover detective in a giant marsupial outfit – solving primary school level math problems and cracking cases assigned to him by his enigmatic boss, Mr. Big.

I was nine-years-old. It was riveting.

In spite of the low production quality, Math Patrol taught this rural school kid a metric tonne about math because, for the first time, math seemed interesting to me. Dare I say, it was FUN. There were colourful graphics, silly skits and catchy songs with with lyrics like, “What’s seven times nine? Sixty-three you’re doing just fine.”

Since we don't have a man in a kangaroo suit, we compensate by skip counting (while actually skipping), piling up dried beans, using glittery flash cards, playing counting games with balls and making up stories about squirrels and their nuts. We also marvel at fun tricks like the one I’m about to share with you (no thanks to my third grade teacher). Would it have killed you to show this to the class Mrs. Reid?

To begin, grab an old glove and a pair of scissors and then, cut a finger from the glove.

Have your child hold out both hands in front of them and ask them to imagine that their fingers are numbered from one to ten - from left to right.

To find out what to do next, have a look at the following photographs. 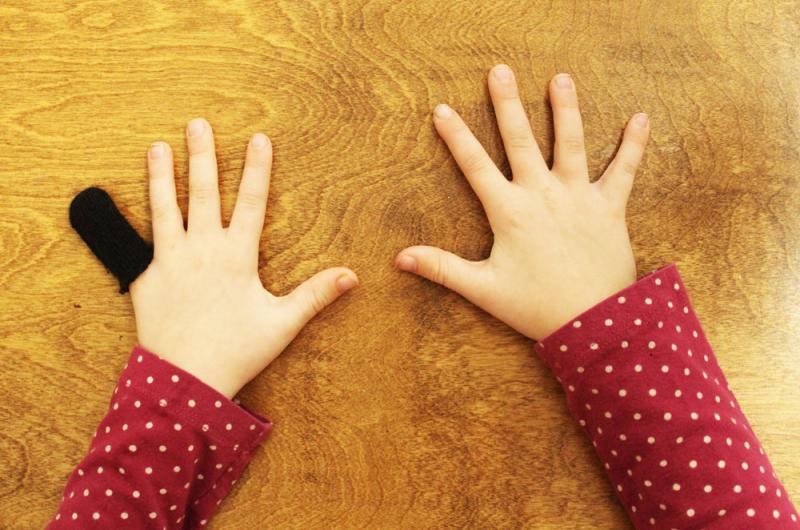 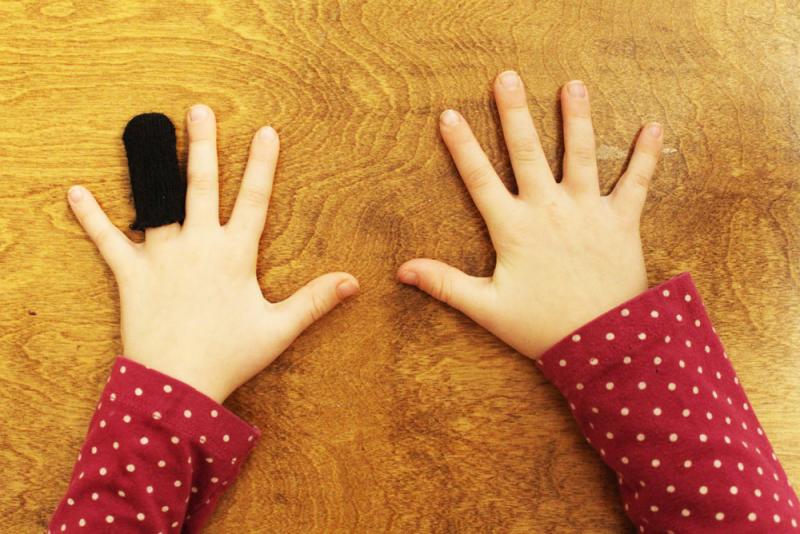 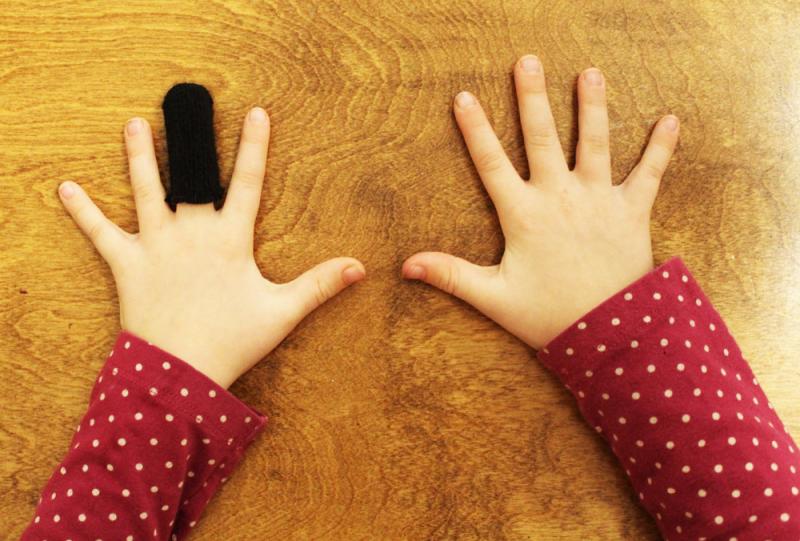 Tell me, is your mind blown yet? Mine was.

This works every, single, time (up to ten because, fingers). 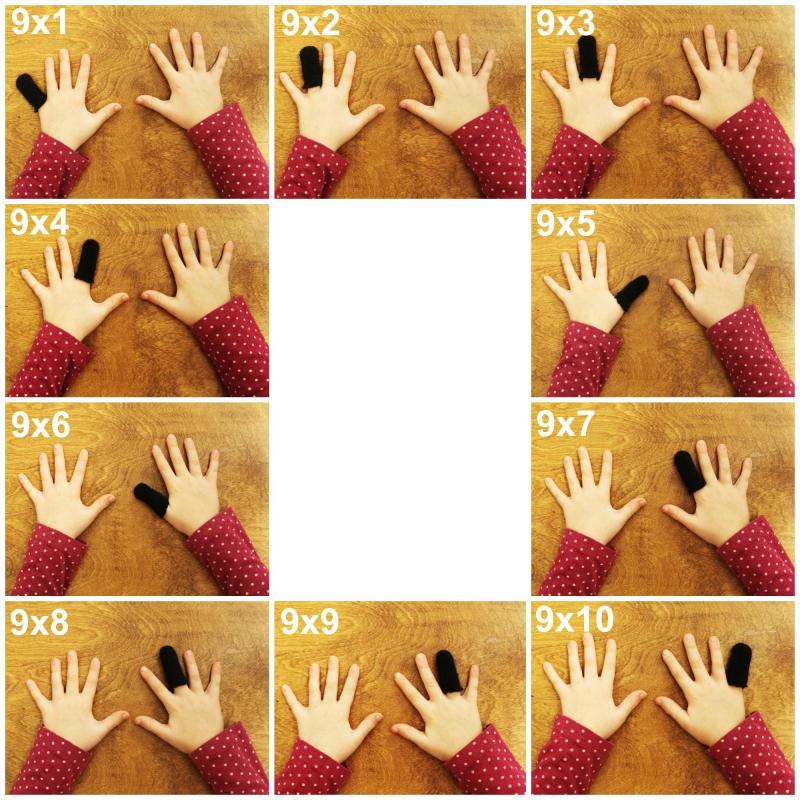 And as if that's not enough, the number nine has another trick up its sleeve.

Once your kids have successfully multiplied nine times fill-in-the-blank, you can show them how to check their answers by adding up the digits in the results. If done correctly, those answers will each add up to nine! 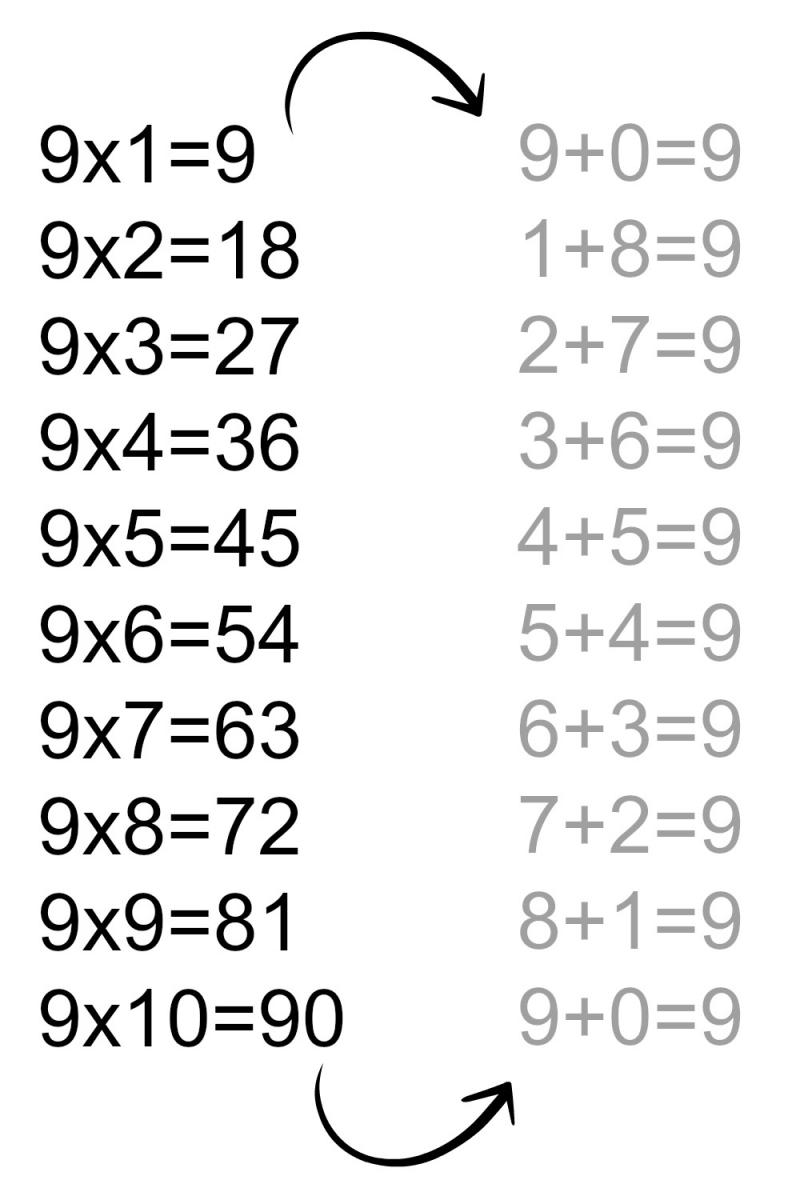 This works no matter how high you go.

And so on because numbers are amazing, even when you don't have a kangaroo suit.

For those of you interested in sharing quirky math facts with your kids, check out Vi Hart's YouTube Channel which features (among other things) Vi Hart - a self-described "recreational mathemusician" - sharing her love of numbers while pointing out connections between mathmatics and the natural world.