Don't Let This B*tch Sneak Up on You 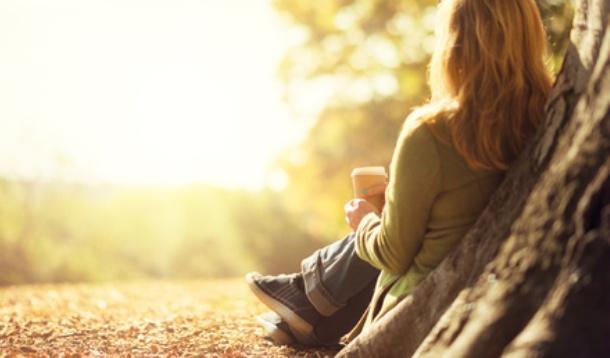 I have a new friend. You may have met her.

In fact, if you’re a woman hurtling through her 40s, then I can pretty much guarantee the two of you have crossed paths - at least once.

For me, the first time we encountered one another was at the bookstore. In the children’s section. On a Tuesday. She was wearing a pink feather boa and she flipped her full head of hair in a carefree way as she manically pointed out a young mother with her nursing newborn, cuddling together in the teacup chair.

Then, she elbowed me - hard - in the left boob.

Not long after, I ran into my new friend at the grocery store. Within minutes, she convinced me I was freezing to death and sent me running to the car to lay down on the seat heaters.

From the day my friend and I first met, she has given me nothing but grief. And facial hair. Problem is, I can’t just shake her. She's worse than glitter.

My friend is a powerful dame and her omnipotence is enough to give me heart palpitations.

And, a traveling rash. My hip, leg, earlobe, eye, lower back, belly.  Every month the location is different but the scenario is always the same. I end up scratching myself like a gnat-infested ape, while my gal pal looks on and laughs until my head starts to ache.

My friend gives me sinus pains and makes my joints throb. Occasionally, at night, she throws in some insomnia, jimmy legs and sometimes, that little shit sets my skin on fire. Usually at 3am.

But that’s not all.

She mixes me up. Once, she suggested I put ground coffee beans in the teapot. Then there was the time she had me pour sour milk in the garbage can, instead of the sink.

It's like I'm in a perpetual state of confusion which - I'm certain - is how my new friend stealthily stole my tolerance and replaced it with stabby impatience.

(Do not borrow my socks. Consider yourself warned.)

She fills me with anxiety as she coaxes me into believing that I’m ailing. Between the clumps of hair in the shower drain, the tingling sensations, dizzy spells, phantom ear pain and irregularity, just last week alone I had four separate incurable diseases, including mustache cancer.

The fact of the matter is, this cling-on-chick is merciless. So hear me now and listen to me later. Learn from my mistakes. Don’t let my friend sneak up on you. Because if you do, you’ll find yourself melting into a blubbering puddle of snot the next time you watch cat videos with your kid.

So if you see this new friend, don't pause, just go ahead and dropkick that b*tch into your golden years - where she belongs.

The thing is, I’m in no position to give advice. Because since I’ve met Ms. Perimenopause, I’ve lost the ability to make any and all decisions.