So Easy to Make (When You Let Go of Perfection) 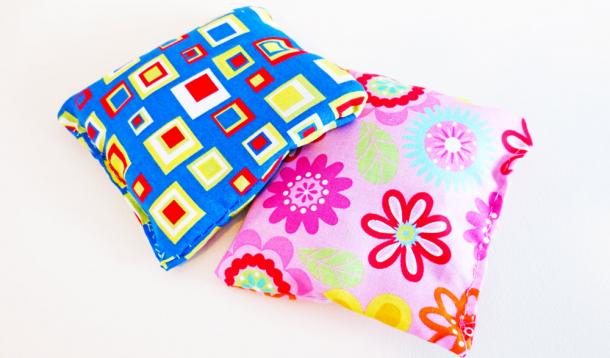 I'm not what one would call skilled when it comes to sewing, but I do love colourful fabric - which is easy to see when you sneak a peek at the stash in my house.

Still, I've always loved the concept of crafting items out of cotton, linen and polyester. And so, when my daughter started talking about buying some bean bags after having played a game of bean bag toss at a friend's house, I took it as an opportunity to sit down with her, fly by the seat of my pants and co-create a few sacks full of legumes.

She and I had collaborated once before on another sewing project - a pig made of old nylon hosiery and buttons (thanks to The Wonderful World of Jillian Jiggs), but this time, I decided she should do the lion's share of the work.