Life as a Country Mouse: What I Learned Living Rurally

Why the End of the Road is Just the Beginning 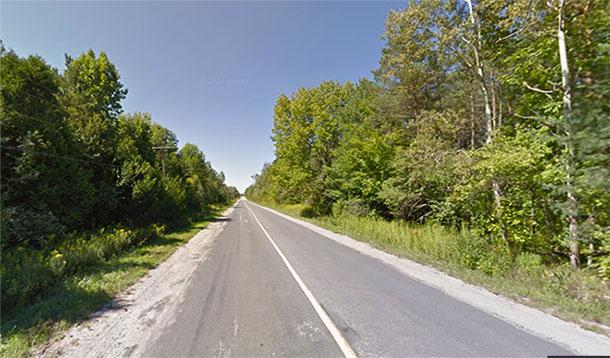 When I was a kid, we lived at the end of a very long road in the country. Not so far out that we required a guide, but deep enough in that some relatives were afraid to visit.

Although we lived a good distance away from any city or town, we were by no means the only family in the outskirts. Granted, most were cottagers who made only brief appearances once a year, but there were also few permanent residents living amongst the wildlife.

There were the Smiths* - a rather uptight crew of five who had escaped life in the big city to settle in a lakefront mansion. At least, I thought it was a mansion. I had little to go on other than the fact that my house had one level and theirs had two (and a half). The Smith dad - a doctor – ran past our house and up and down our long country road every day before dawn, at noon, after supper and when the sun went down until one day he never came back. The Smith mom was a snob (by my family’s standards) and by that I mean that she never spoke to us, even though her daughter was my best friend - but only during school hours, on Tuesdays.

Then, there was the Jones Family* who lived near enough that when conditions were right, we could inhale their cigarette smoke. All four of them had loud voices, and as a result, we always knew what they were having for supper, which child had misbehaved that day, and who had a headache. Residing near them was exhilarating. And exhausting.

Still, living where we did brought with it benefits.

For example: At the first sign of precipitation, all buses were pulled off the roads, mostly because the rural snowplow driver couldn't keep his rig from sliding into the fields. Good heart, heavy foot that one. This meant that us country kids rarely attended school in the winter, even though our school never closed.

However, living where few dared meant that we were slightly behind when it came to technological advances.

We had a telephone, but it was what was known as a "party line” which meant that in order to use it, we had to wait for Agnes who lived two rural routes over, to stop chatting with her friend Mabel. We had a television set, but could only see two channels. All news. When cable hookup finally arrived in my pre-teen years, I didn’t sleep for a week. It was amazing, until something rabid chewed the outside line going into our house.

Because we had no prepackaged sources of amusement, we country kids made our own fun. Entertainment out there was different than in the city, but it was readily available. Day or night.

Animal sightings were common, including that one time we all stood in amazement as a skunk moseyed in front of us with a soup can on his head. Also, I had a pet squirrel, a pet raccoon, pet rabbits, and pet frogs. And by this I mean I fed wild animals from our back deck until one day, when they all tried climbing up the screen door at the same time.

It was a bloodbath.

Power outages were typical, as were evening dinners made on a camp stove, toys made of sticks and buckets full of worms. And sometimes - if we were lucky - an ice fisherman would mistake our backyard for a toilet, likely convinced our home was an uninhabited cottage.

Eventually though, things evened out when my father brought home our first computer. It was the size of a refrigerator and could be programmed to display the word “hello” in white type on a black background.

It was amazing and it signaled the dawn of a very different world.

When I look at my daughter, I can’t imagine her growing up without computers, iPods, Netflix, mobile phones and indoor plumbing. Still, our recent move back to the country (at the end of another very long road) has given us a chance to show her that there is more to life than a dedicated telephone line.

Every evening we watch the deer wander past our window, coyotes sometimes scoot past the fire pit and bear scat keeps us on our toes. Pet crickets are routine, beach rocks are playthings and a pile of sand is still the best toy any kid could ever ask for.

Sure, we also share our home with My Little Pony, Little Live Pets and Paw Patrol and sometimes, as I scan my kid’s bedroom, I shudder at the glut of purchased playthings. But at the end of the day, I like to think we are providing our girl with a healthy understanding of what’s important. Namely: experiencing nature, playing make-believe and always - ALWAYS - keeping the raccoons separate from the rabbits.

*names have been changed.