How One 7-Year-Old is Spreading Joy Around the World

You won't believe how she's doing it. 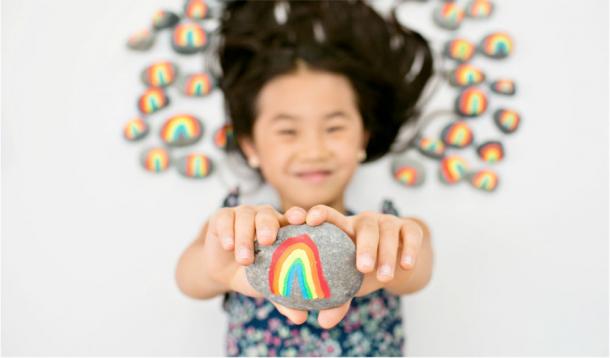 Seven-year-old Alia lives in San Francisco, and like a lot of kids her age, she loves rainbows.

Last December, Alia - inspired by the Monteiro Family’s Word Rocks Project - decided to scatter rocks painted with colourful rainbows and embellished with cheerful messages, all around her neighbourhood. 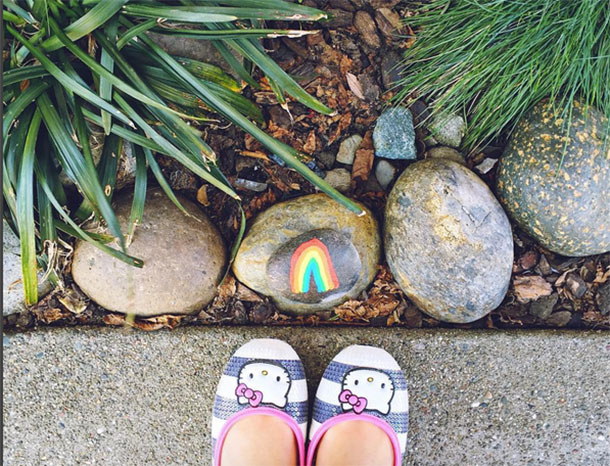 Her goal was to spread joy and make people feel happy when they discovered one of her creations on the sidewalk, at the park, on hiking trails, on mailboxes, and at local attractions.

Shortly after, Alia’s mom Agnes suggested Alia begin painting the rocks for a good cause. And with that, the Rainbow Rock Project was born. 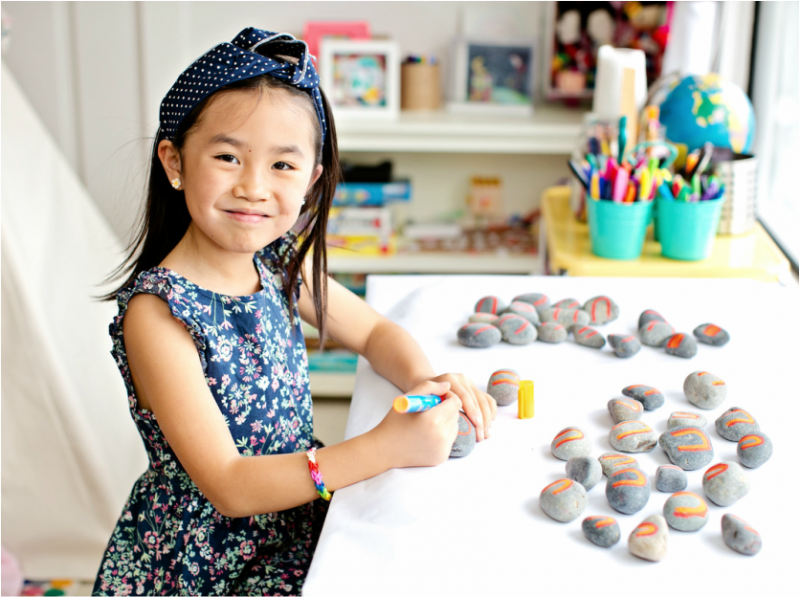 A website was created where, for a dollar a piece, donors could have Alia decorate a rock and place it where it would bring joy to a stranger, with all proceeds going to a cause of Alia’s choosing.

“When we are driving around,” says Alia, “I sometimes see homeless people on the street. I always ask my mom or dad to stop and give them money. I feel bad that there are so many homeless people out in the cold without food or a warm bed."

And so, Alia set a goal of selling 500 rocks this year, giving all the proceeds to her local homeless shelter, Bay Area Rescue Mission.

But, here’s the thing. Shortly after the project began, Agnes shared her daughter’s beautiful rocks with her Instagram followers and within two days, 500 rocks were sold to people from Australia, England, France, Canada, Singapore and the USA. 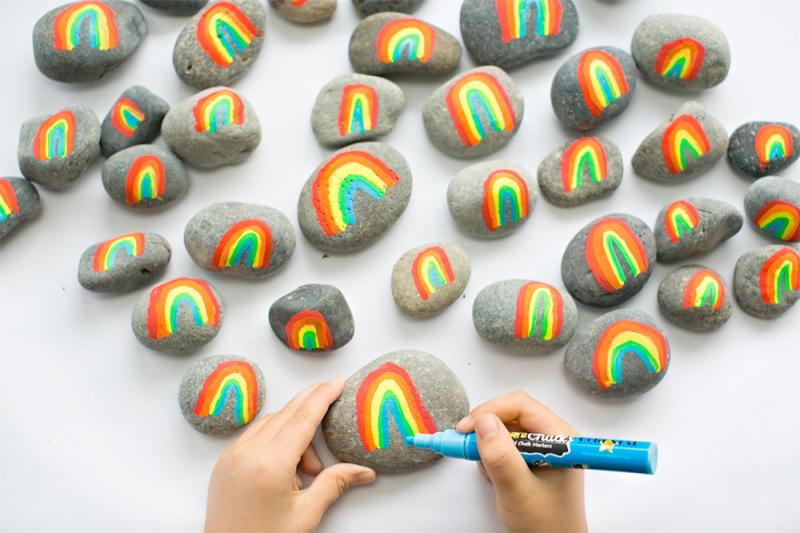 Alia’s new goal is now 1000 rocks, and her parents have pledged to personally match donations if she reaches it, meaning $2000 will potentially be donated to The Bay Area Rescue Mission.

Every rock is painted by Alia using Fun Chalk markers (who were kind enough to donate markers for the cause). The rock - including the message on the back - is then sealed so the rain won’t wash away the cheerfulness. Because so many rocks sold so quickly, Alia has enlisted the help of her friends to paint them as soon as possible. 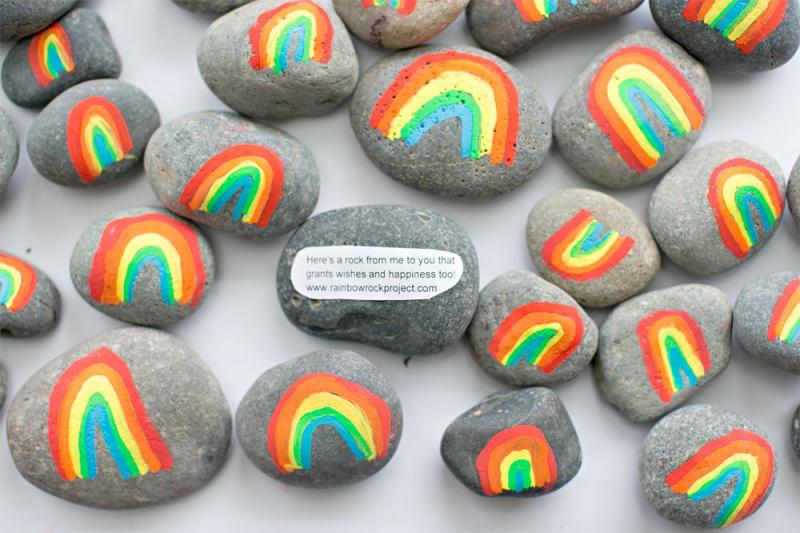 Meanwhile, Alia and her mom would love it if other people – especially kids - would join them in spreading kindness around their home communities. All you need to do is find and decorate your own rainbow rocks and drop them around your cities and towns. And when you do, be sure to share them on Instragram at @rainbowrockproject by using the hashtag #rainbowrockproject so Alia and her mom can see and share back. She says, “I would love other kids (and grown-ups) to get involved so we can scatter as many rainbow rocks as possible around the world!”

My 3 year olds and I were busy today We have created our first batch of kindness rocks to leave out for people to find in South Australia! #rainbowrockproject #wordrocks #randomactsofkindness #kindnessmovement @rainbowrockproject @word_rocks_project

When I told my seven-year-old daughter about the Rainbow Rock Project, she immediately began planning. When the snow clears, she will be collecting, decorating and spreading pretty stones (and good thoughts), all over our town with an additional goal to raise funds for our local SPCA.

What about you? Will you and your kids join in on these random acts of kindness?

RELATED: This Mom Made A Rainbow Loom Dress That Sold For More Than $200,000