The time is now. Don't waste it. 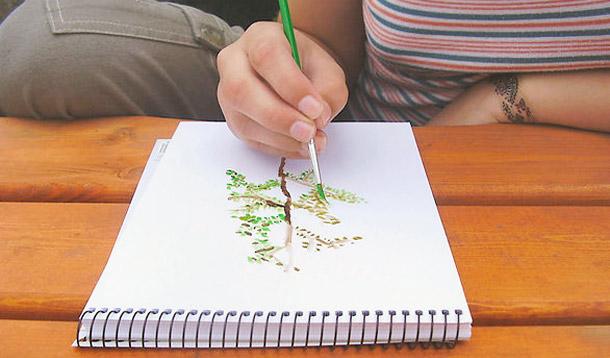 Years ago I had a gig as a music journalist and during that time spent many hours in hotel rooms, restaurants and bars talking with musicians - from unknown indie shoe-gazers to celebrated Grammy award-winners.

In the process, I posed a lot of questions to a lot of artists, but of all the queries I pulled out of my back pocket, this was by far my favourite:

“Where do you think creativity comes from?”

The answers ranged from “I don’t know” and “I wish I knew” to “collaborating with people smarter than me” and “alcohol”.

Still, on rare occasion, songwriters especially would shy away from the topic, citing superstition as the reason. They were convinced that if they spoke too much about the origin of their inspiration, it would disappear faster than the fruit plates in their riders.

When I was a young art school grad, I certainly believed this to be true. At the time I felt I had an elusive (invisible) muse named Georgio and the relationship I had with him, or her (or it), was tenuous, at best.

Fast-forward two decades… I’m older, slightly wiser and no longer a slave to an imaginary guide. I've had a few successes and many failures along the way and because I like you, I'm going to share what I've learned (so far) about being creative.

If creativity is the ability to make new things or think of new ideas (notice there is no mention of perfection), then ANYONE is capable of creativity. That's science.

However, if you want to start being more creative, you need to first stop doing these 10 things…

Some people are great with numbers. Others have an ear for music. And while it’s true that certain folks seem biologically built to paint, sing, or write better than the rest of us, the truth is even they need to work at it. Ultimately, natural abilities begin as innate interests so if you start with what excites you, you’ll be ahead of the game.

There may come a day when you'll want to repurpose your old waffle maker into a soap dish, or make a fish sculpture using cupcake liners and forks. But today is not that day. Pinterest can be a wonderful place to hang out and feel inspired. But it can also trigger unpleasant feelings of inadequacy and self-loathing, which brings us to…

Stop feeling defeated before you begin

If you spend too much time looking at what others are doing, it becomes far too easy to say, “I can’t do that.” Fear has no place in your creative house, so kick it to the curb. Now.

Stop comparing yourself to others

Your favourite writer has probably been at it for many years and that neighbour of yours who paints realistic cows has likely gessoed over more than a few failed attempts. Comparing yourself to others is never a good idea. Don't do it.

It’s a misconception that if you want to be creative, you need to wait for inspiration to strike. This is not true. Don’t wait for it. Do something. Now. Draw a line. Paint a brush stroke. Make a doodle. Write a sentence. Because in the words of Pablo Picasso: “Inspiration exists, but it has to find you working.”

If you make things, there will come a time (actually, many times) when you will hate what you do. There. I’ve said it and you’ve read it. Now, get over it. Like the old saying goes: Have the courage to write (paint, draw, sing) badly.  It’s that simple.

I used to think I needed lots (and lots) of 24-pan watercolour trays and stacks of pretty writing journals before I could start working. I was wrong.

I’ve often found that my best work happens when I’m not worrying too much about what I'm doing. To be truly creative, you need to let go of preconceived notions. Only then will you make room for new ideas.

A coyote walked across my front yard the other day and as much as it freaked me out, it wasn't enough to stop me from heading outside. Seriously. Get out there. Walk. Run. Bike. It doesn’t matter just get up, open the latch and step into the uncluttered air. Like my 7-year old daughter says, “Let’s open the door so we can smell the sky.” But carry a stick because, coyotes.

Back away from your computer, close your laptop, put down your phone. Free up five minutes and begin. But not before you take in these words from Neil Gaiman: “Make glorious, amazing mistakes. Make mistakes nobody's ever made before. Don't freeze, don't stop, don't worry that it isn't good enough, or it isn't perfect, whatever it is: art, or love, or work or family or life. Whatever it is you're scared of doing, Do it.” 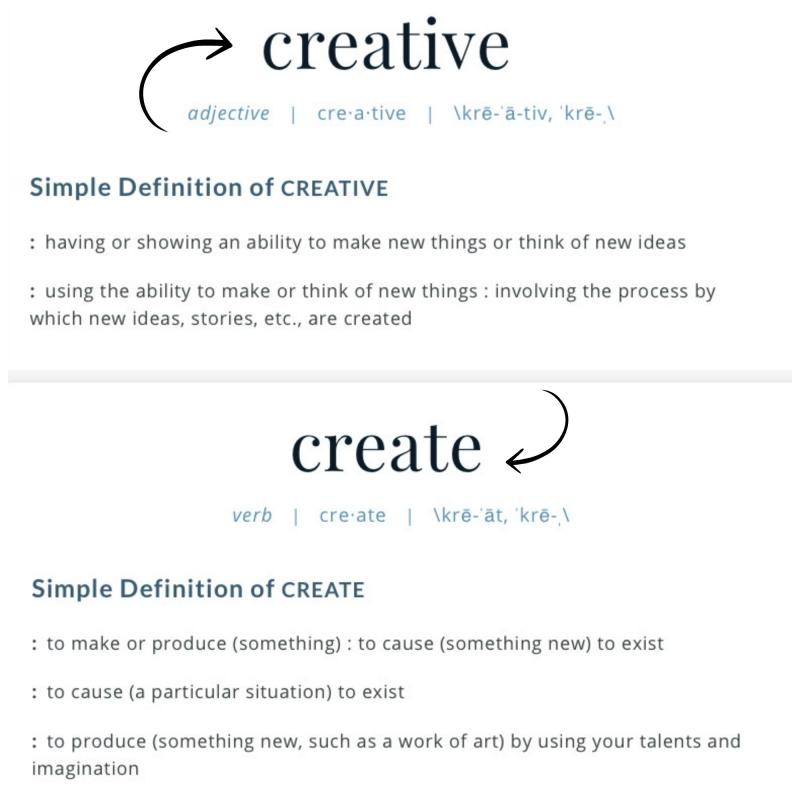 RELATED: 12 Ways to Expose Your Kids to Art

Category:
Home - Crafts
Tags:
how to be creative
creativity
the art of childhood
make mistakes
unleash your creativity