Make them All - and don't forget Rudolph! 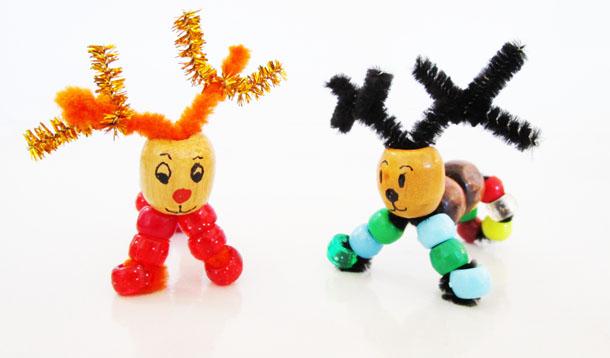 You know Dasher and Dancer and Prancer and Vixen, Comet and Cupid and Donner and Blitzen.

But, do you know how to make them - and their friend Rudolph - using pipe cleaners and beads?

You will, after reading through the following directions.

For each reindeer, you will need:

You'll also need a decent pair of scissors, a permanent magic marker and maybe a glass (or two) of eggnog.

Begin by bending one pipe cleaner in half, like so. 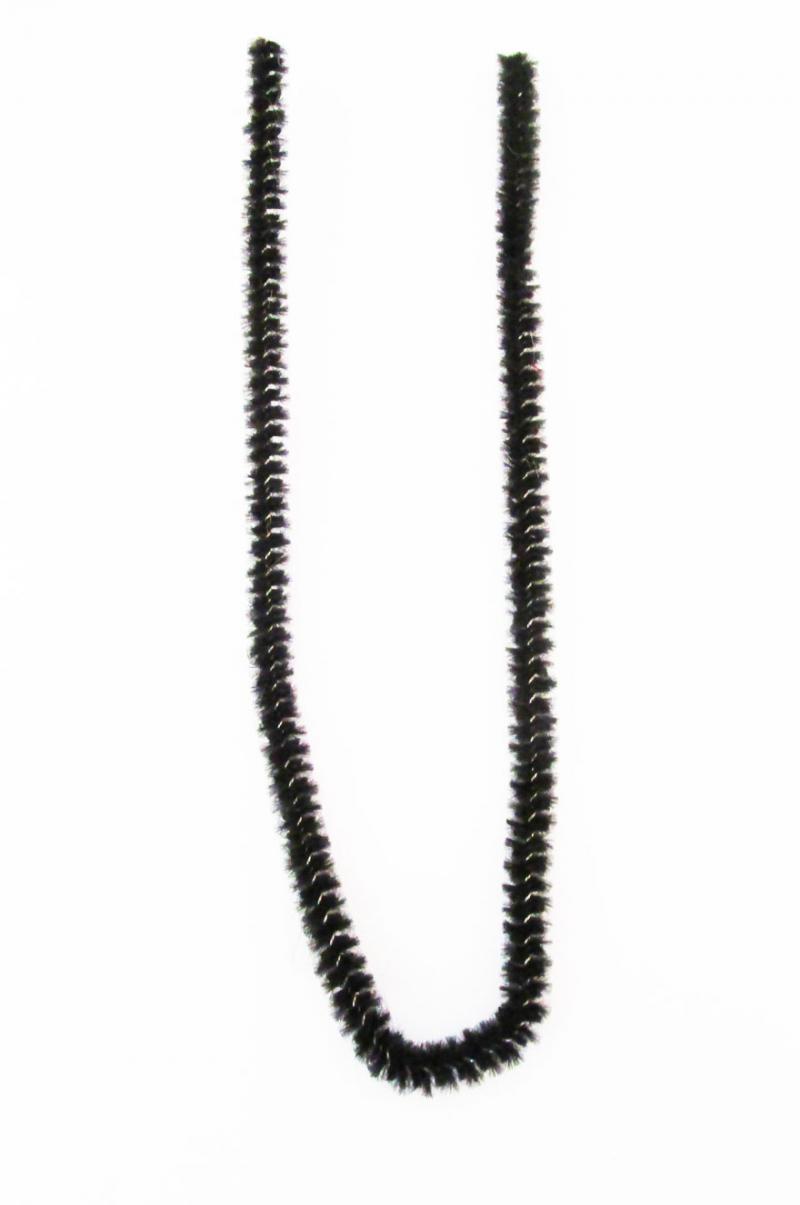 Next, string six pony beads onto the pipe cleaner and move them down to the bend. 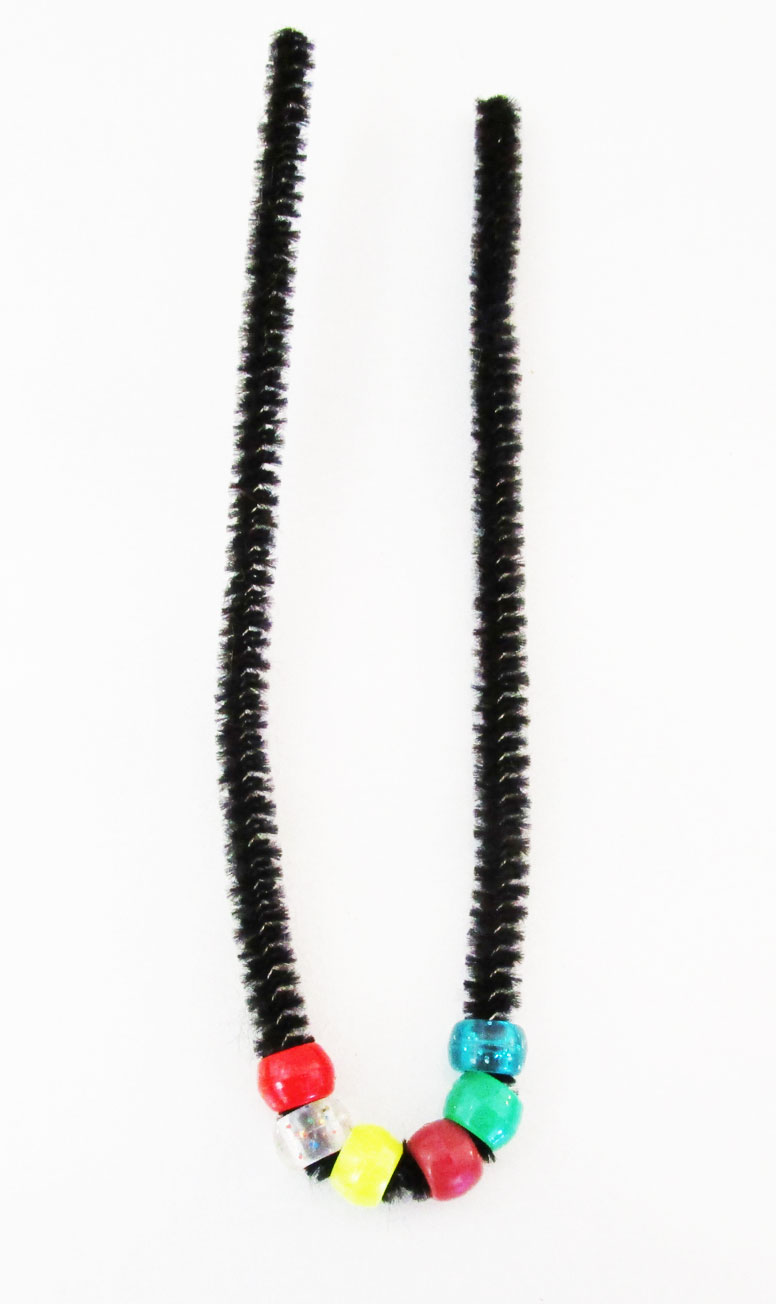 Push both ends of the pipe cleaner through two large beads and separate them at the top. 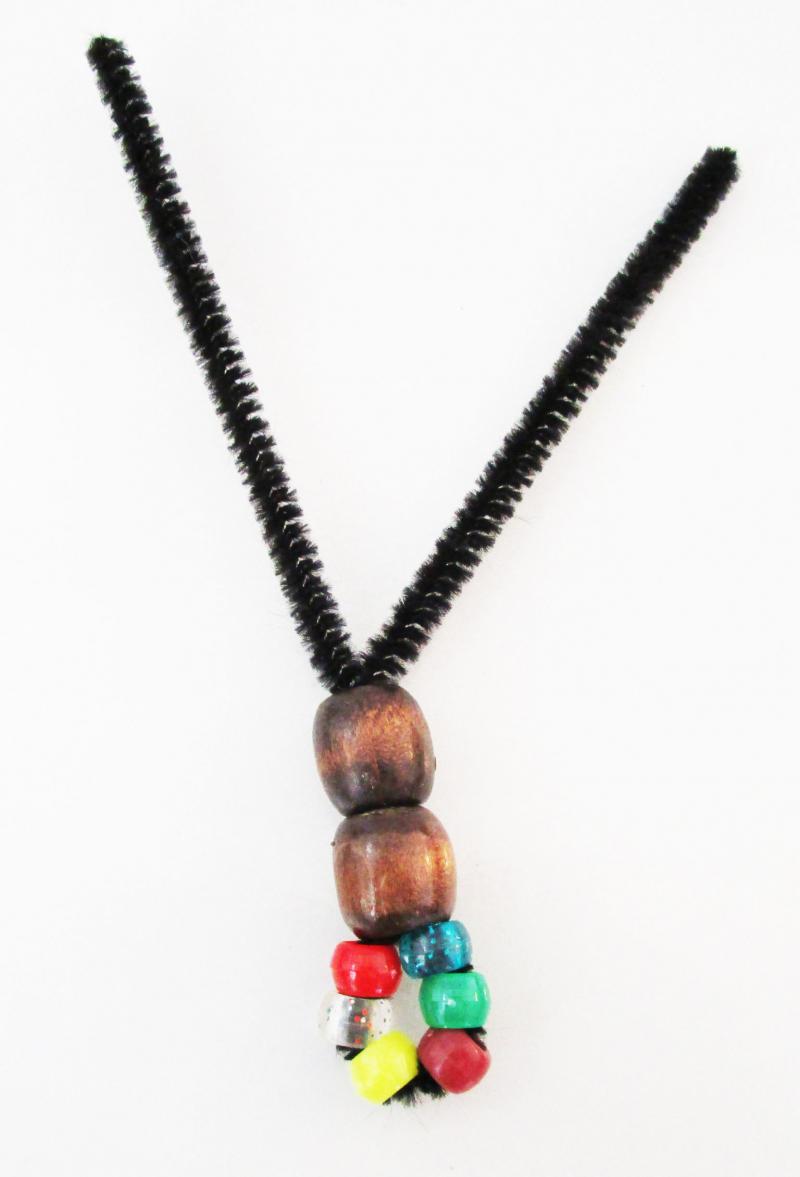 String three beads on either side of the pipe cleaner until you have something that resembles an inquisitive beetle. 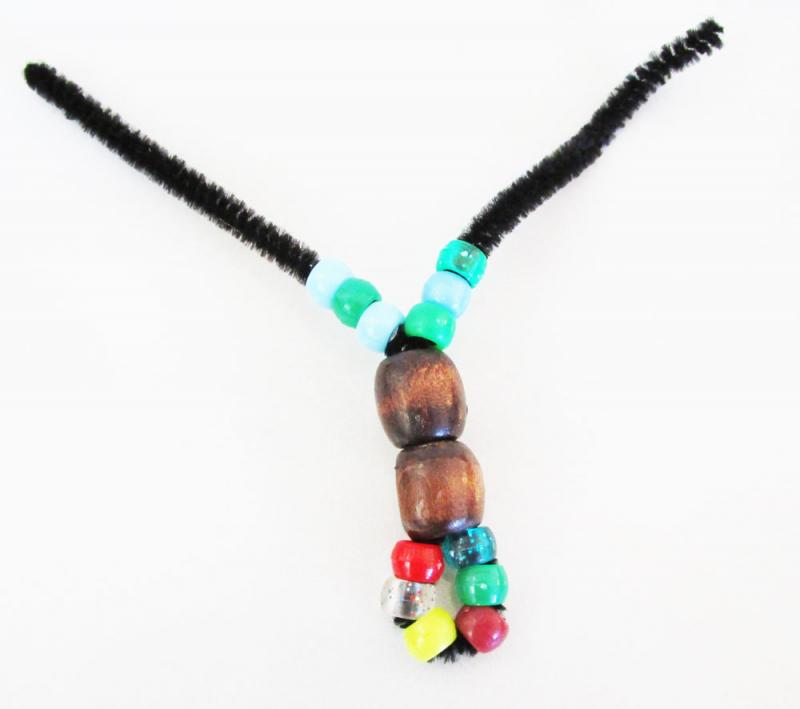 Bend the ends around... 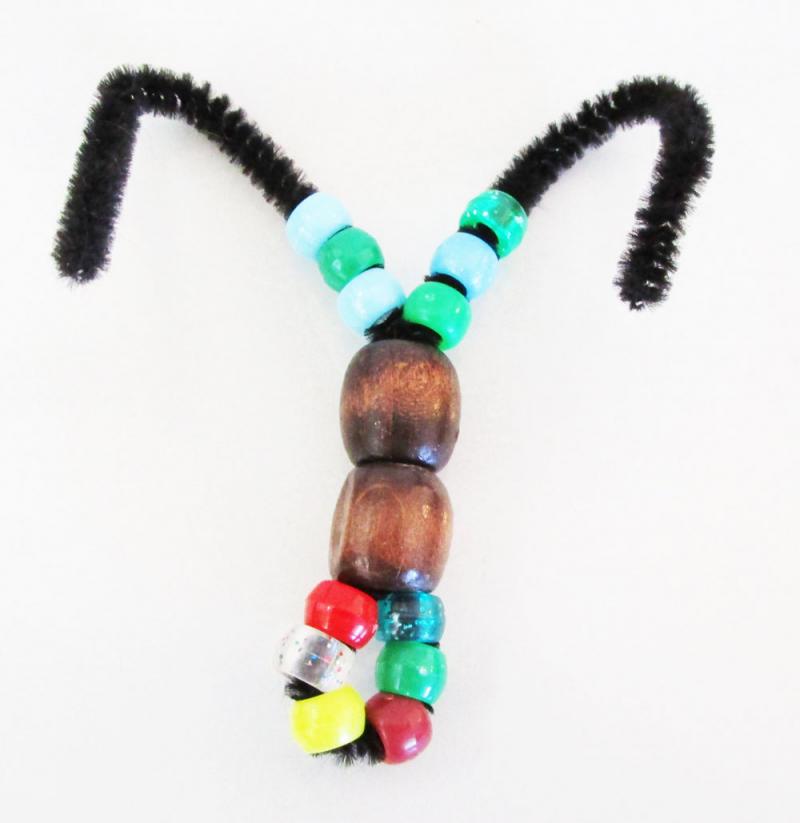 and push each one through TWO of the three top beads. 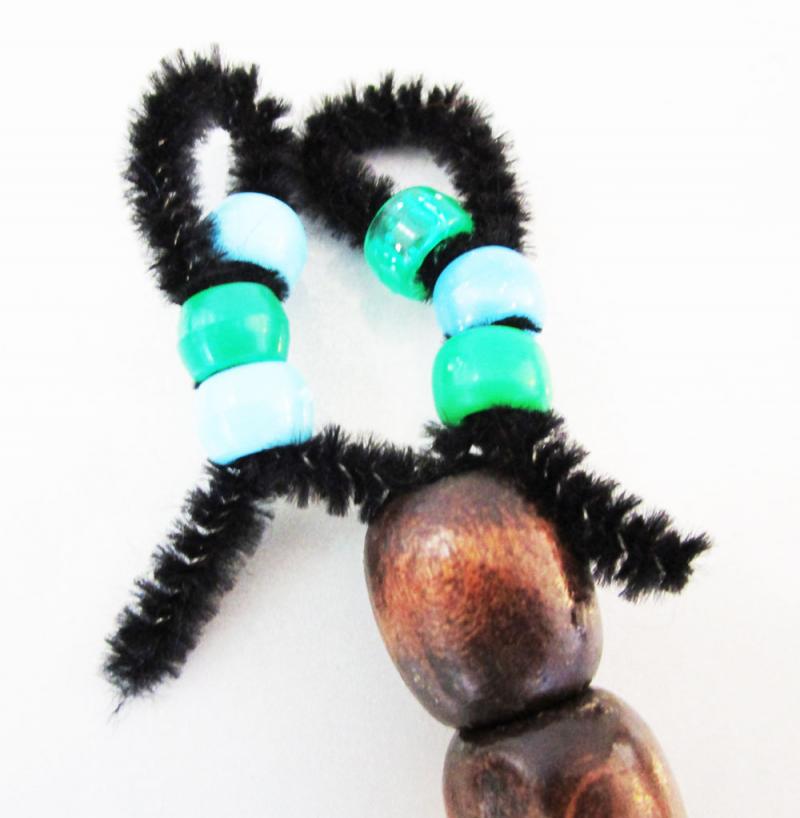 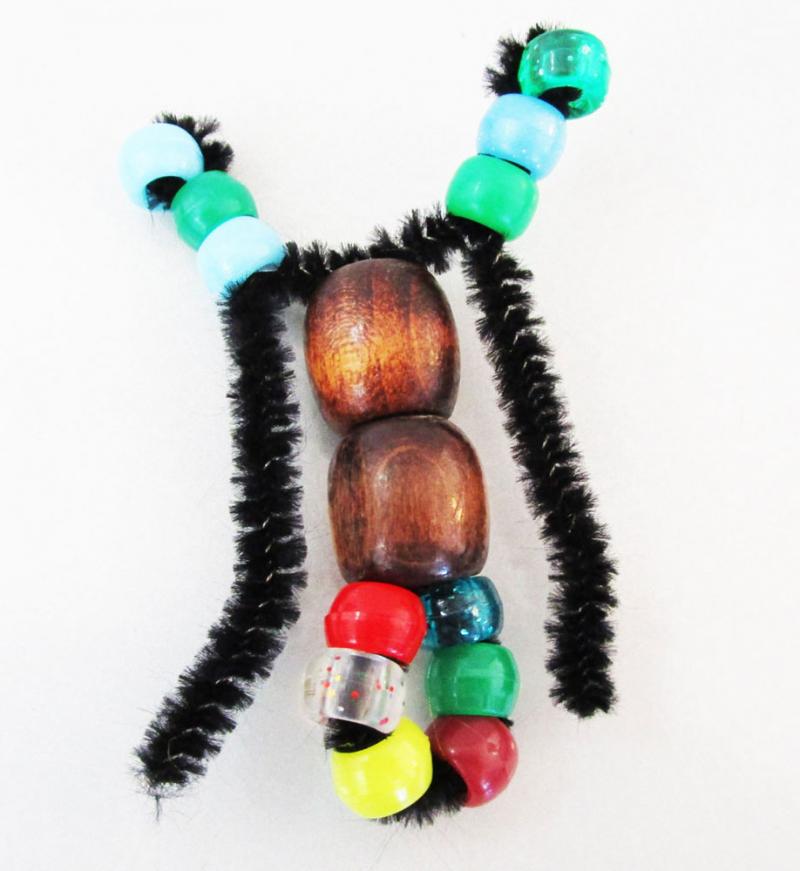 Now, bend the straight beaded end towards the looped beaded end until you have a critter that stands up. 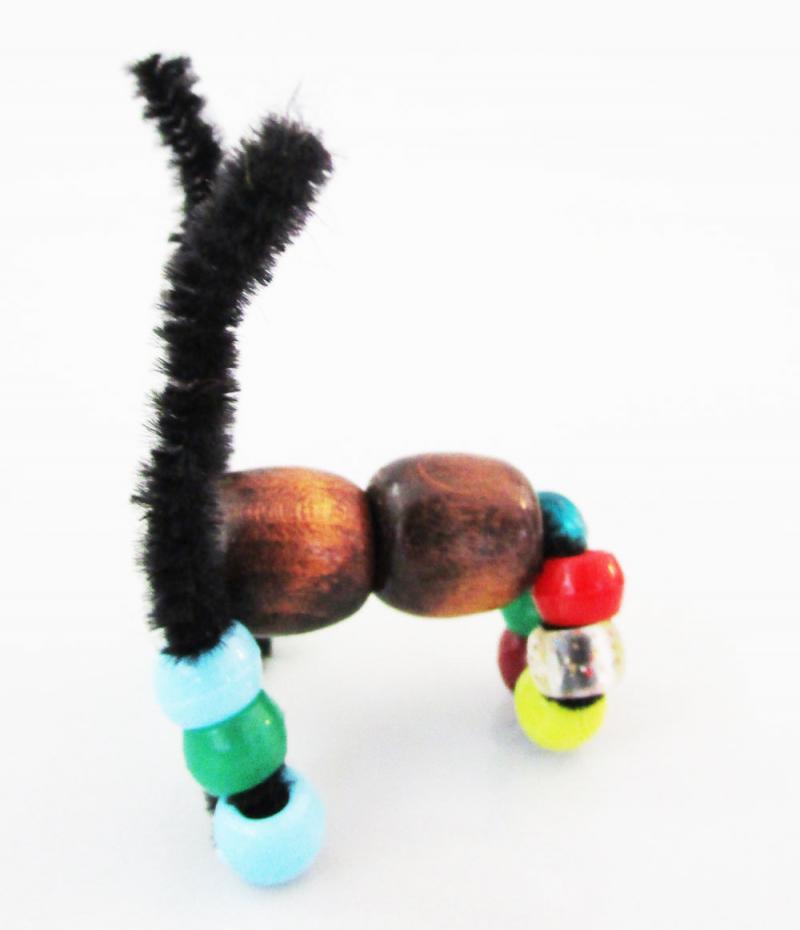 Push the two pipe cleaner ends through a big bead (this is the head), allowing the excess to poke out the top. 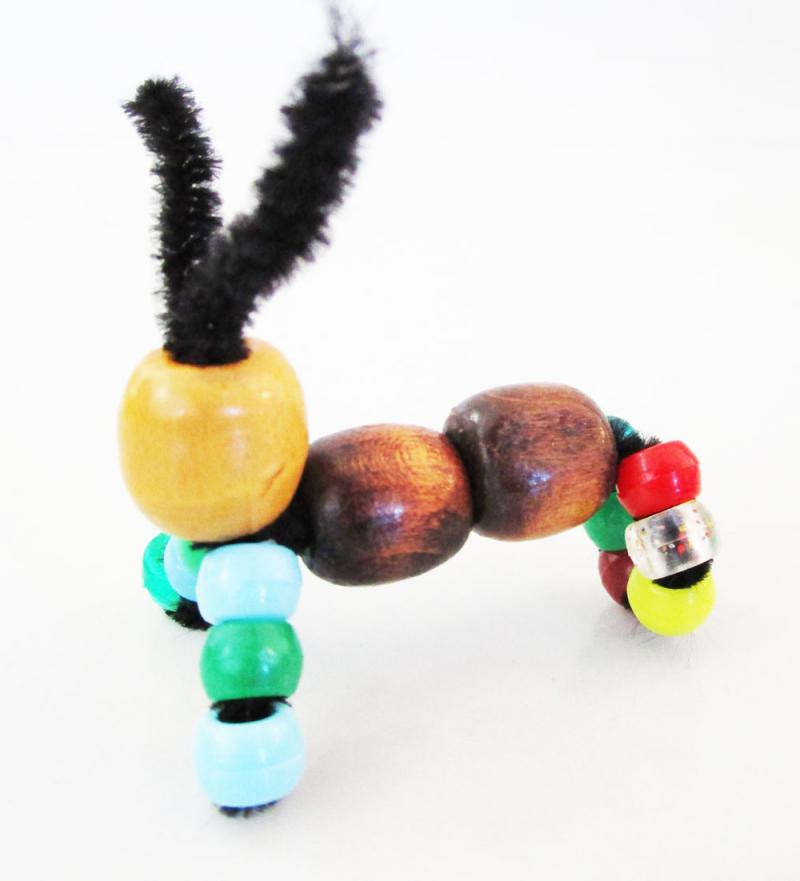 Cut a couple of little pieces off the second pipe cleaner and twist them around the existing ends to make antlers. 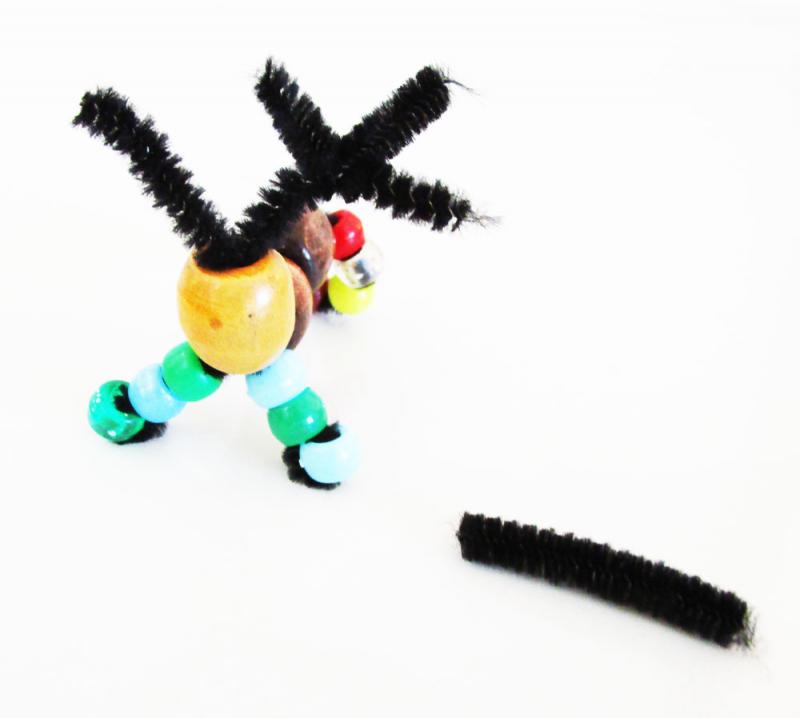 Oh my goodness, you made a reindeer! 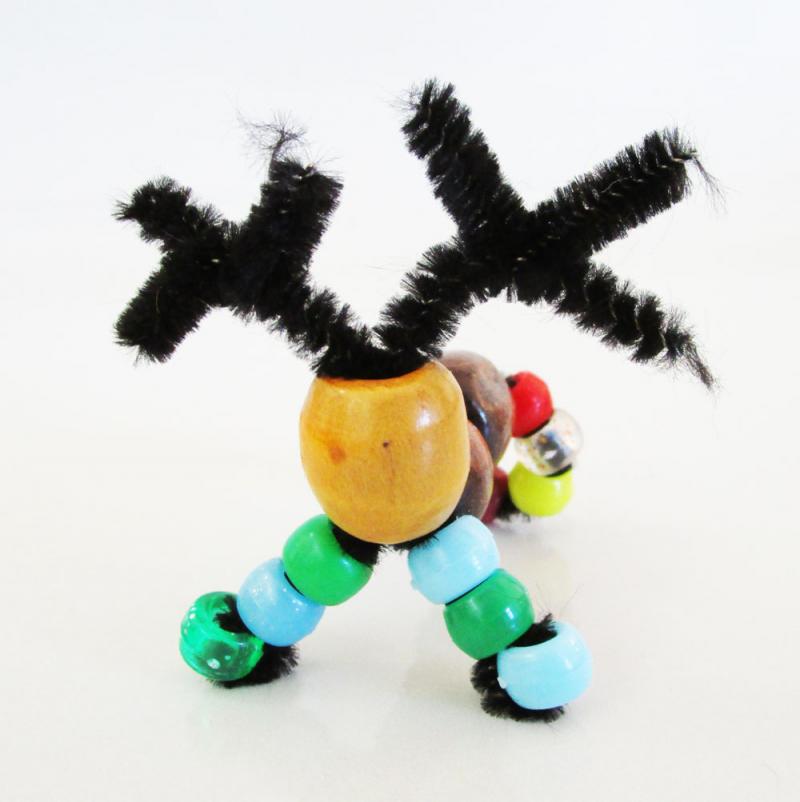 Give him a face. 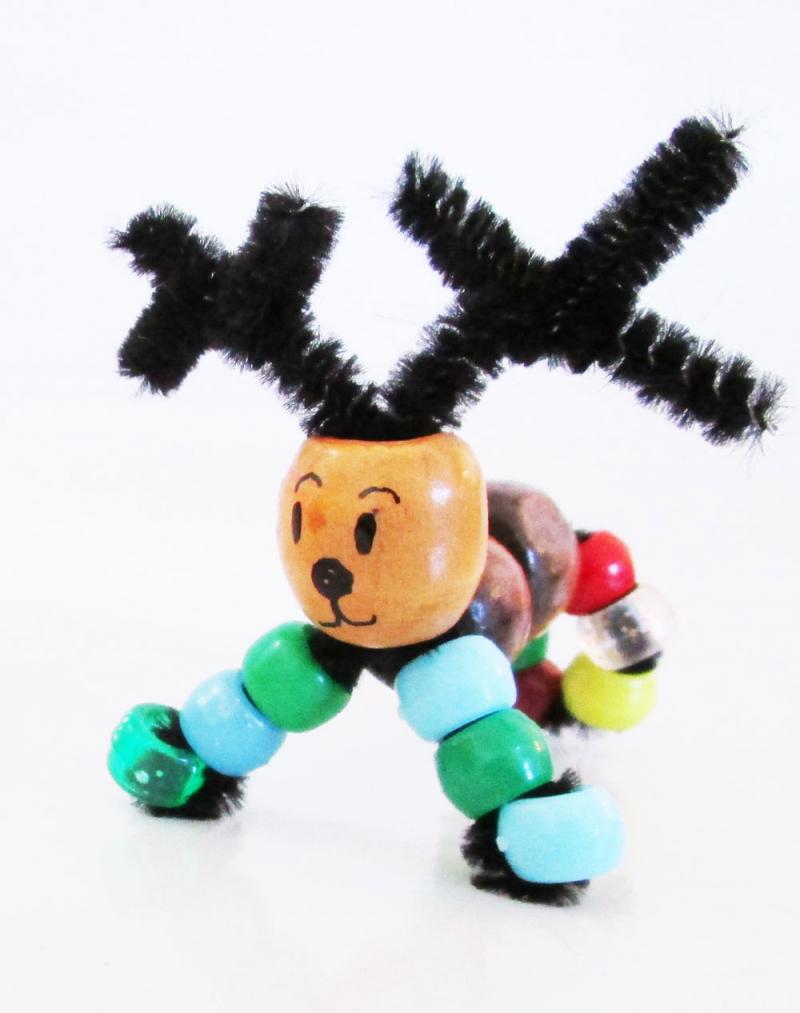 And make him a friend (or more). 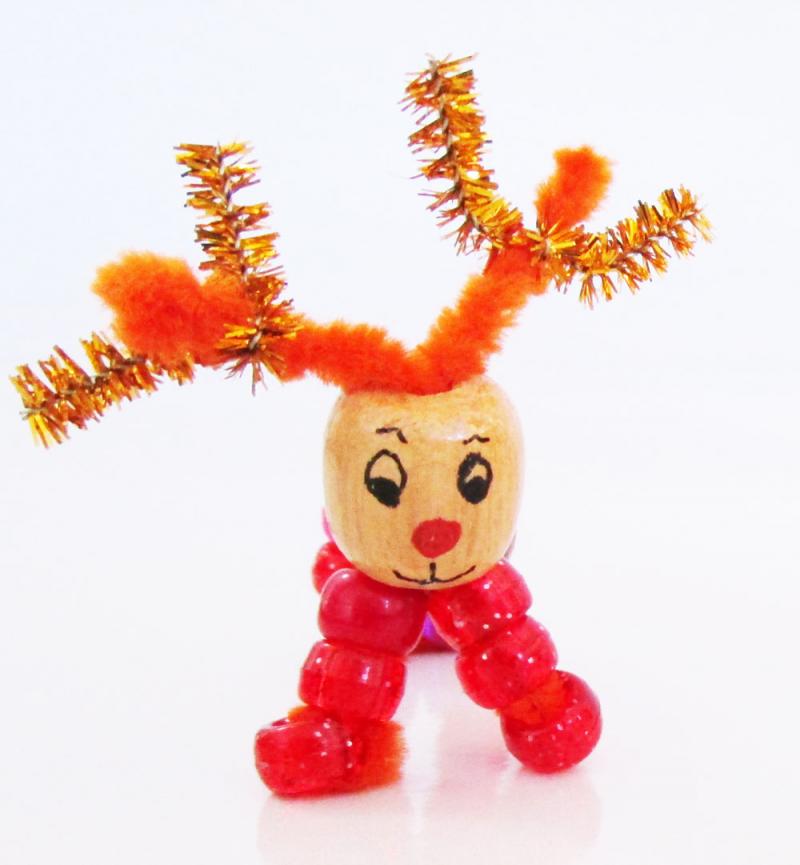 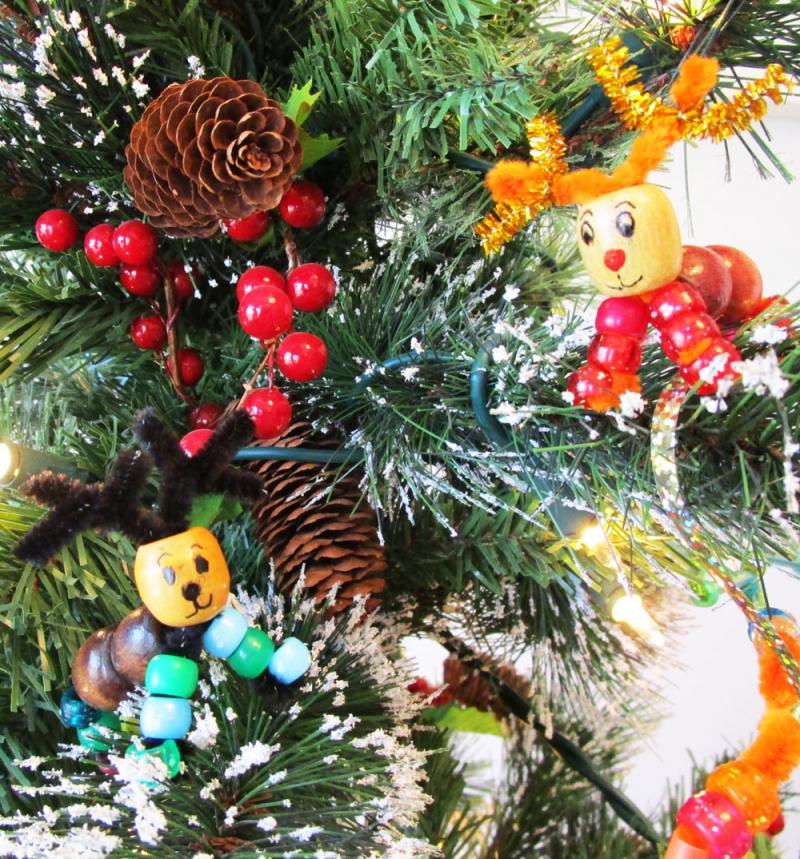 Go ahead, give it a try.