Ali Martell: Straight Up, With a Twist 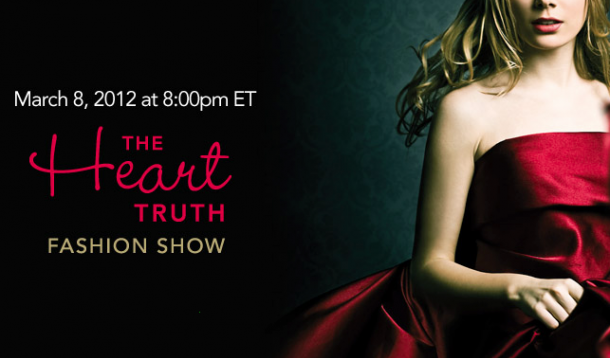 Shannon Tweed, the Canadian actress and model who is most currently well-known for playing herself (she's a mom of 2!) on the A&E reality show Gene Simmons Family Jewels, is in Toronto this week as she prepares to hit the red carpet tonight for the fifth anniversary of The Heart Truth FashionShow. I have been to the fashion show before, and I absolutely love everything the show is about—Canadian designers and celebrities joining forces with The Heart and Stroke Foundation to raise awareness about women’s risk for cardiovascular disease. I got to sit down and chat with Shannon this week about fashion and style and about her role in this show.

Shannon says that she absolutely loved the idea of doing this fashion show because back in her modeling days, there was nothing she loved more than doing the shows, and, she admits, she kind of loves the idea of walking down that runway with her husband, Mr. Gene Simmons. She says that even though her father died from Angina when she was 24 and her husband Gene isn't exactly the healthiest when it comes to diet, as a young person heart health for her never really occured to her. She loves the idea of raising awareness to a younger, more female audience—the people who take care of everyone but themselves.

Shannon will be wearing Arthur Mendonca tonight. She didn't really have too much of a say when it came to her dress—they are building her a surprise—but she did get to give some input in what she wanted (sexy!) and what she didn't want.

Here's a little sneak peek for you:

I talked to Shannon a little bit about her personal style, and wondered if she had any advice for other moms. She loves basics, pieces built with easy-to-manage fabrics. She says she loves a little trailoring, dresses that doesn't wrinkle, a light blazer with a little bit of structure. She loves to wear long tops and leggings. She loves clothing that travels well. She loves Aritzia and Lululemon. She had two really great pieces of advice for our mom readers. Number one: Don't overthink your clothing. If you like it, it's probably right for you. Number two: Don't forget to accessorize. You can built a great outfit with some boots, a necklace and a great handbag.

When I asked about what it's like to live her life in such a public way, Shannon had a lot to say about her reality TV show. She said that she was at a point in her life where she was raising kids and being a mom and doing her own thing, and when Gene came to her and said that the idea of a reality show would be fantastic for him to get his message out, to tell people about all the amazing business things he's doing, Shannon admits that she didn't think it would work. "I told him that no one will watch this," she says. She agreed to three episodes, and assumed that people would lose interest pretty quickly. But people didn't lose interest and somehow, before she knew it, she signed on for an entire season. People just kept watching; they were very interested in the family dynamic. Shannon secretly hopes, even season, that it gets cancelled, because it's hard to live her life so publicly.

She admits that when something particularly dramatic happens when the cameras aren't rolling, like a fight, the producers ask them to recreate the scene, because, obviously, people like to see both the good and the bad of family life. Because of this, Shannon is forced to relive some of the stuff that she doesn't even enjoy living through the first time around. And then she lives it all over again when they do press. And then she has to watch it another time when it's aired on television. So, essentially, she says, "I am living the awful things four times!" But, on the other hand, she gets to relive the good stuff four times too. (Silver lining!) Also, she gets to explore all sorts of different things that she wouldn't normally get to do. Because TV viewers don't really want to watch Shannon and her family sittng around watching tv in their yoga pants, the producers encourage her to try new things, and that's a personal little bonus for her.

I asked Shannon to tell us something that people would be surprised to know about her. She told me that she does needlepoint, sews, and knits. She is a really great cook. And she loves to read...her current read is 50 Shades of Grey, by E.L. James.

You can watch a live feed of Shannon Tweed and Gene Simmons, along with several other Canadian celebrities, live on the red carpet tonight at 8pm ET here.

Ali Martell: Straight Up, With a Twist How Taylor Swift is Doing the Best PR for Starbucks

Ali Martell: Straight Up, With a Twist Why You Should Probably Buy a Kobo

Ali Martell: Straight Up, With a Twist At Least I'm Not the Skunk One...

Ali Martell: Straight Up, With a Twist These MIGHT Be Dealbreakers

Ali Martell: Straight Up, With a Twist Kobo VS Kindle

Ali Martell: Straight Up, With a Twist I Am The Leggings Police. I Even Have a Badge.

Ali Martell: Straight Up, With a Twist Jake and The Never Land Pirates Gets a Surprise Guest Star

Ali Martell: Straight Up, With a Twist A Fictional Nine

Ali Martell: Straight Up, With a Twist Who Is Your Celebrity Doppelganger?

Ali Martell: Straight Up, With a Twist How To Become a Pageant Mom in Ten Easy Steps.