Findings Could Lead to a Cure 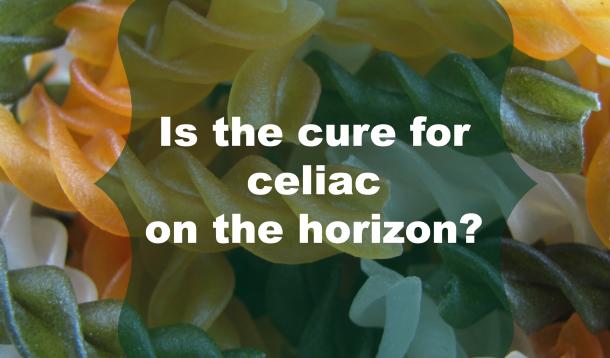 More than 330,000 Canadians suffer from Celiac disease, a condition that sees their bodies react in negative ways to gluten. But why? Up until now, scientists haven't been able to pinpoint just why the immune systems of those with Celiac have this reaction, but a team of researchers thinks they're making great headway.

In a segment on Australian news program The World Today, host Elizabeth Jackson spoke to Dr. Hugh Reid, a research fellow at Monash University, about the study findings.

Dr. Reid said, "In coeliac patients, they have an inappropriate immune response against a component of wheat, barley, rye and oats, called gluten and associated proteins, which leads to an inflammatory response in the small intestine..." and notes that now the team has been able to demonstrate just how peptides bind to proteins, creating the response. Further, he states, "By being able to examine and dissect the atomic interactions between the protein on the surface of the T-cell and the gluten, we are able to, or we may be able to, open the way for therapeutics to disrupt the interaction or to somehow change the way the T-cell sees gluten."

So basically what he's saying is that by knowing how these two things bond, they may be able to stop it from happening with vaccines or drugs of some kind. By changing Celiac patients' T-cells, they can adjust the immune response (potentially) to accept gluten.

How incredible would this be?! I mean, not for the gluten-free product industry, but for those who suffer from the disease? I look forward to hearing more as research continues.

While waiting for the cure for celiac, here's a round-up of 25 fantastic gluten-free sites to check out. And here are some drool-worthy gluten-free desserts you'll definitely want to try out! 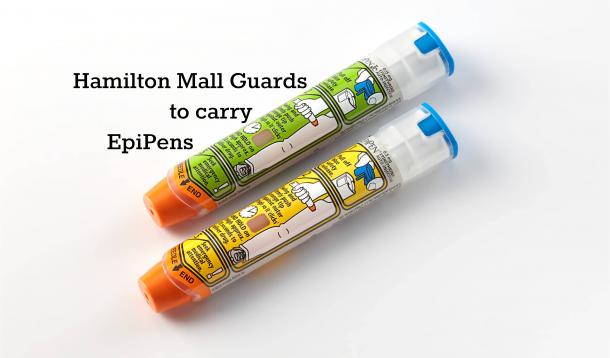 Remember the campaign to get EpiPens into Hamilton restaurants? Well, Hamilton's making allergy news again, this time for pushing to have mall guards carry EpiPens in case of emergency allergic reactions. TheSpec.com reported that Hamilton's medical officer would like to see the pilot project take place in two area malls—Eastgate Square and Jackson Square. About the pilot project, the leasing manager of Jackson Square, Jocelyn Mainville, says, "Anything we can do to help, especially with something as simple as an EpiPen and auto-injector. Why wouldn't we do it?"

Dr. Elizabeth Richardson, Hamilton's medical officer of health, is pushing for the city to supply up to $82,000 for the project. After Maia Santarelli-Gallo, a twelve-year-old Hamilton girl, died from a reaction to an ice cream cone at a Burlington Mall, more attention has been on access to epinephrine auto-injectors in public spaces, in the same way that defibrillators are found in most public buildings now.

I think it's a fantastic idea, especially given the fact that an anaphylactic reaction can take anyone by surprise, and allergies can appear at any time. In addition, there are often times people have forgotten their epinephrine auto-injector at home, or need a second dose.

Not sure what to do in case of an allergic reaction? Here are step-by-step instructions on how to use your EpiPen.

Check out our Parents' Guide to Dealing with Kids with Severe Allergies.

Did TellSpec Raise Funds for An Imaginary Product? 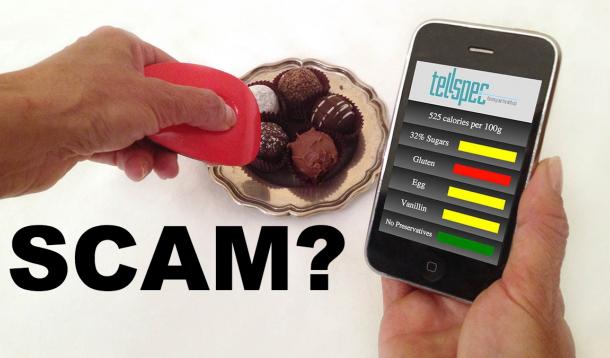 A few months ago, I wrote about a new device raising funds on Indiegogo: the TellSpec food allergen detector. The campaign raised nearly $400,000 but as it turns out, the product doesn't quite live up to its claims. And by "doesn't quite," I mean it looks like it's total bullshit. As far as science is concerned, in any case.

When questioned by actual scientists, the two people behind the company, Isabel Hoffman and Stephen Watson (from York University in Toronto) backtracked on their claims, even admitting their campaign video was a complete fabrication. Pando.com posted an article on April 4, 2014 bringing to light many discrepancies in one of TellSpec's YouTube videos stating:

And what has happened since they first came to the public claiming they were totally ready to head to production? Well, I personally reached out to TellSpec numerous times, with no response whatsoever. One would imagine that if you're a Toronto-based company aiming to boost awareness about this awesome new product, you'd be eager to do interviews, right? Wrong. The company ignored all outside contact and questions. Pando notes that in March, TellSpec updated their Indiegogo page to say they were rethinking their technology, and pushing shipping dates to late 2014. So, absolutely nothing had been perfected (in fact, their product didn't work at all), but their campaign has been left to run, collecting funds for something that is a fraud? How is that ok? They said they had something with all the bugs worked out, but now claim they've put the money into things like R&D? Hmmm.

Just last week, TellSpec CEO Isabel Hoffman posted a new, very positive-sounding update on the company blog, but if things are so rosy, why all the backpedaling? Why aren't they responsive to public inquiries? It's really disappointing that they've been allowed to prey on the fears of those with life-threatening food allergies, but I guess the saying holds: caveat emptor, friends. If it looks too good to be true, it probably is.

(Unless it's these Banana Oatmeal Superpower bars... they really are as amazing as they seem.)

For more articles about other scams people love to fall for, how about this piece on oil pulling? Or this one about the latest research on homeopathics?