Many Kids Who Report Food Allergies Don't Actually Have Them 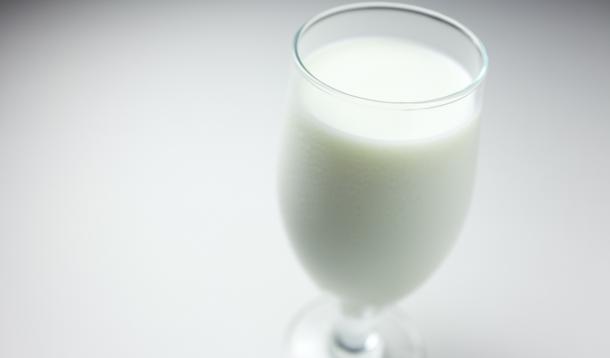 Anna Winburg, a doctoral student from Umeå University has discovered that many young students who report food allergies don't actually have them at all. In her recent study, Winburg examined hypersensitivity to foods such as dairy, eggs, fish and wheat in school-aged children in Sweden. She found that reported food allergies and sensitivities were an astounding eight times more common than actual confirmed allergies. That's . . . that's just crazy. And frustrating, and totally unneccesary. In Canada, nearly 8% of all adults and 7% of children self-report food allergies -- but how many are accurate? That's approximately 2.5 million patients, not doctors, reporting allergies. Studies have demonstrated that these numbers are often inaccurate here, too. The problem is not only that these children live in fear of contacting a perceived allergen, but they're also missing out on some really healthy (not to mention delicious) foods.

In Winburg's study, food "hypersensitivity" in kids ages 7/8 was reported by 21% of the children, but by age 11/12 that jumped even higher (to 26%). When tested for allergies, however, only 0.6% were confirmed. Of particular interest is the fact that nearly 15% of those who reported dairy allergies at age 11/12, only 3% actually had the allergy. So, um, what exactly is going on here, people? Why are we over-reporting allergies? Are kids picky eaters? Or are parents self-diagnosing allergies? Or do they outgrow them and not realize it?

Turns out, Winburg believes that it's most often the latter case. "Most children with allergies to basic foods will develop tolerance before school age," says Winburg. Ongoing testing is the key to accurate reporting, apparently. This is something Dr. Adele Atkinson and her colleagues at SickKids also see, and are working tirelessly to overcome. Dr. Atkinson has noted that more often than we realize, kids are mislabeled with allergies, or outgrow them but don't know it. Because skin testing is only 50% accurate, there are times when young children are misdiagnosed with food allergies and the diagnosis sticks, or times a rash is assumed to be a reaction to food, but really is not. Dr. Atkinson refers to her work as "de-labelling" kids. At SickKids, they're working hard to not sensitize children unnecessarily, and to work with families to be sure they're diagnosed correctly on an ongoing basis.

Another problem is that parents often let the diagnosis stick because of fear of reactions. It feels easier to protect a child if we don't expose them to the potential risks at all, doesn't it?

For our family, regular testing is important. I don't want my son avoiding foods unless he truly has to. In May, we're taking him to SickKids for an oral food challenge, and I can't lie: I'm really nervous about it. I've read all the information I can about the process, and heck, I even interviewed Dr. Atkinson about OFCs but I'm still so scared. Feeding my son foods we've been told to avoid for all 6 years of his life is terrifying! But it's so much better to truly know, than to have him live in (possible) unnecessary fear for any longer than he has to.

I hope that other parents push for more testing, and that more of these allergies are unfounded, so that fewer people live in fear. It's scary enough out there already.