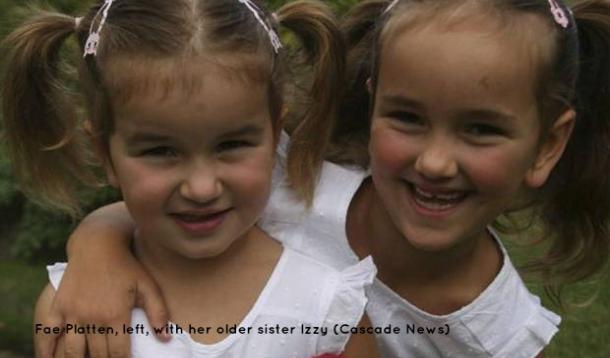 I really wish there were more positive news stories about allergies. I wish we reported more on how amazing people are, and how accommodating everyone is regarding life-threatening allergies. I mean, wouldn't we all like to live in a much more tolerant world? It's scary out there these days, and I think we're losing touch with humanity a little.

But I'm off track a little. Back to the allergy news.

Today's awful news comes out of the UK, where a little girl on a flight nearly lost her life because another passenger just couldn't stand the idea that he couldn't eat his package of nuts with an allergic child on board. Despite three warnings against opening nut products on board, the passenger, who was sitting four rows away from the allergic child, opened his snack anyway. The recycled plane air circulated particles back to little Fae Platten, who went into anaphylactic shock and required an injection of her epinephrine auto-injector to live.

Anaphylaxis from breathing in particles is extremely rare, but the fact that it can occur is enough reason to limit the risk, especially on board airplanes where the air is recycled. According to an article from Allergic Living, the occurrence is so rare that it poses almost no real threat, but for this condition:

"The only exception is [...] is if peanut protein itself is in the air that you breath. If a peanut allergic person breathes enough of the peanut protein in the air, the person can have a serious allergic reaction, asthma attack or anaphylaxis. Situations in which this can occur are unusual but it can happen. For instance, if a large number of people are opening packages of peanuts at the same time -- e.g. when peanut packages served on an airplane -- and the peanut protein dust gets into the air in an enclosed space".

At what point do we understand that mere inconveniences to us aren't worth risking someone's life?

If you would like to help save the lives of people with severe allergies, please consider signing the petition to the Canadian federal government. Let them know you feel all people deserve to travel safely!

10 Things NOT to Say to Someone With Allergies.