If a Peanut Can Kill You, Maybe You're Meant to Die

And other idiotic things people say 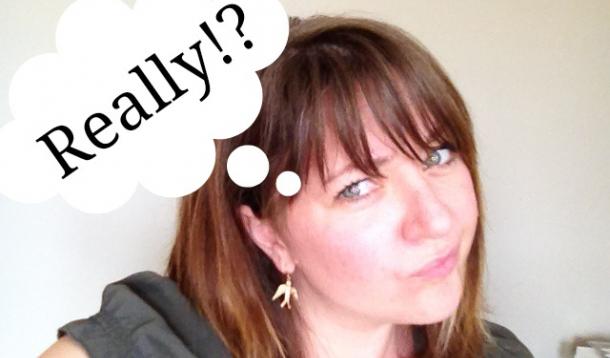 Ugh. So there's a kid in my kid's class, and he broke his leg and needs crutches. You know what? They expect my kid to move her desk over a little so that guy can get into his desk easily! Can you imagine? My daughter has to be inconvenienced so this ONE KID can sit down more easily. Pssshhh.

Also, there's a teacher in a wheelchair at my son's school, and they expect us to help hold the door for her. And suggested (GET THIS!) a ramp. Can you imagine putting a ramp in because ONE PERSON needs it? As if our tax dollars should go towards that.

When I was at the gym last week, a man collapsed and 9-1-1 came to get him. Now they're doing a stupid fundraiser to get a defibrillator in the gym. Like, why would I donate to that? I'm not going to have a coronary at the gym, I'm not some out of shape old loser. There are way better things to spend money on, like how about providing towels?

There was a mother at the grocery store the other day who was carting three kids around with her. They were SO LOUD. How totally rude of her to bring her kids out in public when they act like that, can you even imagine? She had trouble getting her cart out the door and I totally didn't even help her. Maybe she'll think twice about bringing her brats out next time, right?

Do those things sound so outrageous they can't possibly be true? They've been altered slightly, but every single sentiment is one I've read in various forums online. In general, reading comments on the internet confound me. Intolerance, ignorance, judgment—it's just mind-boggling that this stuff comes from the adults, forget the children. Now let's hear some comments I've read about accommodating food allergies:

Maybe those kids with food allergies should just live in bubbles.

Why don't you just homeschool your kid? It's not our problem your kid is allergic.

Well, if one little peanut can kill your kid, I guess it's survival of the fittest at work, isn't it?

My kid ONLY eats peanut butter. Why should my child not eat, just because of someone else's problem? Why is your kid more important than mine?

Maybe if you weren't so overprotective, your kid wouldn't be allergic.

Why should the majority bend for the minority?

Maybe if touching a nut can kill you, you're meant to die.

Now, look, I'm not saying bans in schools are the best answer, but I definitely think that when the kids are under eight, it's a definite relief to know there are no nuts around when your kid can die from ingesting them. I think it's time we all take a step back and evaluate the things we're saying about supporting our fellow humans, in general. We are the "real world." School is the real world. You can't expect a world to embrace you with kindness when that's the kind of crap you're putting out there, can you? I'm sitting back and shaking my head, hoping you're a lot nicer than you let on.

A little compassion goes a long way, people. Let's try, ok? Let's hold doors, and say thanks, and be kind, and lend a hand, and all those good things, ok?

Read about some common allergy myths, and about how one mom wrote a letter about accommodating food allergies (when she doesn't even deal with them herself!) that brought tears to my eyes.