Did You Know That You Can Be Allergic to Winter?

It's totally a thing 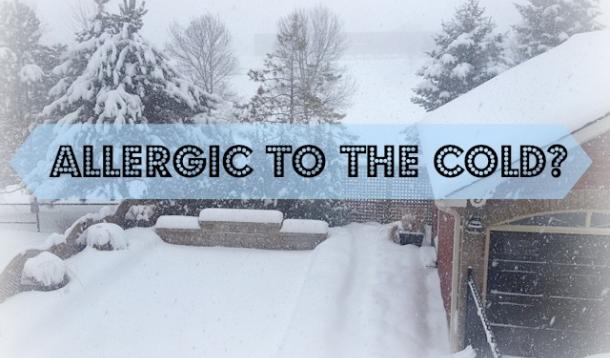 Spring is just 30 days away, you guys! Thirty sleeps! Winter has felt eternal in my neck of the woods, and as much as I loved the movie Frozen, I can't say I'll be sad when the temperatures stay above zero. As I sit here writing this today, it's snowing again, and I'm really not sure how to shovel the snow up onto the 6' tall snowbanks I have running along my driveway.

I used to joke that I was allergic to winter because even though I'm a born and raised Canuck, I really, really hate it. I'm pretty much miserable from late October through May. Stupid snow. Stupid cold. Stupid clunky boots and bulky coats. Stupid germs making everyone sick. Stupid slippery ice. As it turns out, being allergic to winter is very much a thing, and I'm sadly aware of that reality thanks to my son Mason, who is the reason I write this blog. My kid is the greatest source of material for my blog; what a silver lining, eh?

A couple winters ago, when Mason really started really loving playing in the snow, we noticed giant hives appeared on his cheeks. They were very swollen, hot and itchy, but the hives went away after a dose of kids' Benadryl. There were (thankfully!) no other symptoms, but the wheals were so large, it was pretty scary to see at first. 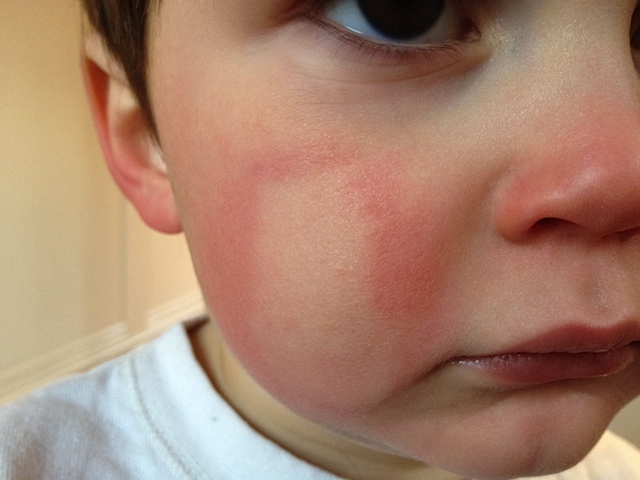 Mason has what's known as cold urticaria, albeit a rather mild case, apparently. Characterized by hives after exposure to cold temperatures, it's usually a fairly minor condition but there are some rare cases when anaphylaxis occurs. Sometimes, peoples' systems send out a crazy amount of histamine in response to cold, and nobody seems to know exactly why this happens. The allergist seems to think there may be a genetic link, but that doesn't really help much. While Mason experiences these hives only when outside in winter for prolonged periods of time, other people have reactions from simply drinking cold beverages or swimming in cold water. It can be very scary stuff! In fact, Canadian halfpipe skier Noah Bowman, who is competing in Sochi, once suffered an anaphylactic reaction because of cold urticaria!

For Mason, we just monitor his time in the cold, and protect his skin as much as possible from exposure. On really windy or extremely cold days, he has to stay inside. For other people, carrying epinephrine, or even moving to a warmer climate is required.

So that's right, my son can legitimately say he's allergic to the cold. I feel like this is a really good excuse for our family to have to take warm vacations every winter... I wonder if that can be prescribed? ;)

Read this to learn about seven more strange but very real allergies.