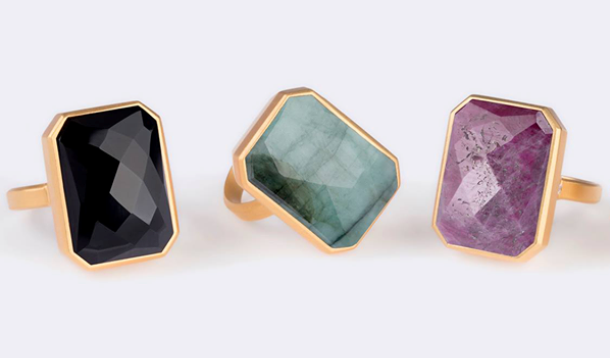 Picture it: you're sitting across the table at a nice restaurant, gazing into your lover's eyes, maybe holding his/her hand. Then suddenly one of your phones go off. Talk about a mood killer.

But fear not—there's a new wearable that marries two of a girl's "favourite things": her bling and her smartphone. Ringly is a ring with a difference. Set with semi-precious stones, it may look like any other beautiful ring, yet it has go-go gadget powers.

Connected through your phone, Ringly will vibrate to alert you to messages or calls, and can be customized to only let through certain calls. So you are free (sort of) to kick back and enjoy your meal without constantly peeking at your phone, to the increasing irritation of your date.

Having received $5.1 million in funding, Ringly will be available beginning in March at Bloomingdales online.

"It started when I noticed everyone always had their phones out at dinner," said Ringly CEO, Christina Mercando. "We are always so worried about missing something. I wondered if there was a way to solve this, and quickly thought of jewelry. I wear a lot of jewelry that doesn't do anything, so I thought maybe there was a way to put some technology in there to make it smarter."

Too Much Technology: Would You Do What This Family Did?

Though I'm no jewelry lover, I can see the appeal in an aesthetically pleasing but totally functional bit of tech. It's not enough for your bling to just sit there and look pretty anymore; it has to work for you.

Ringly is clearly marketed at a certain demographic, and if Mercando has her way wearables will be The Future. "I foresee different companies offering products for a variety of lifestyles. You might wear a heart rate monitor shirt at the gym, or Ringly at a cocktail party. If we look at the space more like clothing, there is a lot of room for many different wearables to grow."

You tell me: Would you wear a Ringly? 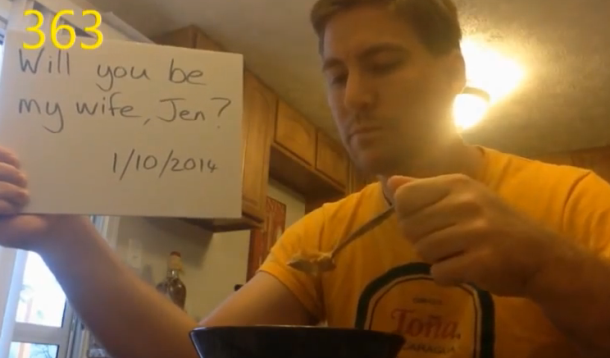 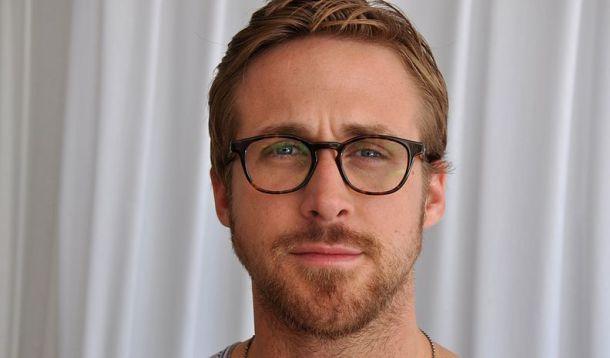 Sure, we all have a few skeletons in our home video closets, typically involving braces, crimped hair, and pimples galore, but at least we can burn or otherwise bury our VHS collection. No such luck for Ryan Gosling, whose cringeworthy dance for a middle school talent show has been unearthed for your viewing pleasure.

In the 1992 footage, a young Gos busts MC Hammer-esque moves to Cathy Dennis's hit "Touch Me (All Night Long)." At one point, you may squirm at the sexy prepubescent chest stroking.

Ryan Gosling. All. To. Yourself.

I wish I could say I knew him when he wasn't famous. I didn't—although Gos did spend his formative years in my hometown and to this day, and to his utmost credit, he never denies his small-town Ontario roots.

All I can say is thank goodness he eventually turned to acting and chose the path that Bieber didn't travel. He knew where he wanted to go even as a little kid, and did what he had to to get there. Own it, dude, own it...

Silver Hammer pants notwithstanding, we still love you, Ryan!