Disrespectful or a mark of hard-won freedom? 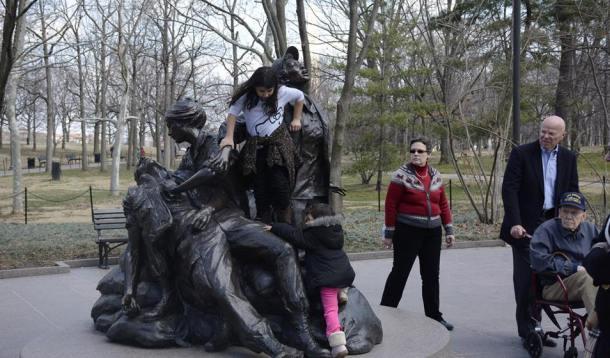 An artist visiting Washington D.C. caused a stir on social media after posting a photograph of children playing on a Vietnam War Memorial. In the image, kids are seen climbing all over the statue while a veteran looks on, visibly upset.

“I feel like the parents should be ashamed, and anyone that tries to blame the kids are wrong in doing so,” said the photographer, Matthew Munson. “If you look at the hurt veterans, they are looking past the kids and towards the parents that are out of the frame.”

RELATED: The Job with the Two-Week Life Expectancy

Munson is right. There are plenty of public parks with opportunities for children to let loose. Memorials are meaningful reminders that people fought and died for a cause. Such statues are not intended to be interactive displays. If we want children to learn about history, then we have to teach them by example.

At a gallery recently, I saw two young children touching and pulling at a canvas about 9/11 while their carer watched and blithely allowed it. This was not a sacred relic or a memorial. Still, I was appalled by the carer's lack of respect for the artist and what the work represented.

Interestingly, the reaction to the memorial photo was divided. Some users on Reddit found the action offensive and blamed the parents for allowing their kids to treat the memorial like a jungle gym. Others claimed the play was a sign of the very freedom the vets had fought and died for.

You tell me: Should children be allowed to play on memorials? 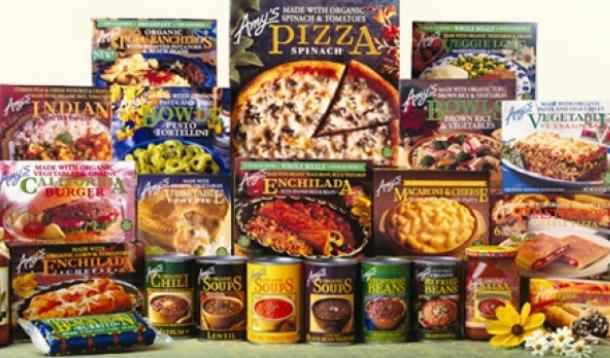 Amy's Kitchen, Inc. has voluntarily recalled select products from its range for fears that its organic spinach may be contaminated with Listeria.

Listeria infection can prove fatal in young children or the elderly, and may cause miscarriages and stillbirths in pregnant women and health concerns for healthy individuals. Symptoms include "high fever, severe headache, stiffness, nausea, abdominal pain and diarrhea." Food may show no signs of contamination.

Though no incidents have been reported to Amy's Kitchen, more than 70,000 products are thought to be affected. A full list of products sold in Canada and the US can be found here.

So far, the Canadian Food Inspection Agency (CFIA) has included the following items in the Canadian portion of the recall, noting that as it investigates further items may be included:

Customers who purchased any of the items listed in the chart are advised to dispose of the item or return it to the place of purchase for an exchange or refund. For further information, customers may call Amy's at (707) 781-7535 Monday through Friday between 9 a.m. and 5 p.m. (Pacific)

"I know my children will never have to say, 'Mom died of ovarian cancer.'” 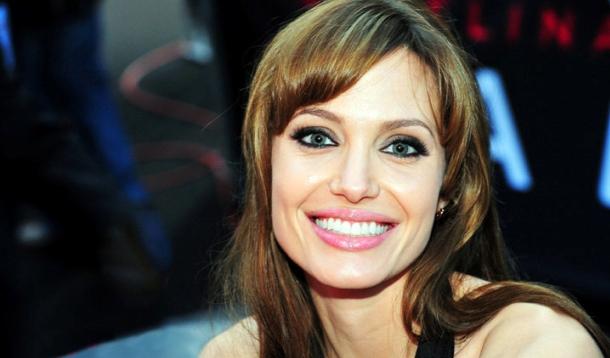 You have to admire Angelina Jolie Pitt. Having gone public about her decision to have a preventative double mastectomy two years ago, the actress and director has now voiced her reasoning for having both her ovaries and fallopian tubes removed last week.

If it seems radical, it is. But then again Jolie Pitt has the BRCA1 gene, and several women in her family, including her mother and grandmother, lost their battles to cancer. She reportedly had an 87 per cent risk of breast cancer and a 50 per cent risk of ovarian cancer. So you can't blame her for being proactive about her own health given her high-risk case, especially now that she is a mother in her own right.

“I went through what I imagine thousands of other women have felt," wrote Jolie Pitt. "I told myself to stay calm, to be strong, and that I had no reason to think I wouldn’t live to see my children grow up and to meet my grandchildren.”

At first glance, you may sigh and dismiss Jolie Pitt's Op Ed as yet another chapter in celebrity overshare. Her body, her ovaries. But that's not Jolie Pitt's style. Not at all.

The tone of her essay is informative, not aggrandizing. She clearly wants women out there to know that prevention is an option, one of several, though of course her path may not be right for others. She even goes to the trouble to point out other choices available to those faced with similar health concerns.

While the response to her essay was overwhelmingly positive, some commenters pointed out that such elective procedures are not financially viable for everyone. There are significant price tags, and even standard mammograms in the US often come with wait lists. Jolie Pitt has a team of top doctors at her disposal, so her circumstance is decidedly privileged.

Still, surgery is radical, and speaking openly about it takes real guts, especially for celebrities who tend to do what they can to protect what little privacy they have from the public glare.

Like many, Jolie Pitt is being thrust into early menopause, and with the realization that she cannot mother any more children comes sadness. Yet far worse, she says, is the situation for women "for whom this moment comes very early in life, before they have had their children. Their situation is far harder than mine.”

"It is not possible to remove all risk, and the fact is I remain prone to cancer," acknowledges Jolie Pitt. "I will look for natural ways to strengthen my immune system. I feel feminine, and grounded in the choices I am making for myself and my family. I know my children will never have to say, 'Mom died of ovarian cancer.'”

You tell me: What do you think of Jolie Pitt's decision to go public about her surgeries?