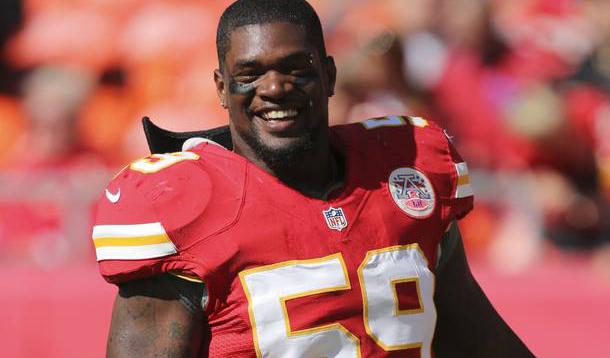 Tragedy rocked the National Football League this weekend as Kansas City Chiefs linebacker shot and killed his girlfriend before turning the gun on himself in front of his coach and general manager at Arrowhead Stadium. At the time of writing, it's still unclear as to why 25-year-old Jovan Belcher murdered his 22-year-old girlfriend Kasandra M. Perkins, leaving behind their two-month-old daughter, Zoey.

To outsiders the couple seemed 'perfect,' but appearances are often worryingly deceptive.

According to an article in USA Today, Belcher's mother had moved into their home, likely to help care for the new baby. Fortunately Zoey remained unharmed in the incident, which was not the first to rock the NFL. In 1999 Carolina Panther receiver Rae Carruth hired a hit man to kill his pregnant girlfriend, while just three years ago former the mistress of NFL quarterback Steve McNair killed him and herself in a murder-suicide.

After shooting Perkins several times, Belcher drove to his home stadium, thanked his GM and coach for all they'd done for him, then walked away, aimed the gun at his head and committed suicide in full view.

Though the Chiefs chairperson expressed sadness at this "unthinkable tragedy," Sunday's game against the Carolina Panthers went on as scheduled.

"I think they think there's an obligation to the people of this city, the fans of the team and the fans of the other team to play the game," said Kansas City Mayor Sly James in an article on the CBC.

Admittedly the Chiefs aren't having a great season. Not sure I agree that the show should go on, though. In this case, as a mark of respect the game should be called off.

Our hearts go out to the bereaved, especially to the baby girl who will grow up never knowing her parents.