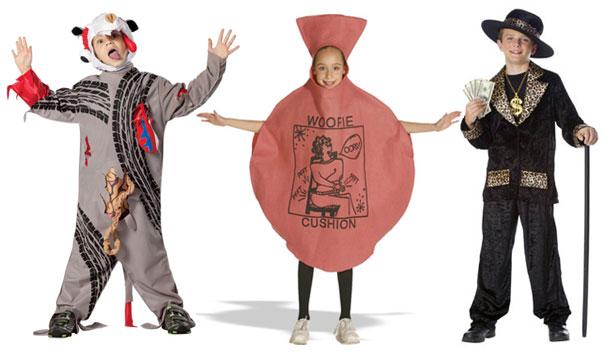 Though zombies and vampires may be the subject of many hit books and movies—and yes, even dedicated parades in some cities—do we really want our kids patrolling the streets this Halloween looking like the undead?

This is a valid question posed in an article in Babble recently. What's the rule of thumb when dolling up your toddling one to trick or treat? Are ghouls and bloodsuckers ok for kids who might be scared of their own shadow? What about horror flick icons: think Chucky, Leatherface, Pinhead, and Jason Myers, and my personal chiller, the Scream mask?

Then there are a slew of mini pimps and pint-sized prostitutes... We all know some adults who jump at the chance to dress up (or down, as it were) for one night a year, but where do you draw the line for kids costumes?

Perusing the wares on Babble's slideshow from BuyCostumes.com, it seems that sadly, shockingly, anything goes. And the results can even prove dangerous.

Would you let your child go out in any of these costumes? Or when it comes to costume appropriateness, is age the deciding factor? 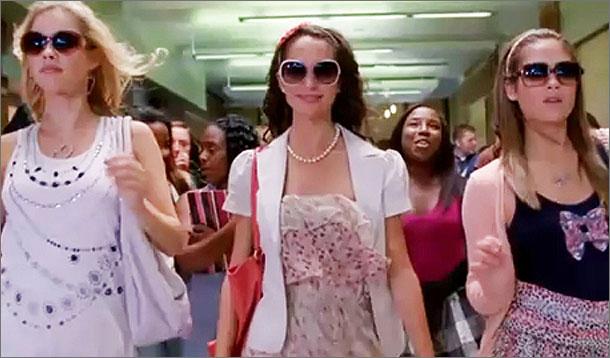 If like me you grew up watching John Hughes movies, in which the underdog ultimately winds up on top, this post is sure to disappoint. The National Bureau of Economic Research has found that the popular kids in school get the last laugh, after all—and the most bank notes.

According to an article in Slate, the researchers first measured popularity via 'friendship nominations' to establish a correlation between future income. Just one more vote in high school was "associated with a two percent wage advantage 35 years later.” Gulp.

Apparently the study is legit, based on kids tracked for a 50-year-old period in the Wisconsin Longitudinal Study, which began honing in on "white male high school students" back in 1957. Even socioeconomic factors were controlled. Then again, as a group white males in the late '50s already had it pretty sweet.

Perhaps that high school popularity later fed into social and professional networking skills. In other words, these kids learned early on the "rules of the game socially and know how to gain acceptance and support; when to trust; and when to reciprocate."

Take heed, the Molly Ringwalds of this world—family income status played "only a minor role in popularity."

Do you buy into this study? If you deigned to attend your high school reunion, did the cool kids also turn out to be some of the wealthiest?

Is This Drink Monstrous? 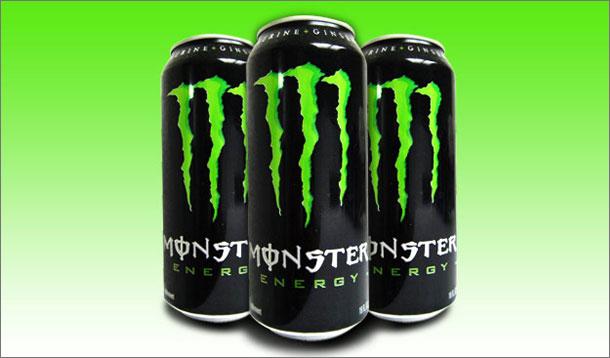 So much for junk food. Seems some drinks on the market can kill, too. A family is suing the makers of Monster Energy, which they believe caused their 14-year-old daughter's death.

According to an article in the Digital Journal, Anais Forunier consumed two cans of Monster Energy, with around 480 milligrams of caffeine—equivalent to "14 cans of Coca-Cola." Within a day of consuming the drinks, she suffered a fatal cardiac arrest and died.

Apparently soft drinks sold in the United States cannot contain "more than 71.5 milligrams of caffeine per 12 ounces." But as its drinks as classed as 'dietary supplements,' Monster does not fall within those constraints.

Now Anais's parents are suing the company over the drinks, which they call "death traps for young girls and boys who are developing."

However, in a statement Monster defended its product and refuted the link to deaths by "any of their eight billion energy drinks" that the company has sold worldwide.

The matter will be settled in court.

Do you drink energy drinks? Do you let your teen drink them?