"She Appeared to be a Really Good Mother" 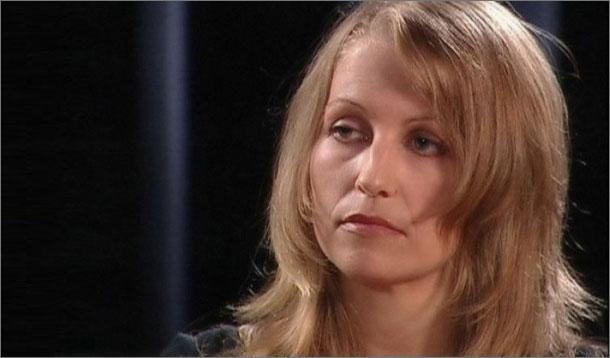 Homolka. If you're Canadian, the name alone still strikes fear into your heart. Who can forget the trial that shocked the nation in the early 1990s?

Karla Homolka, who played a role in the torture and murder of Ontario school girls twenty years ago, and served 12 years in prison for it after striking a deal with prosecutors, has rebuilt her life—and now has three children of her own.

In a 46-page ebook called "Finding Karla," journalist Paula Todd described how she tracked down Homolka and found her living happily in the Caribbean under a different name with a husband and children.

Even though Homolka's then-partner Paul Bernardo was sentenced to life in prison, for crimes related to the rape and murder of two schoolgirls, Kristen French and Leslie Mahaffy, Homolka appears to have put the past behind her.

Todd claims that Homolka has remained in the Canadian conscience. Even though she claimed during the trial to be a reluctant accomplice in the killings, the video footage showed her to be a more active participant.

"The thing about Karla Homolka...is that she fooled everybody," said Todd. "While I was in discussions with her, I was in conflict. Because on the one hand she appeared to be a really good mother...but I don't think anybody is ever going to believe Homolka."

Todd was curious enough about Homolka's new life, that she decided to follow an obscure lead all the way to Guadeloupe. More digging around culminated in a tense hour spent in the 42-year-old convicted killer's apartment.

"She said to me, 'What makes you think I feel safe?'...She said to me nobody cares about me, people only care about me in a negative way," said Todd, who observed Homolka breastfeeding one of her children during the visit. "She presented as a very good mother, but who knows. I have no reason to believe that those kids are not well cared for."

"Finding Karla" is is available on Kindle Singles, Kobo, iBooks and Nook for $2.99, and a more detailed account of her experience with Homolka will feature in her upcoming book, "Inside Out."

Homolka has served her time. Should she be allowed to live in harmony? Is it time for us to move on, just as she has?

Time to Change Your Stripes 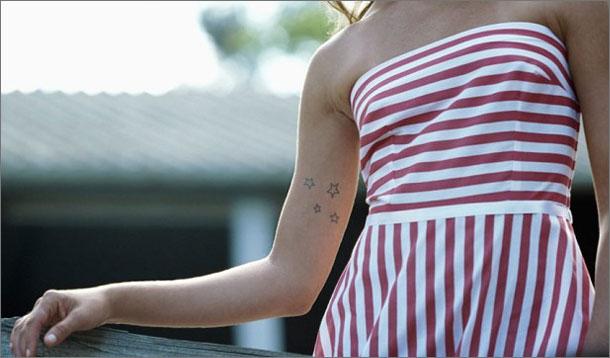 Time to purge the closet. It seems research supports the age-old adage that horizontal stripes make you look fat. So says one woman's award-winning amateur study.

After research published in 2008 by Dr Peter Thompson, a senior lecturer in psychology at the University of York, 53-year-old Val Watham felt compelled to test drive the theory.

The organizational consultant from Berkshire had 500 people to watch videos of 'average-sized' women wearing various pieces of striped clothing designed by fashion students at the University of the Creative Arts.

Viewers were then asked to rate models in terms of how tall and wide they looked.

The research was enough to bag Watham the BBC's Amateur Scientist of the Year award, beating out more than 1,000 contenders.

Second thoughts about the cute black-and-white striped top my husband bought me recently. If only those stripes were facing the other way...

In face of the scientific evidence, will you abide by this and other slimming fashion commandments, or proudly flout it?