A rocker with a conscience 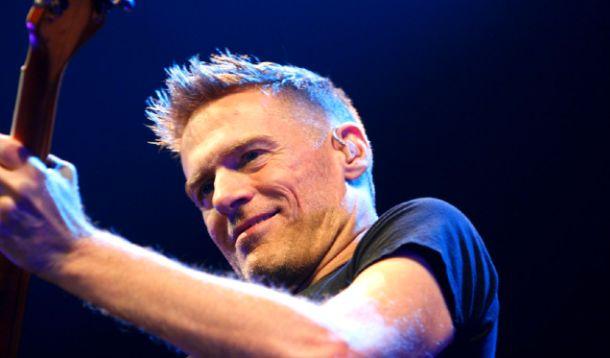 It was the Spring of '16, but Bryan Adams won't be serenading fans in Mississippi with his string of hits.

The Canadian singer cancelled a performance in Biloxi, saying he can't “in good conscience” perform in a state where “certain people are being denied their civil rights due to their sexual orientation.”

He's referring of course to a new state law effective 1 July that will allow businesses and religious groups to deny service to gay couples. Yes, Adams' most massive hit, may be set in the summer of '69 and you'd think such thinking was spawned from that era - not this one.

At a time when so many countries are making huge progressive strides when it comes to gender equality and LGBTQ rights, it's disheartening to see some parts of the U.S. openly legislating prejudice and discrimination.

But even artists who are not political beasts hold so much power. By cancelling shows and boycotting certain venues, the likes of Adams and Bruce Springsteen are making a bold statement. (The Boss also recently pulled out of a gig in in Greensboro, North Carolina, for a similar reason.)

Backers of the Mississippi law claim it's there to protect the rights and values of Christians. But I would argue that actively discriminating against human beings is hardly in line with Christian values. I doubt very much even Pope Francis could get behind that with a clear conscience.

Bryan, I may not love your music, but I do love that you have the balls to stand up for what you believe is right. Rock on!

the pressures of motherhood are universal 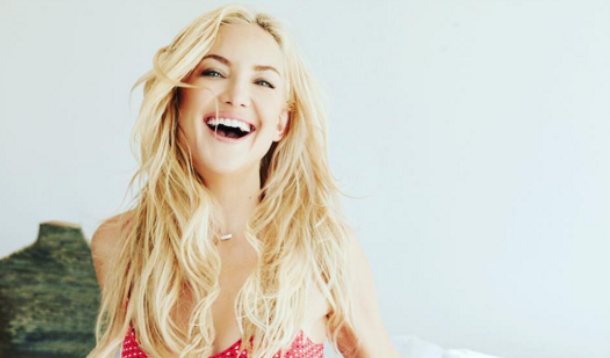 Kate Hudson is just like you. Well, OK, she's not. But the actress's essay in InStyle will have you nodding and wishing she was your new bestie.

In “Sometimes I Feel Like a Bad Mom,” Hudson fesses up to the modern mom dichotomy or the mom split personality:

"Some days I feel like I should win best mom of the day award, and some days I find myself doing strange things that don't have any real purpose, in faraway corners in my house, and I realize I am literally and deliberately hiding from my children,'' wrote Hudson.

Juggling work and child rearing is no easy feat, even if you're an A-list celebrity or - as Hudson humbly refers to herself - a “working single mother of two.”

And while it's tots cute to see the likes of Drew Barrymore inking her kids names on her arm or doing yoga with her daughter, what we really can't get enough of is celeb moms admitting they are less than stellar at times.

We love nothing better than confessions like Hudson's that she'd much prefer sneaking off to watch The Bachelor than pour over math homework with her two boys, Robinson, 12, and Bingham Bellamy, 4.

Why does the reveal come as a surprise? I'm not entirely sure.

I suspect we still cling to this notion that cool beautiful famous women like Kate Hudson are somehow more 'together' than the rest of us. So it's a great relief to find that the pressures of motherhood are universal; they don't miraculously bypass those blessed with an L.A. zip code.

Having said that, I wouldn't revel too much in Kate's so-called mommy imperfections. I fear at times we swing too far in the other direction - namely, celebrating shitty parenting. We all have bad moments, sure. But those moments aren't something to be venerated or held up for all to see.

I try to be candid about my challenges as a mom (and believe me, that list is long). Still, I'm not proud of those fails. Every day I strive every day to be a better person and a better parent. I strive to raise, not lower, the parenting bar.

But when shit happens - and it does - I try to laugh about it. I forgive myself, and move on. And I guess that's what matters.

impossible to see such a picture without context 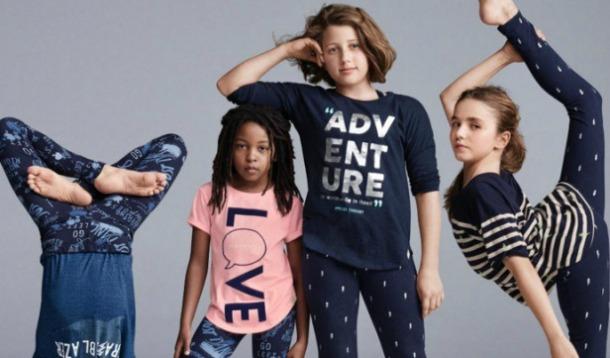 By now you've probably seen the controversial Gap Kids ad featuring pint-sized performers in Le Petit Cirque. In the image, a white girl rests her arm on the head of a black girl.

Turns out that while the girls are actually sisters, many  viewers felt the ad was offensive and "casually racist."

I say "casual," because I think it was a gross oversight on the part of Gap, which generally has a good track record when it comes to diversity.

The San Francisco retailer has since apologized and withdrawn the ad - which was the right and obvious thing to do when you have a plethora of better shots to fall back on.

“We appreciate the conversation that has taken place and are sorry to anyone we’ve offended.”

And conversation is right. If any good can come of such an ad, it's the public discourse it has inspired.

Black filmmaker Matthew Cherry opened up the debate by juxtaposing the current ad with another Gap ad, in which a black girl resting her arm on the head of a shorter white girl.

Does the @GapKids pic on the left make the pic on the right okay? Let's debate pic.twitter.com/rCFbK4uG5y

But because of the long and complex history of racial oppression in the world, it's impossible to see such a picture without context.

It may be unfortunate and depressing, but that's the world we live in. We shouldn't be telling people what they should or shouldn't see in their world. Different viewers have different opinions of the ad, and while some see no harm, the photo is vibrant in its message. The pose between the two girls may be fine in their private familial arrangement as siblings who love one another, but without context to a larger audience it had caused visceral reaction. What we should never lose sight of is that these feelings are valid and we need to listen to all voices whether we agree or not.

If anything, this awful ad has taught Gap and other brands a valuable lesson. Human beings should never be used as armrests. Period.

RELATED: The Day My Daughter Was Mean-Girled