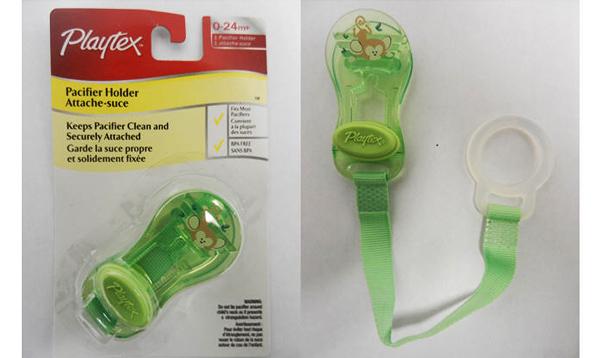 Health Canada has recalled the above pacifier holder clips by Playtex with UPC number 7830005924.

The clips can crack, posing a potential choking hazard to infants.

Though no injuries were reported, Playtex has received 99 reports—43 from Canada—of the pacifier clips breaking.

Health Canada has received one report in which a piece broke off a clip.

Customers are advised to remove the clips from infants immediately and return the product to Playtex for a full refund.

The Anti-Vaxx Movement: A graphic 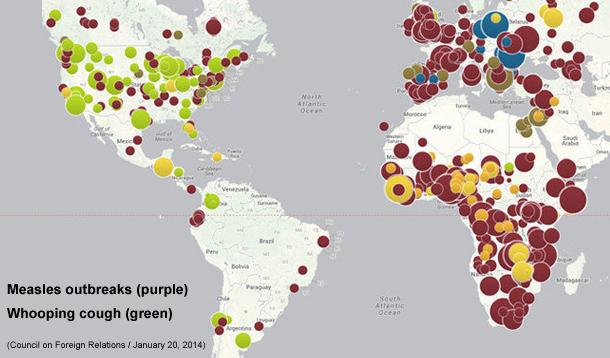 Vaccines prevent diseases, yet the movement against immunization has been gaining momentum for years. The result? A staggering graphic depicting "vaccine-preventable outbreaks" in the world from 2008 through 2014, courtesy of the Council on Foreign Relations.

According to an article in the LA Times, what immediately jumps out from the map is the spread of measles throughout Europe—particularly Britain—and the US, places where the MMR (measles, mumps and rubella) vaccine is widely available.

So much for the charlatan claims about the MMR vaccine causing autism. Someone out there must still be taking their medical cues from the likes of Jenny McCarthy and Katie Couric.

Another avoidable condition—whooping cough—has seen a resurgence in Americans, who were exempted from the vaccine for personal, rather than medical, reasons.

This graphic should come as an eye-opener to those in developed countries who naively regard vaccinations as 'optional extras' rather than public health necessities.

See how some pediatricans are reacting to the anti-vaxx movement.

Does this graphic surprise you at all?

a notable absence of mirrors 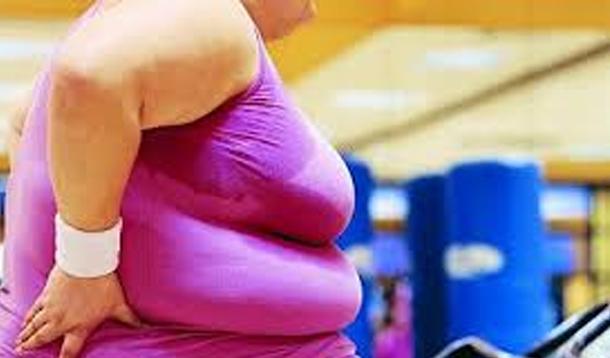 Ever been inside a gym and felt uncomfortable in your Lycra? Unfortunately, many fitness outfits aren't so much about staying fit and healthy as a place for beautiful people to go to preen and admire themselves in wall-to-wall mirrors. (I admit it, if I encountered this woman in a gym, I would run a mile in the other direction. Then again, that would be a great workout in itself.)

So, where can you work out and comfortably break into an ugly sweat? Downsize Fitness offers an alternative gym—the only catch: you have to be least 50 pounds overweight.

According to an article in NPR, 24-year-old Kendall Schrantz was so fed up with the looks she got at other gyms, that she drives over an hour to Downsize. A trip she says is "worth every single penny I paid for gas."

Not only is the atmosphere more accepting, the exercise equipment is designed for larger bodies, there is a notable absence of mirrors, and a notable proliferation of motivational Before and After photos.

A similar chain, The Planet Fitness, has also found its marketing niche in what the article calls "chronic gym quitters."

"My thought on that is why are you looking at me when I got off of the couch, I got off of my bed and I'm actually doing something about it?" said Schrantz.

In an ideal world, gyms would be welcoming to people of all shapes and sizes. But sadly, that's not the world we live in.

"The problem is that places like this do well because fat is so stigmatized in our society . . . and to me it's more of the same," said Golda Poretsky, a New York-based holistic health coach. "'Oh, we can hide out while we lose weight until we become more societally acceptable. That doesn't appeal to me in the least."

What do you think of gyms, like Downsize, that cater specifically to overweight and obese clientele? Fantastic or fat shaming?