Welcome to the future 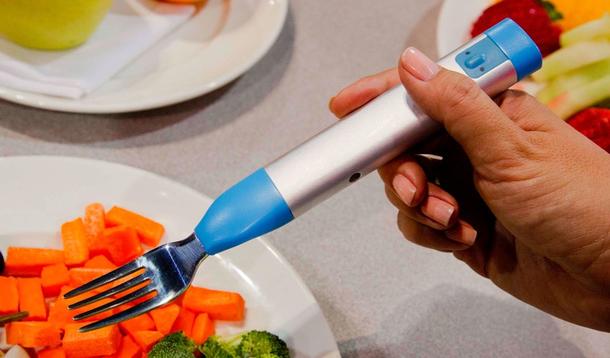 Indulge a bit too much over the holidays? Fret not. Welcome to the future, where the very convenience that allows you to pack on pounds can just as easily help you unpack them. Too good to be true? Then you haven't heard of HAPIfork yet.

According to the write-up in Jezebel, the $100 fork lights up and vibrates as you eat to alert you to the fact that you're stuffing your face too quickly and not allowing sufficient pause between bites. Really. This clever bit of cutlery is rigged to ensure your meal spans 20 minutes of civility.

A new year, a new array of gadgets designed to help us shed some flab. Of course we could just to it the old fashioned way, i.e. with regular exercise and sensible, portioned eating. But that would be boring and in no way worthy of a Stephen King plot. (Imagine it: the fork that ekes its bloody revenge on its owner for not heeding its warnings to eat the damn quinoa!).

Would you consider using a gadget like the HAPIfork to help you achieve your health goals for 2014?

Which Words Get Your goat? 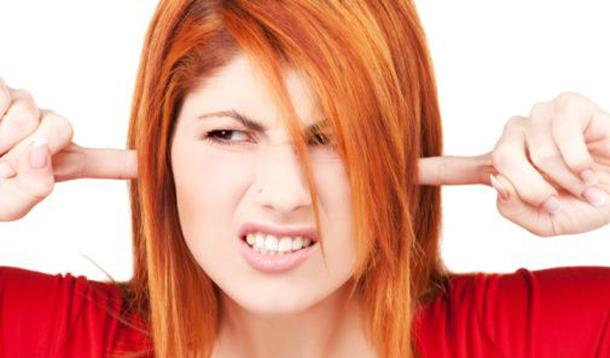 Confession time: a list of the year's most annoying words is out, and I'm guilty of using more than a few of them on this site. (Hard not to, mind, when you write about news and popular culture. Mea culpa.)

Every year since 1975 a Michigan-based university has been reminding us of just how irritating we can be in our daily speak. According to an article in the NY Daily News, the terms 'selfie' and 'twerking' ranked among the most despised.

With more than 2,000 nominations, 'selfie' refers to a self-taken smartphone photo, from which even the likes of President Obama wasn't immune this past year.

In its 39th annual roundup, Lake Superior State University damned some 800 words due to "overuse, overreliance and overall fatigue."

"The list is made up completely from nominations," said university spokesperson, Tom Pink. "We don't just sit around and think of words that bug us."

We have one Miley Cyrus MTV performance for singlehandedly relegating 'twerking' to the annoying heap.

Others terms to grace the list related to social media, including 'hashtag' and 'Twittersphere.' Strangely, 'Mr. Mom' made the cut, an expression seldom heard—or so I thought—this year. A throwback to the 1983 Michael Keaton movie, 'Mr. Mom' has perhaps made a comeback due to the increase in stay-at-home dads (a term that is, admittedly, irksome in itself).

What word would you most like to see dead and buried in 2013?