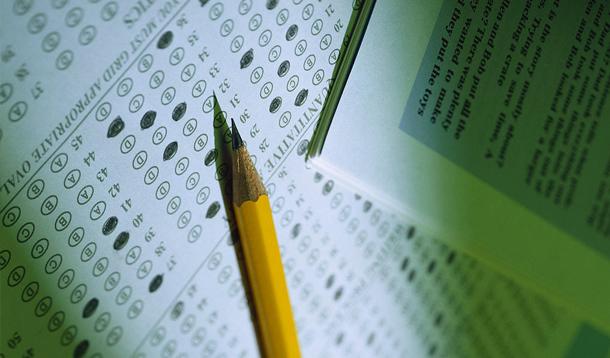 So much for blonde jokes. Seems they're out of flavour thanks to one British teenager, who scored higher than Stephen Hawking on a recent IQ test. Lauren Marbe was as stunned as everyone else when she scored 161 during Mensa testing conducted at her school.

The 16-year-old from Essex has a reputation for loving trashy TV and fake tans, but she's no ditz. Even though she now has one of the highest IQs in the world, Lauren has less cerebral ambitions. Seems she wants to be a West End stage star, having already performed as part of the chorus in Andrew Lloyd Webber's Joseph. She also hopes to study architecture degree at the University of Cambridge.

"It was such an achievement and I got a bit tearful to tell you the truth," she said in an article by the UK Daily Mail, which listed the following table of famously high IQs:

Fortunately the student at Roding Valley High School is making teachers and classmates eat their stereotypes.

"I love living in Essex and I'm glad that I might be able to show people that we aren't all ditzy and blonde."

Indeed. I have a funny feeling Cambridge will come calling, on hands and knees. 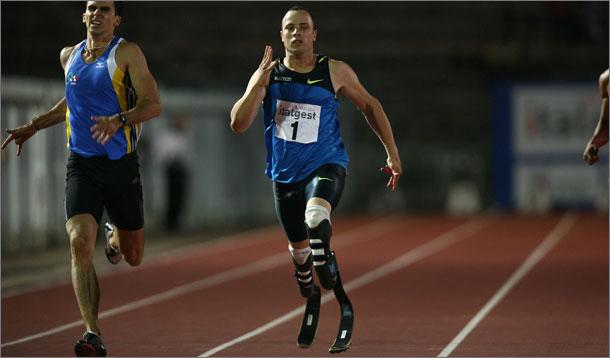 When South African Paralympic athlete Oscar Pistorius shot and killed model Reeva Steenkamp on Valentine's Day, it was initially portrayed as a tragic accident, perhaps the result of a romantic surprise gone awry, given her cryptic posting on Twitter earlier that day:

"What do you have up your sleeve for your love tomorrow??? #getexcited #ValentinesDay"

Claiming he mistook his girlfriend for an intruder, Pistorius fired shots through the bathroom door. In a country with one of the world's highest homicide rates, and one in eight South Africans owning a firearm, it is quite possible that he mistook her for a burglar, as this dad did with his teenaged daughter.

According to an article in the Huffington Post, media outlets in South Africa have been speculating about a bloodied cricket bat which has since been found at his home.

Of course police are not giving anything away, while the case is still before the court. Pistorius has been remanded to a Pretoria police station while prosecutors pursue murder charges against the 26-year-old Olympian.

Meanwhile, much ado has been made of the fact that Steenkamp was pretty. As if that somehow makes her death more tragic. Disgustingly, the UK Sun deemed it suitable to feature images of the model wearing scant little while her body still lay in the morgue.

Both his family and that of Steenkamp stand by his account of events. "We have no doubt there is no substance to the allegation and that the state's own case, including its own forensic evidence, strongly refutes any possibility of a premeditated murder or indeed any murder at all," said Oscar's uncle, Arnold Pistorius.

If convicted of premeditated murder, Pistorius could face a life sentence. What is your feeling about this case? Will you be following developments? 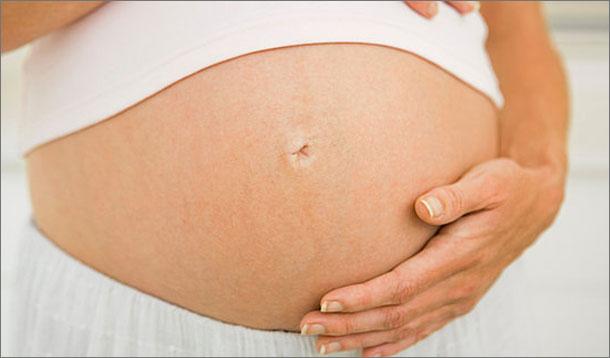 One minute the doctor tells you have a hernia. Then next, you leave the hospital with a 10-pound baby girl. Surprise! Yet this is exactly what happened to a 44-year-old woman in Michigan.

According to an article in Huffington Post, Linda Ackley didn't know she was pregnant until she gave birth by cesarean section to her first child earlier this month.
"What an eventfull [sic] weekend," she wrote on her Facebook page. "Mike and I have blessed with a health [sic] baby girl and didn't know I was pregnant until the day she was delivered."
Hang on a minute. How can you not know you're pregnant? As unbelievable as this sounds to many of us who have been there, got the stretch marks to show for it, apparently this new mom's story isn't as rare as it sounds.
One in every 450 pregnant women doesn't realize she's expecting until more than halfway through the gestation period, claims blogger and author Jena Pincott. A further one in 2,500 is "unaware until she goes into labour."
In many cases, like Ackerly, the woman believes herself to be past her childbearing years, or perhaps she doesn't notice fetal movement or a significant change in her shape.
Earlier this year, a nurse from Arizona believed the pain she experienced was due to kidney stones. She reportedly went into labour while sitting in a wheelchair waiting for a doctor.
Have a 'surprise' pregnancy story? Spill it.
Category:
Family - Pregnancy
Tags:
surprise pregnancy
hernia
kidney stones
emergency c-section
women who don't know they are pregnant
mummy buzz