'it's sometimes a contentious trip, but that's life' 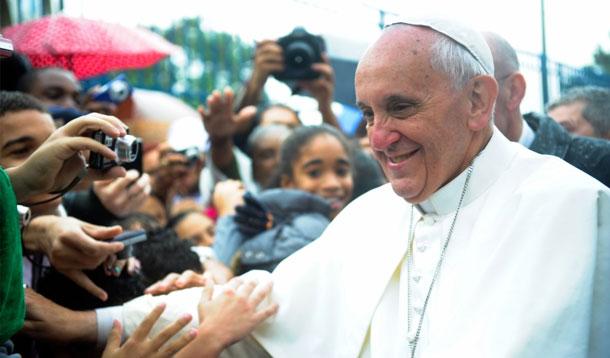 Who'd have thunk it? Pope Francis has turned out to be quite the progressive. When he's not baptizing the babe of an unwed mom or encouraging worshippers to breastfeed in the Sistine Chapel, he's marrying previously considered unmarriables—a single mother, couples "living in sin," and divorcees.

To be fair, the Catholic Church has a ways to travel before I will saunter back through its doors, but this is truly a promising step in the right direction.

Pope Francis surely knows that his Church must get with the times or risk losing the next generation of devotees. The ceremony at the Vatican this past weekend was taboo-busting in more ways than one. Not only did the present Pontiff unite 20 couples in holy matrimony, Francis was the first pope to perform the sacrament since 2000.

"[Marriage] is not an easy road, it's sometimes a contentious trip, but that's life," acknowledged Pope Francis. "It's normal that couples fight. That always happens, but don't end the day without making peace, even a small gesture is enough."

What a delicious dose of realism! What a breath of fresh modern air, notwithstanding the fact that the man has never been married!

The ceremony proved an interesting precursor to a forthcoming major synod in which all the big bods of Catholicism will debate the "divisive issues of marriage, divorce and conception." Hope they've got a lot of coffee and donuts on hand...

Did you just feel that, Pontiff? That was me giving you a Way To Go clap on the back.

You tell me: Is the Catholic Church making solid progress, or is it too little too late? 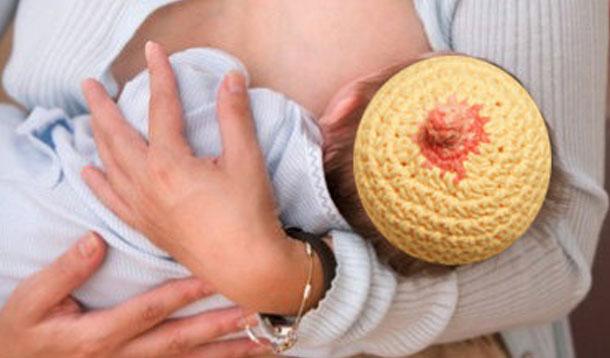 The next time you have to whip out your breast in public to feed your hangry baby, conjure yourself some Heather Cushman-Dowdee and laugh your way through your apprehension.

Whether you find yourself suddenly needing to nurse in Tim Hortons, or even Victoria's Secret, the funny mom of four and creator of Hathor the Cowgoddess Comics has the perfect response to all that passive aggressive criticism and stranger stink eye in the form of "Very Crafty."

I only wish the cover-up, and the baby beanie for that matter, featured in "Crafty" was manufactured and widely available to buy. A comic isn't enough. It's high time we moms, who have every legal right to breastfeed in public, turn the shame on the shamers.

(Incidentally, the cover-up reminds me of those awful aprons—you know the ones: of a busty lingerie-clad woman meant to be worn by very *funny* middle-aged barbecuing men.)

If you're reading this, Heather, this is a Kickstarter project waiting to happen. I know for a fact it would have lots of support. But please for the love of Len don't make the damn things out of felt. Breastfeeding moms have enough discomfort to deal with without having a coarse material grating on our soft breast-skin.

Until the fine day that "Very Crafty" cover-ups are mass produced (or, better yet, we stop needing them altogether), you can settle for the T-shirt or canvas bag.

Spill it: Have you ever been asked to cover up or relocate when breastfeeding? How did you react?
The breast that "launched a thousand debates."
Category:
Family - Mummy
Tags:
mummy buzz
very crafty
Heather Cushman-Dowdee
Hathor the cowgoddess
breastfeeding shame
breastfeeding cover
cover up
comic
breastfeeding humour
breastfeed
funny mom
breastfeeding pride
Sep
15
2014

The Baby With Three Parents On Her Birth Certificate

A whole lotta love or Three's a crowd?

The Baby With Three Parents On Her Birth Certificate 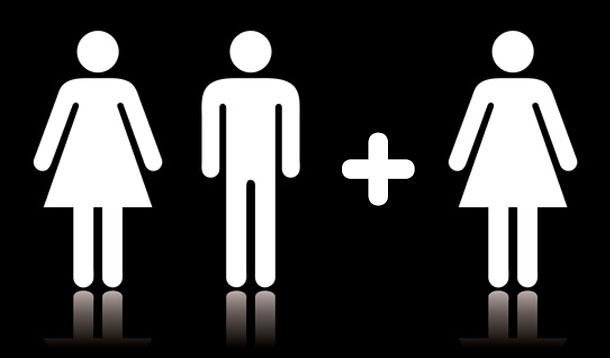 The women had been together for four years when they asked a male friend to help them conceive. He did, and the couple was later married after same-sex unions were legalized in 2013.

Now, a judge in southern Rio Grande do Sul state honoured the biological father's request to be named on the birth certificate since he remained involved throughout the pregnancy.

"Being a father and a mother is above all about taking care and fulfilling tasks," said ruling judge, Rafael Pagnon Cunha. "I feel sure that for this child the possibility of happiness will be very great."

Typically a sperm donor or surrogate signs off against any future contact with the baby, thus safeguarding same-sex parents from future custody battles.

In this case, the baby has three very loving parents (and a whopping six grandparents) listed on her birth certificate. Confusing? Bound to be.

Yet as my then-single mother used to say, "Better one loving parent than two who bicker." And so I wonder whether, in this case, the converse is also true. Is there such a thing as too many doting parents in the nursery? Just because the arrangement is unorthodox arrangement doesn't mean it's wrong or catastrophic.

You tell me: Is three a crowd when it comes to parenting?

Just as well this guy didn't find his name on any birth certificates. There are not enough forests left in the world.