On Valentine's Day I'm ultra aware of my aloneness 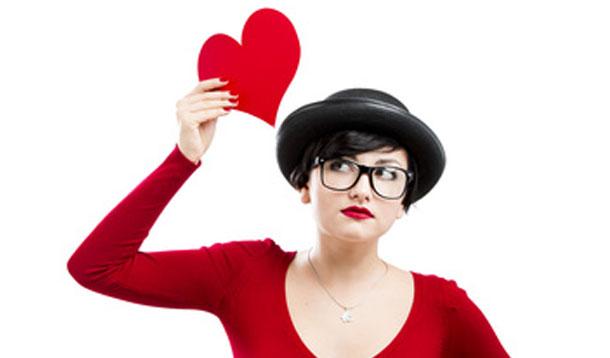 On Valentine's Day, I am always ultra aware of my state of "aloneness." The other 364 days—not so much. Honestly, after 32 years of flying solo, it feels very normal to me. I certainly understand the pleasures of having a partner—I did that for almost 25 years (some very good, some actually not so great). I most definitely appreciate the institute of marriage and, of course, see its value in society. In fact, if the right guy had come along when I was younger, I might even have tried it again. Today, as a 73-year-old grandmother? Absolutely. Positively. Not.

1. On a sleepless night, I can get up, open all the lights, bring tea and crackers into bed, snack, and read for hours. I never have to worry about disturbing anyone or complaints about crumbs in bed.

2. When I need to talk, I have girlfriends who understand exactly what I mean and know exactly what will make me feel better. There isn't a guy in the world—as good as his hugs are—who understands in the same way.

3. Feeling unhappy? I can schlep around in my oldest, most worn and discoloured bathrobe all day and never, ever have to explain why to anybody.

4. If I want to spoil myself with a treat, there is absolutely no guilt. I earned it. I spend it.

6. Now that I am an older woman, I can wear bright red hats and purple everything and not feel I am embarrassing anybody but myself.

7. No more football. I don't have to hear or see anything pertaining to any kind of sports on TV again. Not even for a minute. Yay!

8. Movies? I can watch as many chick flicks as I like. I never, ever have to see a film with violence in it again. Ever!

9. The only laundry I am responsible for is my own. Yay!

10. Need a hug? I have four of the juiciest grandkiddies who can do the job absolutely perfectly. In a nano second. No conditions to meet. No questions asked.

P.S. So, as Valentine's Day approaches, if you are married or coupled, I wish you endless years of love and togetherness.

P.P.S. If you are single, don't despair. Reread my list. Hopefully it will make you feel better until the right man comes along. Remember, falling in love is a bit like becoming pregnant—one minute you aren't and the next minute you are.

It started with egg rolls when I was a kid 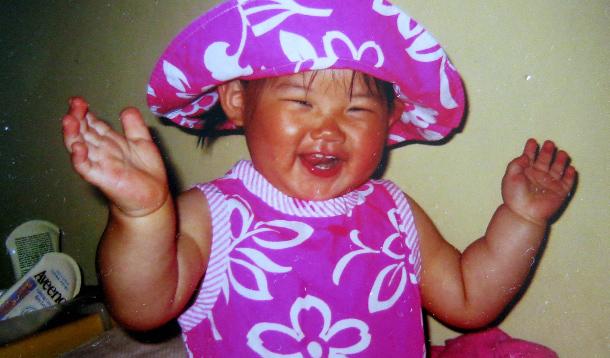 I am a Jewish woman living in Canada, and I am Caucasian. So, why in the world do I celebrate Chinese New Year?

Well, the simple answer is—I love all things Chinese. This affection didn't develop overnight, nor did it develop lightly. My love grew from small likes to happy memories to intense experiences and gradually blossomed into full-bodied, full-blown LOVE.

To begin, when I was a kid in Montreal, Lee's Garden on Park Avenue served the Canadian Chinese food my family and I ate on special treat nights. I actually grew up believing that all kids in China snacked daily on garlic spare ribs and countless egg rolls dipped in sweet plum sauce. Oh, how I envied them and their supposed diet. I loved that food.

During high school, my friends and I popped into that same restaurant walking home after school. Twenty-five cents bought us a Chow Mein Sandwich—a hamburger bun filled with steamed bean sprouts covered in a mysterious pale brown sauce. Lee's was our teenage hangout with lots of young love and flirting going on. I remember eating that snack as slowly as possible so we could stay as long as possible. Such sweet memories!

My interest in Chinese culture blossomed much later, in my thirties. This time, it wasn't associated with plum sauce or young love. It was Traditional Chinese Medicine (TCM) that intrigued me. Acupuncture, Qi Gong, massage, the use of herbs—these were medical practices thousands of years old, and in Canada, doctors were not yet embracing these ideas. But I read everything I could get my hands on. In 1989, I applied for a research grant to go to China to study the ways in which Chinese women were treating patients with TCM. It was a lark. I never expected anything to come of it. However, I did hope.

Oh my goodness! Imagine my surprise when I received a note on government letterhead awarding me $17,000 to go to Beijing and investigate my interest. That money took me to Asia for a month—my first time in Beijing, a city of what seemed like a gazillion people on bicycles. I was considered a "visiting dignitary," and assigned a limo driver and translator who accompanied me everywhere I needed to go. There were also two local mentors tasked with watching over me during my visit. The first, a wonderful woman who was the Head of Beijing's School for Traditional Chinese Medicine, and the second, her mother (in her eighties) who was the Honorary Chair of the Chinese Red Cross. I remember sitting on a couch in the elder woman's tiny apartment, holding her hand, and (via my interpreter) telling her that even though we couldn't speak directly, I could feel her words in my heart. Sappy, perhaps, but I had fallen totally "in like" with the people, their kindness, and their wonderful sense of humour. And even though I didn't understand the words, I loved the sounds and the rhythm of the Chinese language. By the time I headed home, I was really hooked.

Fast forward to 2001. My younger daughter lets me in on a very big secret. She is adopting a baby girl from China. And would I travel to China with her to receive the newest member of our family? Of course I answered with a resounding, YES. Two months later, in a hotel room in Xi'An, we sat on chairs facing twelve orphanage nannies holding twelve crying baby girls. 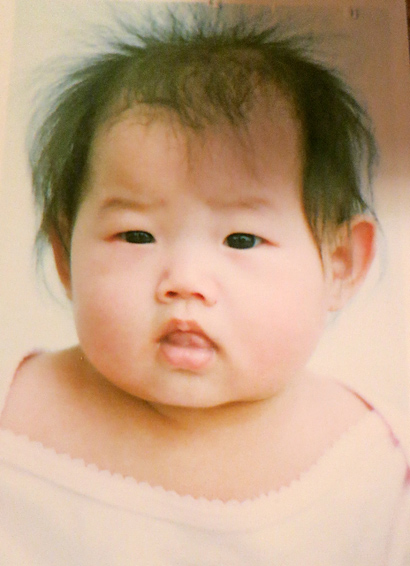 My daughter's name was called. She walked to the center of the room. Lotus, Xiao Ai her given daughter was placed in her arms. After three years of waiting, a dream fulfilled and one more very delicious family member for me to love. 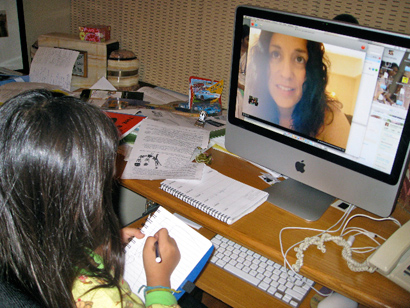 Seven years later, Lotus and I skyped with her mom and dad who are in China, this time to receive Bexie, Fu Li the second little member of the Chinese contingent in our family. 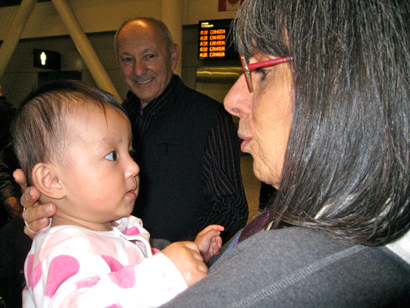 You can imagine the excitement when the plane from China touched down in Toronto and the whole family got to meet this new, sweet little Chinese darling face to face.

And so now, in our mixed Jewish, Christian, and Chinese family, we get to celebrate all the major holidays. In November it was potato latkes for Chanukah, in December, Christmas dinner, and today, we are looking forward to Chinese New Year at the end of January. There will be a wonderful dim sum meal in Chinatown, cheering when the menacing dancing dragon comes into the restaurant and, of course, I'll be joining all the other parents and grandparents of Chinese children handing out the traditional gifts of money tucked into Chinese red envelopes. Gung Hai Fat Choy—Happy Year of the Horse everybody!