Why 'Plus' Model Robyn Lawley is my new BFF

What's so Amazing About Being a Size 0?

Why 'Plus' Model Robyn Lawley is my new BFF 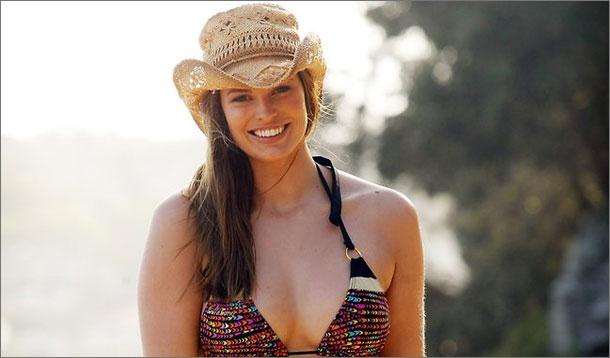 In an article for the Daily Beast, Lawley stands up for Lady Gaga (who's recent weight gain has the subject of much media uproar).

What's so absurd is that this woman, a size 12 and over six feet tall, is considered "plus size." What's equally absurd, according to Lawley, is the fact that celebrities like Gaga are expected to be a size 0 "in order to succeed in the fame game."

Speaking from experience as a young model who starved and tortured herself thin for years, Lawley questions the logic of "manipulating young girls and boys into thinking they have to fit designer clothes, instead of designing the clothes that fit the person."

"Don't these designers have mothers, daughters, sons, sisters?" Lawley asks in the article. "Don't they want to make people feel empowered and beautiful in their clothes?" She calls on the fashion industry to pull up its boot straps by taking a stance. It has to start with them, but I would add that it has to start with us, too. After all, we are consumers, and we have a very loud collective voice.

Ironically, it was only when she began modelling as "plus size" that Lawley truly accepted her body. "What's so amazing about being a size 0 anyway? Is it because that person exhibits control in a hedonistic world? Or is it just a tool of manipulation against us? I am proud of my body, flaws and all." Hear, hear!

She blogs about (refreshingly) about food at Robyn Lawley Eats.