Well, Yes and No. 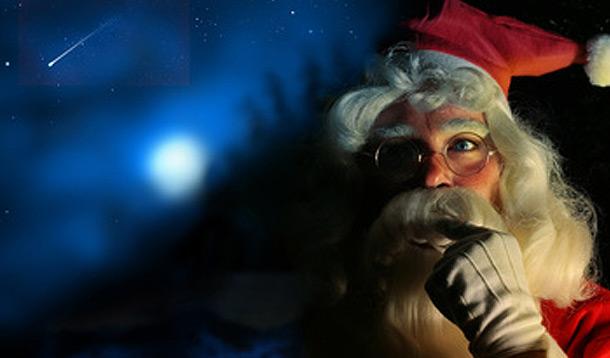 Not sure what to tell your kids about Santa? Well, join the merry freaking club. I love the holidays, but like many folks out there I kind of balk at the idea of perpetuating a myth that can only lead to burst bubbles and dashed hopes.

Santa Trauma is a Real Phenomenon

Added to that is the fact that my son is a very literal thinker. I worry that when he finally pops the "Is Santa real?" question, he will feel betrayed. I don't want to lie to him. To me that is a sadder alternative than the doing away with the guy in a red fat suit.

Something of a late bloomer, I still remember the deflated, bittersweet feeling that came with learning the truth. So if there's a better way to handle the Saint Nick situation, then I'm all over that.

For all the parents out there who want to keep it real without compromising Christmas magic, I give you this most perfect Santa explanation. It comes via a New York Times article by Martha Brockenbrough whose letter to her daughter, Lucy, was recently republished on Pop Sugar:

"I am not Santa. There is no one Santa," writes Brockenbrough. "...Santa is bigger than any person, and his work has gone on longer than any of us have lived. What he does is simple, but it is powerful. He teaches children how to have belief in something they can't see or touch..."

Read the rest of Brockenbrough's letter here. Finally I have the words to paraphrase when the time inevitably comes, and my son asks the hard questions.

You tell me: Do you grapple with the Santa question? What do you think of this mom's letter? 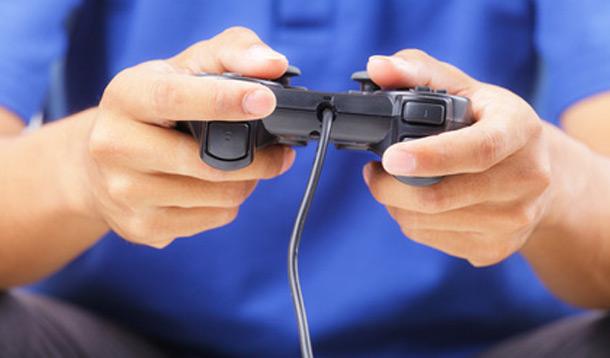 Gaming is about to get real- like, seriously real. You'd be forgiven for thinking this latest bit of tech comes straight out of The Hunger Games. Blood Sport does exactly what it says on the Xbox. In a quest to get people donating more blood, hooked-up gamers would lose actual blood when shot. The fluid would then be donated to banks.

How You Can Find A Clinic Near You To Donate Blood

This genius/whacked gadget is expected to launch in March 2015 alongside the hyped "Battlefield Hardline" shooting game. It's hoped that Blood Sport will be a hit at multiplayer events, "where players would compete to see who can lose the least blood." So, no beer-drinking buddy is hooking you up to an IV machine in his basement; rather this game is monitored in proper settings with properly trained medical staff - or, at least that is the intention.

How it works: The controller vibrates when a player is shot, alerting a circuit board to draw a specified amount of blood. Squeamishness aside, the beauty of Blood Sport is that it can interface with any game system that comes with vibrating controllers.

Its creators are soliciting funds to the tune of $250,000 to enable a full tour of Canada, and aiming to get the support of celebrities like Snoop Dogg and Seth Rogen to see "if they can handle Blood Sport." Needless to say, users have to sign a release waiver before playing.

Notwithstanding the fact that a previous pet project of advertisers Brand & Grotesque involved viewers paying to subject reality show guests to "electric shocks, water bombs and paint guns," Blood Sport has its heart in the right place.

Seth Rogen in Neighbours: Is It Worth Watching?

Giving blood is vitally important, as Erica Ehm knows only too well from a terrifying personal experience. And blood banks are constantly in need. So if it takes some wacky gimmick to get people who may not otherwise donate blood to donate, then I say bring it. The end, in this case at least, justifies the means.

Town Will "Dispose" ALL Living Pit Bulls and Rottweilers

How is this anything but Doggy Genocide?

Town Will "Dispose" ALL Living Pit Bulls and Rottweilers 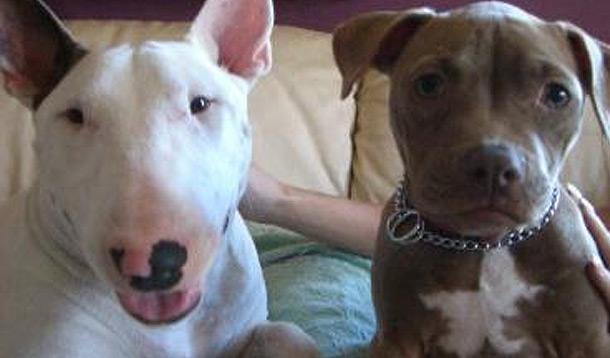 A dog isn't some disposable commodity but a family member in its own right, deserving of compassion and respect, no? Not so in the village of Moreauville, Louisiana, which soon plans to impound and euthanize its existing population of pit bulls and Rottweilers.

This mom wanted a dog destroyed after it attacked her daughter

It's not enough to ban future breeding programs of these so-called dangerous breeds. Following an ordinance passed on 13 October, town officials sent residents a nasty missive in which they threatened to round up dogs still living in homes by 1st December for "further disposition." Disposition? Let's put aside the euphemisms, and call a spade by its rightful name, shall we? What Moreauville officials are doing is nothing short of declaring an all-out doggy genocide. And they are getting away with it.

No wonder O'Hara Owens and her family are challenging the ban under the Twitter hashtag #SaveZeus. They have a beloved pit bull named Zeus, and they are fighting for his life. Imagine for a second that Zeus was your pet, the dog that had grown up with your children. I can't for a second imagine having to explain to my son that Little Sister, his cherished bulldog Rosey, had to be taken away (let alone "disposed of" and discarded like some bit of cardboard packaging).

Amazing things service dogs do for children with autism

But back to Zeus... As someone with disabilities that require her to use a brace and a wheelchair, Owens regards her pit as a therapy dog. "If anything ever happened to him, I would just shut down," she said. "They're going to have to take him from my cold, dead hands before they get a hold of him."

No one has ever filed a complaint about Zeus. Indeed, under the right guidance many pit bulls and Rotties make incredible family pets.

I'm well aware of the countless horror stories in which children have been attacked by these breeds, amongst a long list of others. Yes, it's sickening, but more sickening is the heartless, systematic extermination of certain breeds rooted in ignorance. Let's regulate ownership for a start and mandate adequate training. And by training I mean of owners, not dogs. Many aggressive dogs are no bigger than a hairbrush yet have high incidence rates of unpromopted attack.

If Moreauville insists on going forward with its ban, by all means crack down on breeders - but be humane about it: grant amnesty to living dogs.

You tell me: is Moreauville right to ban these dangerous dogs?

This mom called on her inner Tyson when her daughter was being attacked.