You are the Grinch That Stole 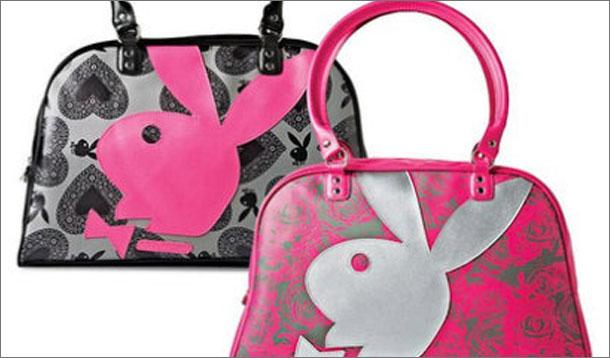 Ah, Sears. The wishlist of little girls and boys at Christmastime. As a kid, I poured over that catalogue for hours, circling toys I dreamt Saint Nick would stash under my tree.

Not once did I covet an item with Playboy bunny branding on it. But friends, it seems the day has sadly come, with Playboy coming to conservative, squeaky Sears.

According to an article in Ballast, a Sears spokesperson is cool with marketing Playboy-branded products to teens and tweens because “arguably it is becoming more mainstream as time passes.”

Sears aren't the only ones pedaling Hugh Hefner memorabilia. The bunny may not connote the playful harpy image Gloria Steinem and Co rallied against back in the day. Still, I would have expected more from Sears.

Are there really 12-year-old girls out there vying for this stuff—from bright pink bedding to blingy bunny-laden handbags.

"I will be the first one to stand up and defend a women's right to her own body," wrote blogger Helen Cleary-Escott. "I completely believe what a woman does with her body is her own business. And what consenting adults do is their own business. As long as it does not involve children or animals, I don't care how you get your jollies."

But even Cleary-Escott draws the line at a Sears-Playboy partnership. Playboy's demographic is men and maybe women who, er, find that sort of look fun; it is not young girls, period.

“You are the Grinch that stole,” wrote Cleary-Escott to Sears.

Please, little girls of Canada, when you find yourselves flicking through the Sears catalogue and circling items on your wishlist in weeks to come, let it include anything free from those perky bunny ears. And parents, pretty please don't put that junk under your tree this Christmas.

Has the Playboy brand lost its sexy edge and become just another meaningless logo? Would you let your daughter walk around with the blingy bunny?

Census Spells End of the Canadian Family as We Know It

Census Spells End of the Canadian Family as We Know It 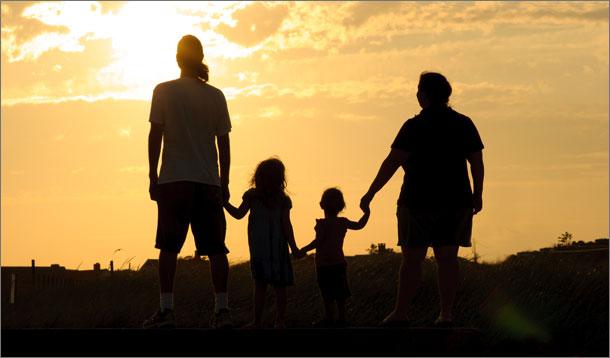 The stats are in and—cue drum roll—nuclear is no longer the status quo when it comes to Canadian families.

The typical mother, father and three biological kids formation from some 50 years ago is no longer typical, according to an article in the Huffington Post. The 'family' has been replaced with variations on the theme, including blended or step families, solos, empty-nesters, and multiple generations all living under one roof.

In the third segment of its 2011 census, Statistics Canada has revealed how dramatically our families have changed over five decades.

On the downswing are married couples, with single parents consistently rising. In 1961 the average family comprised 3.9 people. Whereas, it's now a mere 2.9.

The scales have also tipped when it comes to the number of people living alone, with one-person households making up 27.6 per cent of all homes, particularly in Quebec. For the first time ever there are more 'solo' dwellers than couples (26.5) out there.

In the past decade alone, parents with children form just 39.2 per cent of all families, most of whom live in common-law relationships.

Stats also revealed in the Huffington Post that one in 10 children now lives in some sort of blended family.

Even though there were said to be 9.4 million families in Canada in 2011, an increase of 5.5 per cent on figures from 2006, the dynamics of those families are clearly changing.

Single-parent families were up 8 per cent from 2006, with eight out of 10 being mothers.

Even though the number of same-sex families rose 42.4 per cent from 2006, they still only made up 0.8 per cent of all couples last year.

For the first time, Stats Can honed in foster children, the highest predominance of whom were in Manitoba, and among the First Nations population.

Curiously, step families were most common in the province of Quebec, and least common in Ontario.

The findings certainly make for more complicated weddings. You can never take for granted a straightforward union of two families!

Any surprises here, or does it pretty much ring true with your experience? 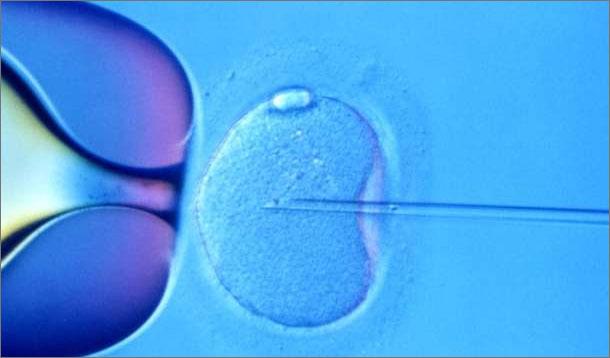 Science has a habit of outpacing ethics. Back in the '70s babies born out of petri dishes seemed off the wall and morally unimaginable. Fast forward several decades and more DNA tinkering.

The latest involving a third party's DNA in cases where the biological mother and father have a "a genetic risk of incurable conditions like muscular dystrophy" to produce a healthy embryo.

Previously this process was forbidden, according to an article in the UK Telegraph, but it may be legalized as early as next year by UK health secretary, Jeremy Hunt. The public hearing will question whether the clinical benefits of such a procedure outweigh any ethical concerns.

Aside from the moral implications of modifying a human embryo, the technique could affect the child's identity and raise a legal quandary about the rights of any third-party donor.

If Mr Hunt allows the maverick fertility treatment, Britain would be the first country in the world to allow human trials.

"[The genetic modification of the egg] is uncharted territory," Lisa Jardine, chair of the Human Fertilisation and Embryology Authority (HFEA), told the Telegraph. "I feel very strongly that once we have genetic modification we have to be damn sure that we are happy, because this is not about us. This is not about our children. It's not even about our grandchildren. It's about many generations down the line what the consequences might be."

According to the article, as many as one in 200 British children is estimated to have some form of mitochondrial disease, with many never manifesting the condition. While an estimated one in 6,500 are left with severe medical conditions, including "muscular dystrophy and ataxia, a neurological condition affecting balance, coordination and speech."

Doctors would cut the nucleus from a mother's egg before fertilization and implanting it into a donor egg (nucleus removed), before continuing with traditional IVF. Damaged mitochondria could be effectively wiped out of the family line, while keeping the identity of the biological mother and father intact.

“For women who have been dealt the heavy blow of living with mitochondrial disease, the prospect of bearing healthy children is of immeasurable value," said Dr Marita Pohlschmidt, of the Muscular Dystrophy Campaign in the same article. "We believe that this technique could open up the possibility of motherhood untainted by the fear of passing on a painful, debilitating condition to their future children."

The Human Fertilisation and Embryology Authority public consultation takes place until December 7. Members of the public are encouraged to post their views on a dedicated website, as well as attend two public forums, in London and Manchester respectively.

Is this fertility treatment ingenious or immoral?