What Happens At Grandma's House Is Totally OK With Me

Why I don't stress about extra treats at Nana's house

What Happens At Grandma's House Is Totally OK With Me 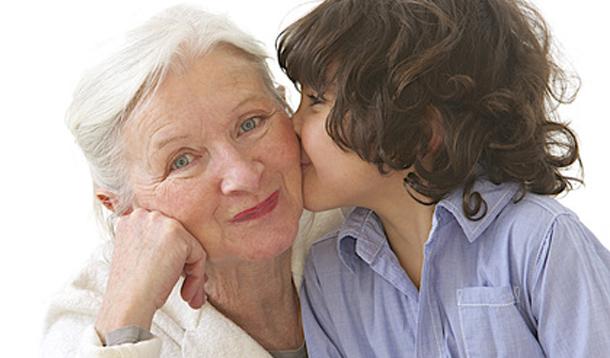 One of my fondest memories of visiting my Grandmother's house when I was young is enjoying her endless supply of homemade cookies (ones that we didn't get at home). We all knew where her cookie jar was, and we were free to dip into it as often as we wanted. My mom didn't stop us from eating more, and I never remember going crazy eating them either. They were simply another reason why going to "Nannie's house" was so much fun.

My parents are the best grandparents to my kids. Both my Mom and Dad have a special bond with my three-year-old son, and they are quickly forming the same bond with my daughter. Going to "Nana's house" is probably the most exciting outing of the week, and whenever Nana and Gramps stop by, my son throws a little party, showing his Grandparents all of his newest paintings and crafts, and begging them to go downstairs to play with him (no begging is needed though—they jump at the chance).

When I was pregnant with my son, my mom asked me if I was going to be "one of those Moms" who didn't allow her kids' grandparents to give them treats, ice cream, and other dessert-like foods. At that point, I wasn't sure. I didn't know how I would react to extra treats given out at Nana's house. I knew that treats wouldn't be off-limits in our house (because I enjoy them, too!) but they would be moderated and offered randomly. I knew that we wouldn't play "food police" in any situation—at home or somewhere else—but I guess I didn't know how much my parents would spoil them with treats, so it was hard to say at the time.

It was hard to bite my tongue when my dad offered my son a second Girl Guide cookie after he had hardly eaten any of his dinner (he was two at the time), but then I thought about the fact that he never ate store-bought cookies at home because I didn't buy them. This is a once-in-a-while occurrence at his grandparents' house and, after all, I couldn't control every bite of food that went into his mouth. I knew that soon he would be exposed to all sorts of new treat-like foods at his dayhome, birthday parties, and eventually school. Although I wasn't happy with food that my dad was offering him, I also didn't want to say "no," as this would only increase my son's desire for it; it would add a certain "mystique" to the cookie, which it didn't really deserve.

Now that my son is old enough to know the difference between a "fun food" (treat) and an "everyday food" (nutritious food), I know that I am completely comfortable with my parents offering him foods that he isn't often offered at home, but only from time to time. He knows that when he is at Nana's house, there are delicious homemade cookies (or Girl Guide cookies, which are my dad's favourite), Kinder surprise eggs, fruit juice, breakfast sausages, and other not-so-healthy foods. My parents never go overboard, but it brings them joy to see the smile on my son's face when they hand him a treat and that brings me joy, too. My parents know that I never bribe my son with food, so they respect this and don't do it either. And offering my son special treats is only one little part of the fun experience of going to Nana's house.

What's interesting is that my son doesn't expect that he will be served the same "fun foods" at home. He knows that Nana's house is different than his house and has never come home from my parents house asking for treats that he is offered there. Maybe this is because I don't make a big deal out of it. I don't react in a negative way, because if I did, my son may start to wonder why it's such a big deal. Treats would likely become more sought after and desired and I would have a bigger issue on my hands. One that could eventually involve my son rebelling and sneaking treat foods when he shouldn't.

I know that my son is going to be exposed to treat foods more and more as he gets older, so I'd rather him explore them in a familiar and fun environment, where all delicious foods are celebrated and where he is free to try them and form a well-rounded palate as well as his own likes and dislikes. The more I restrict these sweet treats, the more he will want them, so I choose to allow them in moderation at home and fairly freely at Nana's house (again, my parents never go overboard). I am not threatened by the extra treat-giving at by his grandparents—or other relatives/friends for that matter—as I feel confident that what I teach my son about food and nutrition at home will shape his relationship with food for the rest of his life.

How about you? How do you feel about your kids being offered extra treats/junk food at your parents' house?

Category:
Food - Nutrition
Tags:
junk foods at grandmas house
when to say no to junkfood
how to control treats at grandparents house
how to control kids candy intake
feeding kids junk food
when to let your kids have treats
Nov
08
2013 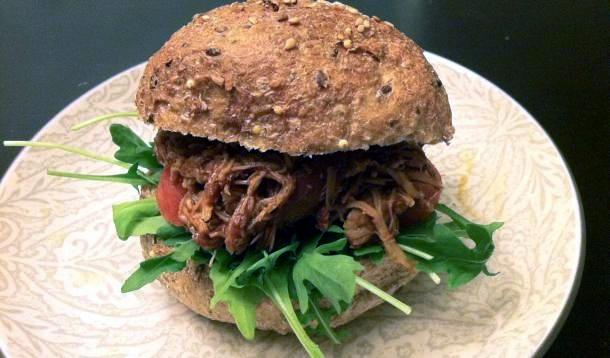